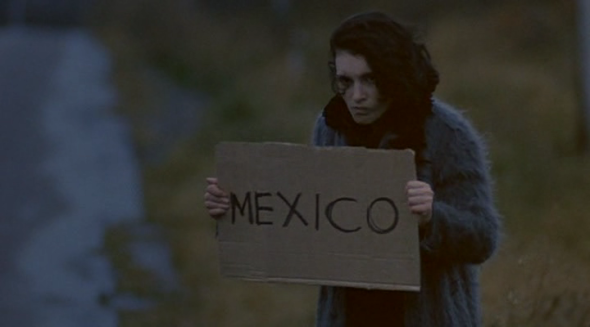 I often doubt the movies I have watched before I legally become an adult. The Tim Allen/Kristie Alley movies of my childhood? I have abandoned those a long time ago. The ones I watched in my adolescence, however, are more difficult to leave behind.

For instance, the unfortunately named Moonie Pottie (Liane Balaban) would just be an unsympathetic sniveling teen if she wasn’t played by someone with the look and build of a Shalom Harlow. And her relationship with her teacher Cecil Sweeney (Andrew McCarthy) would have been creepy if they didn’t have chemistry, surprising for a first timer like Balaban. She’s on good ground most of the time, taking the script into high and low emotions. Her scene with the town doctor (Mark McKinney) is pretty hilarious as intended. 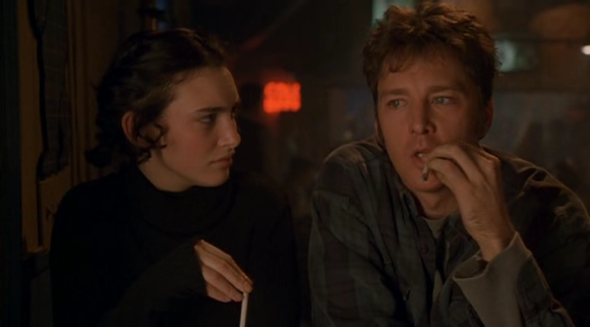 (Beautiful people can get away with anything)

What I haven’t seen before in other movies about small towns is the insularity that the fictional New Waterford has. The town considers Moonie weird becuase she insists on leaving for New York, an invitation they have received that they strangely declined. There is also an older generation factor when the parents push her on becoming a nurse when she clearly wants to be an artist. The whole town, in other words, is adamant on sledgehammering each other dreams.

Moonie is then slightly obsessed with the train and the people who leave and arrive with it. When Moonie sees Tammy MacDonald go abroad the train teary-eyed, she narrates that Tammy would be visiting her relatives in “Cal-i-for-ni-a.” That would have been impossible because Tammy doesn’t look like the kind of girl who has family outside town. Then there’s Lou Benzoa (Tara Spencer-Nairn) willingly exiled from the Bronx with her family, a girl who would eventually become Moonie’s friend. 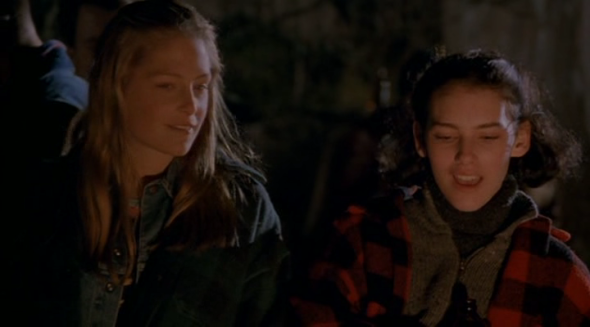 It’s with Moonie’s friendship with Lou that she becomes self-aware of her attitudes about her small town. Both of them talk disparagingly about their provenance and romanticizes the places where they want to be. In one of the scenes where Moonie finally socializes with others, she and Lou gather round a fire with the other teenagers. One starts to sing a folk song and Moonie joins too. Planning to escape the small town and on her way into becoming an outsider in New Waterford, joining the sing along gives her a sense of pride for her home turf.

There are other treasured moments and factoids in the film, like Lou’s mother Midge (Cathy Moriarty) complaining about the lack of a deli in Cape Breton. And that her role as a boxer’s wife is a reference to her role in Raging Bull. And this is a film that features versions of 70’s fashions appropriately toned down for a small town milieu. We do get the Benzoas’ animal print and red leather mixed with the wool sweaters and corduroy of Moonie and the rest of the town.

A decade or so after the film, Liane Balaban ends up as Dustin Hoffman’s daughter in a movie, Tara Spencer-Nairn enjoys syndication immortality in “Corner Gas” and Mary Walsh and Mark McKinney are Canadian institutions just like Tim Horton’s.

Like Moonie’s final reluctance to get on the train, I cannot let go of this film, nor do I want to.

This entry was posted on March 23, 2010 by paolocase. It was filed under Movies and was tagged with 1999, Corner Gas, Liane Balaban, Nova Scotia, O Canada.