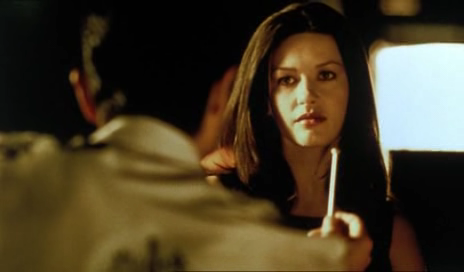 It’s interesting to see Helena Ayala (Catherine Zeta Jones) go from bourgeois California wife to tough negotiator facing drug dealers.The best part about that scene was when Obregon (Benjamin Bratt) tells her they don’t have a deal and she looks defenseless, apologizing for wasting his time. Obergon, seeing her in this state, reconsiders, giving Helena the room for her demands and to make a quip about Obregon’s coke. Watching the tables turned by a woman whose life changed because of a secret is one of the great nuances to this complex film. Although at the risk of sounding like a feminazi or anything, if it was Helena’s husband who found out that she peddled drugs, he would leave her without hesitation.

The roles do get reversed in the same movie in Robert Wakefield’s story (Michael Douglas). Through movie magic, his daughter Caroline (Erika Christensen) swiftly falls from honour student to crack addict, because for some reason rich people drugs aren’t good enough for her. She’s the victim and although this submissive slant is why Robert is helping her, the male is still staying through the female’s troubles. He is her father after all. As his duty, he helps her to one rehab centre after another, even if she runs away. Again, I wonder how Robert deals with a son who gets hooked because of his girlfriend. That would be like the forties, and that sounds interesting enough for a movie for me. 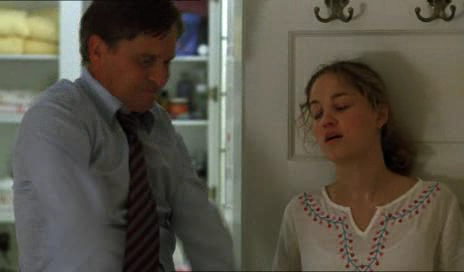 Aside from the US good, Mexico bad, and the blinding monochromatic cinematography, the film’s portrayal of the unique personal effect of drugs is good enough to revisit. This is like what would happen if Kieslowski and Scorsese collaborated on a movie. I kept whining that this movie needs to air on TV more, and here it is, and I hope I run into it again a few years from now if I can find something new. And I kinda wanna see the miniseries, both of them.

We will also find similar narratives in Soderbergh’s new film “Contagion,” and I wonder how Matt Damon and Gwyneth Paltrow’s relationship gets written. When I found out that Gwyneth Paltrow will play one of the first persons infected with a strange disease, I thought shit, Fishsticks got the meaty role. I wonder what that says about me.