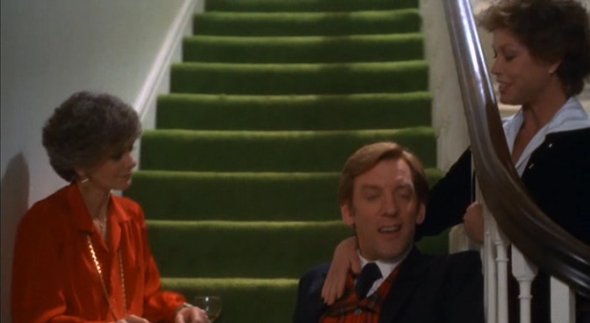 First of all, I would like to say that “Ordinary People” won over “Raging Bull” in the Oscars. Suck it, juiceheads.

Most of what I’ve learned in “Ordinary People” is what I have already learned in “Cache.” White people like having champagne parties with other white people they dislike, they have childhood secrets that they yell out inside urban buildings, their kid’s in the swim team.

I’m gonna paraphrase Ebert that other films tackling the dysfunctional suburban family would have been more contemptuous of them, like Haneke was in “Cache.” The main characters in “Ordinary People,” however, have their flaws but the film shows theories about why these flaws exist instead of using those flaws to attack them. Watching the characters can make anyone feel like they’re watching a dry period piece. This film may have a certain effect on a some of the audience since it mixes bourgeois complicity with ‘golf course America’ inflections.

Conrad Jarrett (Timothy Hutton) adds to that effect by being closed off, sweaty and blaming himself for everything. Teenage alienation is intensified by watching his brother die. His psychiatrist (Judd Hirsch), however, helps him release from being a skinny boy with nervous ticks to someone who is rightfully mad at his situation and articulating what exactly is wrong. We feel relief when he cusses even at his own mother (Mary Tyler Moore) and father (Donald Sutherland), shattering their mannered sensibilities. 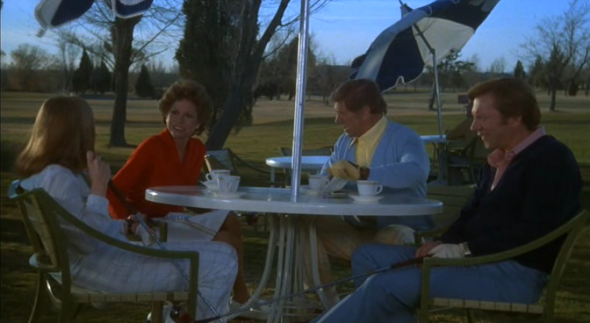 Fine, I will admit that it is not the ‘greatest’ movie but in the way that it does not really call attention into itself. It does not have a Paul Thomas Anderson effect. This is a movie about the suburbs, everything’s tailored. The golf courses, the lawned churches, the columned homes all have a groomed look without a hint of satire. If you can indulge me to stretch, this film is what Gainsborough or Brueghel would have captured with a camera depicting 1980’s America. This is what Kurbick would have shot if he was a sentimentalist.

This movie also stars hot piece of ass Adam Baldwin (not related to Alec) when he was 18 and cocky. You might know him as the wide-eyed young soldier in “Full Metal Jacket.” If you really want to get pissed about the Academy, get pissed that the Kubrickian masterpiece was only nominated for one Academy Award. He was also “Firefly” or apparently “Chuck.” I should watch that show, but not really. 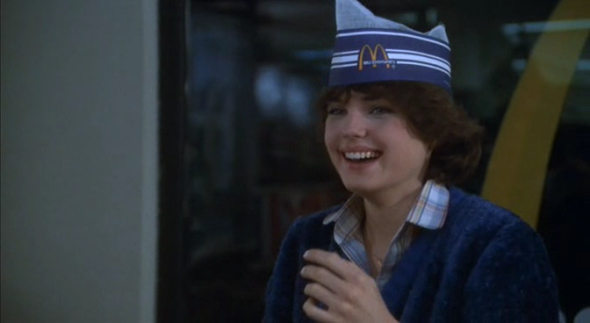 Lastly, if “Ordinary People” teaches us certain truths, it is that drunk people flock to McDonald’s. The end.

The best part about Katharine Hepburn and Ginger Rogers sharing the screen is Katharine Hepburn and Ginger Rogers sharing the screen with eye masks. The Bryn Mawr alum and the vaudeville girl seem to do scenes well together, sharing a lot of them in the film. That’s making me think that the drama between them off-screen was just for publicity. In their first scene, one woman is unwavering against the other’s tongue lashing. In the next few scenes Terry Randall (Hepburn) and Jean Maitland (Rogers) might as well be sisters.

Terry does take centre stage in this film, the new girl in the Footlight’s Club, a dormitory for stage actresses and dancers in Midtown New York. She ends up stealing both Maitland’s boyfriend and Kay Hamilton’s (Andrea Leeds) role in a new play. And this is why they called the movie “Stage Door” instead of “Stage Stars,” as Terry becomes the latest of replaceable actresses on the Broadway stage. Kay hints that she stole a role from another girl a year before, a passive character in Terry’s rise to fame. Had she lived in this time, Kay would be the kind of girl you would unfriend on Facebook, but you cannot help but feel sorry for her. At the end of the film, another new girl comes into the house, and we wonder if Terry’s stardom might be over soon.

(Ain’t having none of it)

That doesn’t mean that Jean’s not a treat. No new girl can stop her from practically ruling the Footlight’s Club. You can listen to her quick wit directed at some of the boarders, or watch her dance away from a stage manager twice her age. She also knows how to say the right thing quickly when she’s the house’s shoulder to cry on.

I saw this film again after reading this article from next month’s Vanity Fair, which is a depressing read by the way. Beautiful dresses, young girls, broken dreams. Both times seeing the movie I wondered if it is time for a remake – the source material is a play after all. Maybe the movie is gonna be about actresses again but it could be for models too. I read a lot about how miserable those girls could be when on their own.