Seminal Television: In Which I…

…predict what Don is actually gonna say for the first time. 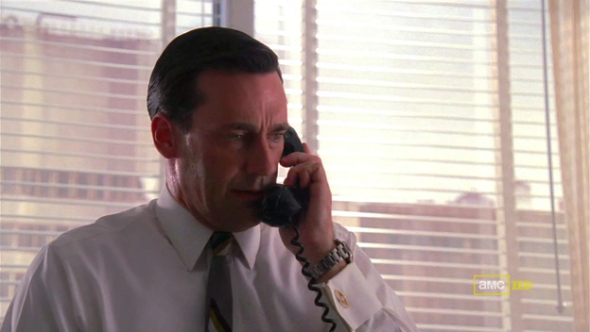 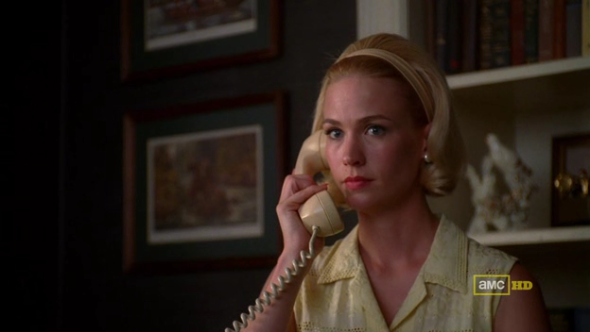 “Thank you.” Thank you. Maybe say that to Peggy next time you rip off one of her ideas, you douche.

Also, Sally looking like a little Drew Barrymore here. The best conversations happen with Don, on the phone, while the worst encounters happen in person, with people who have stunted family relationships. Not saying that Don and Betty don’t have that. Betty and Sally are lucky because can you imagine Henry allowing Sally to go to a rock concert?

McCarthyism has survived ten years after its peak. If I was Don, I would have ridden it out till they actually caught me, but he couldn’t take that risk just because G-Men wanted to know if he was a communist.

It’s funny seeing Don and Betty being a sort of ‘team’ again, looking out for each other 18 months after their divorce. I don’t necessarily think that they love each other with the same intensity as they used to. They have a secret code between two people – you don’t tell anyone what you’re told not to. Later on, she ironically asks Henry to not have secrets between them, hoping she won’t make the same mistake twice.

It’s surprising how that code worked on Betty and Pete, especially Pete since $4 million was at stake. I wish Don and Pete waited until the board meeting before they cut off ties with American Aviation to save Don’s neck. Burt also knows who he is. How will SCDP and Don survive after all of this? 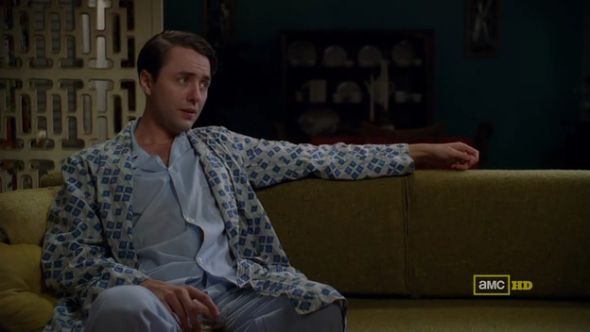 This entry was posted on September 28, 2010 by paolocase. It was filed under Seminal Television and was tagged with America, danger man, Mad Men.