Restrepo chronicles 15 months in the lives of soldiers deployed in outposts of the breathtaking, unassuming and dangerous Korangal Valley in Afghanistan. Journalist/ co-directors Sebastian Junger and Tim Hetherington capture it in a cellphone camera, shaky cam, non-shaky cam and post-interviews when we get too close into the soldier’s faces. In one of the documentary’s first scenes as the troops drive up to their outposts, the Taliban starts shooting at them. The directors didn’t have time to get sound equipment. It feels like the camera has luck instead of access to capture what they can, making the experience too raw and real. Yes, the first few scenes are jarring, but things eventually smooth out when the multicultural, heterosexual platoon create an outpost they call OP Restrepo. 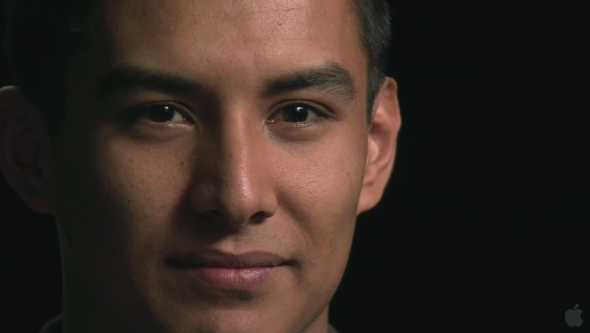 In another earlier scene, Cortez uses updated Joseph Conrad language but we can’t spite him because he follows that with realizing the possibility of his death within the same sentence. He also talks about the effects he’s experienced of a certain mission in his tour of duty in the Korangal. The directors juxtapose the not-so-bad with the bad, duplicating the emotional whirlwind that the soldiers face daily. Pemble-Belkin has hippie parents, goes to war, draws the scenic valley that might kill him. His mother’s birthday follows a charismatic comrade’s death. A shot of another officer sun tanning gets me nervous because we saw his legs first. They’re told they’re coming home and later told that nine men from another platoon have died.

There are so many little details packed into this film, aided by the soldiers’ different personalities. These guys are knowledgeable in geography and strategy and try their hardest in public relations. That they’re silly enough to get into wrestling matches or make faint-praise gay jokes to each other, or drag each other into dancing to shitty 80’s remix music. That they’re allowed to bring their PS2 consoles. That they’re shirtless a lot, even in winter, which still makes me kinda jealous. That asking for unconditional love and cooperation after accidentally killing a few locals is a splendid way of apologizing,  Kearney.

That reminds of the few ‘shuras’ or meetings with the elderly men with dyed red beards featured in the film show that the locals in the film might be nameless but aren’t entirely voiceless. Also, strangely, the few shots of local women and children whose costumes are still colourful despite the war, one girl shying away from the camera. Or birds circling the snowy peaks of the valley makes me think I’ve watched a muscular version of Black Narcissus. 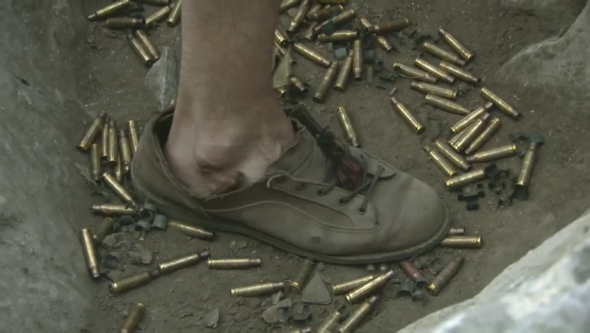 Let me use this part of this post to kinda gripe about the conventions of war films, a genre I didn’t know I loved. Thankfully, this film doesn’t show nor push for war archetypes. Yes, the soldiers sometimes remind me that they’re still the frat boy meat heads of yore by shooting ammo and letting out a hoot. Or when they’re slightly amused by the Taliban running and their body parts dangling, but no more. There are no local bleeding hearts, just ones with grievances. There are blood-soaked uniforms instead of gratuitous death scenes, especially that of the youngest, innocentest one we see in war films. Coldly recounted events instead of soliloquies. Kearney makes passive-aggressive yet carefully constructed language about killing ‘individuals’ – delivered in a straightforward way – instead of being the groan-worthy token racist guy. And no close-ups of dead animals.

Lastly, there’s the other war archetype – Restrepo himself. The film and outpost get their names from PFC Juan C. Restrepo, the said charismatic soldier. The film’s references to him feel like laces, like a soldier gleefully remembering the drunken moments with him in Rome – and yes, I’m jealous because they’ve been to Rome. Or another impersonating his long fingernails and fantabulous flamenco guitar skills, giving us the impression that he may have talked funny. He seemed like a Cool Hand Luke figure, getting that nostalgic treatment because of his death. Nonetheless, this film isn’t about him, a story of a martyr but about the living and their everyday struggles and little acts of bravery.

This entry was posted on September 29, 2010 by paolocase. It was filed under Movies and was tagged with 2010, Afghanistan, America, danger man, death, Documentary, my generation, Sebastian Junger, Taliban, Tim Hetherington, war, War on Terror.