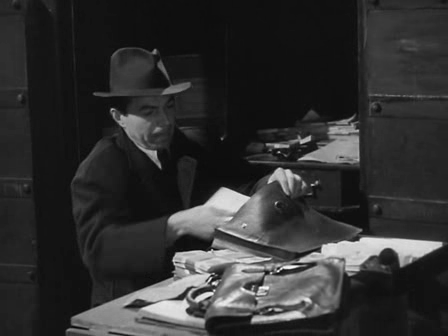 This Carol Reed directed British film noir has everything and will make you feel everything. A leader of Irish rebel group (IRA in everything but name), Johnnie McQueen (James Mason) decides to lead a part of a heist, despite his dizzy spells. A short chase scene, then the team who made the heist loses him. Everyone including the team, the police, urban bounty hunters and priests start to look for him, with slightly different motivations for doing so. The film has the intense mood that fits the genre and ages well, and it also conveys the paranoia that comes with living in a police state. 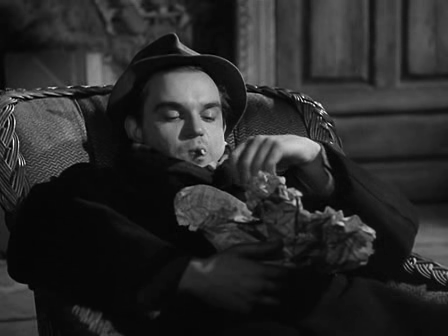 It is also, however, very funny. The humour’s not in the same vein as “The Third Man’s” absurd goodness, it’s more subtle. Dim bulbs make stupid decisions, like Johnnie’s mates who drunkenly confide in a gambling madam who is obviously gonna give them up. There’s also people who were going to have a good time in the shed where Johnnie was hiding, which would have been awkward. There’s also some intelligent humour, like the banter of two housewives who discover Johnnie. I also hope that I discovered a few firsts in movie history featured in here, like violent street children influenced by their urban playground and an actor getting kicked in the face on-screen. There’s also Johnnie, filmed from below, making a powerful speech but something he unconsciously does diminishes that power. They’ve always done everything better in Europe. The comedy within the characters’ actions is naturalistic and didn’t seem like it was selling the jokes too hard. We don’t feel like Reed is mocking the characters he’s directed. This well-balanced set of tones within one movie is instrumental in being the precursor to the Coen style of humour. But then those guys mock the people they’re filming, which they’re free to do so. 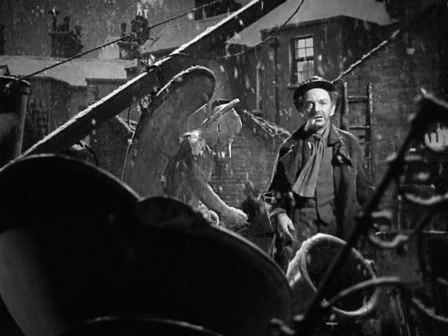 I love it when a movie examines characters going through the chaos of urban scenes. I love that here too. When Johnnie moves from his second location to a third, and we get introduced to a minor character’s friends in the second half, the film almost lost me there. The movie’s also about the last low points of a chapter leader. The audiences just sees the weaknesses instead of a Shakespearean pull to the ground, which might make some viewers question his leadership. And the hallucinations are dated as hell. Thankfully Reed gets rid of the fat and ties all the loose ends with a remarkably effective ending.

This entry was posted on June 16, 2010 by paolocase. It was filed under Movies and was tagged with 1947, Carol Reed, danger man, Ireland, James Mason, noir.