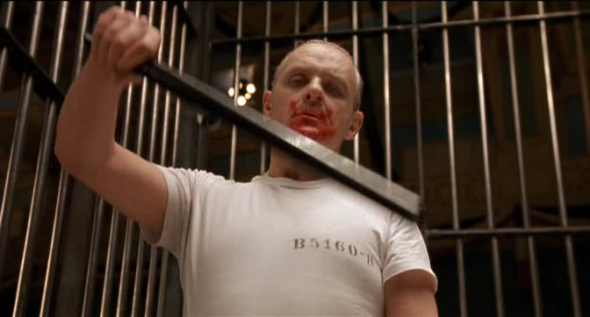 Riku Writes his second post on “Shutter Island.” This may or may not be a good response to both posts. Unlike him, I haven’t read the book and I should. I’m just gonna talk about elements in this movie that I liked and disliked. I saw it through a free promotional screening through CINSSU the day before it came out, and it’ll take a lot of convincing for me to actually pay towatch it again.

That the second Rachel Solando (Patricia Clarkson) never really gets explained in Scorsese’s movie, and don’t you dare take that away from me. That shot of Teddy Daniels’ (Leonardo di Caprio) face while he’s drugged and dreaming, white as lightning. That Dolores (Michelle Williams) looks beautiful even though she wears the same fucking yellow dress. That Ted Levine. That the score crept into my spine and I don’t care if I heard it before. That sometimes I think the star rating system is bullshit for putting “interesting failure” below “flawed first feature by an up and coming autuer.” That Elias Koteas incites both my lust and wanting to build a time machine to see a young Robert de Niro, even if he intended to scare me.

That if Quentin Tarantino made the same movie, people would have fawned over it. That it would still have had Oscar nominations if it was released last year, and now that opportunity is gone.

That infuriating, clichéd high angle shot when he finds out that his children are dead. That not even Martin Scorsese can come up with a good ending to a horror movie, because when was the last time you saw that? That Scorsese and/or Lehane didn’t really need to incorporate the Holocaust into this movie. That the premise of the story was unconvincing. That Teddy Daniels’ arc from contempt against the insane to sympathizing with them was, again, unconvincing. That you knew the ending to this movie by just watching the trailer. That even by knowing the ending, would it still be worth it just for the ride? That seriously, Martin Scorsese, Quentin Tarantino knows how to use the n-word in a movie better than you do, and that’s shameful in so many ways, and if you use that word again, I will cut you.

p.s. NicksFlickPicks writes a more articulate version of most of the stuff I say above.