The titular John Shaft’s (Samuel L. Jackson) and his sidekick Carmen Vasquez (Vanessa Williams) being tough and all that.

Search ‘cluster fuck’ in the dictionary and you will find John Singleton’s ‘re-imagination’ of the 70’s classic Shaft. The movie tries to deliver an all-star cast into a violent pool of bullets, beatings and stabbings. Ryan G. Helms was just talking about this. This is especially true around the movie’s sixty-five minute mark with a scene portraying Shaft’s botched rescue of mysterious star witness Diane Palmieri (Toni Collette). She lives in a pier, for some reason. Anyway, I also love how she’s wearing a leather jacket at home, coincidentally well-prepared for any time like now when she has to escape. When she does, all she does is react to the violence around her, as anyone else in the same situation would.

The swift close up zoom on her is reminiscent of the 70’s camera work and aesthetic. We the audience also get the earlier decade’s vibe from the amentioned leather jackets and the music but it feels as if the movie just tacks on these motifs. Calling this movie Shaft sort of elevates this movie. Without the title it would look like a directionless action/crime movie that came a year too late.

“Yo get the BROAD in the fucking car in!” Ok, Busta Rhymes as Rasaan, a second generation Trinidadian or an American with Trini affectations. You’re such a worry wort.

Hey look! There’s also Peoples Hernandez played by Geoffrey Wright. In both the actor’s incarnations as the gangster and the nerd, he will always be the poor man’s Laurence Fishburne. But only Wright had the body and the audacity to pull off a white outfit like that, with histrionic wailing and self-stabbing, reacting to his brother’s accidental and instant death.

“It’s fucked,” Dan Hedaya weighs in with unintentional hilarity. The most exciting four minutes of those people’s lives, thirty seconds of which is Diane and Shaft crossing a street.

And the thing is Christian Bale isn’t even in this scene. He is in others where his character deals with Peoples and his drugs and a memorable one that stuck out when I was younger. The one in the beginning taking place in a lounge/restaurant, playing Walter Wade Jr., a pompous, rich yet crass character that a younger James Marsden would have played. He throws remarks across the room to where Trey Howard (Mekhi Phifer) is sitting, his racism seeming both out of the decade’s context yet timeless, like many tensions between groups of people in any fictional world. Blame the third world child of my past for that skewed perspective.

When Shaft enters the crime scene, he sees blood on Diane’s chin. She doesn’t talk because she seems like she’s also hiding things on her own.

While ruffling through old…stuff I guess, Nathaniel R found issues of his old zine. He re-listed what he thought the greatest performances of that decade are. 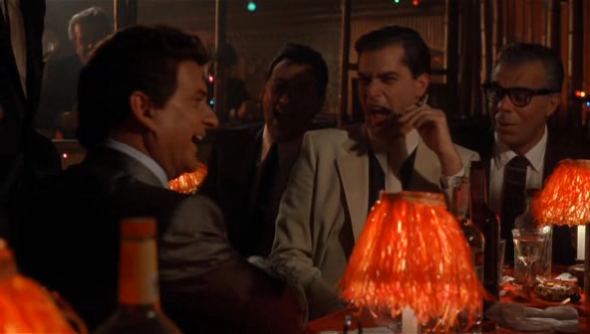 – Joe Pesci, Goodfellas, (199o)
Hey look, it’s Joe Pesci with feelings!
– Ted Levine, Silence of the the Lambs, (1991)
You know what, this performance is a little bit campy, but scary and will offend generations to come.
– Anthony Hopkins, Dracula (1992)
Scarier here than as Hannibal Lecter.
– Leonardo di Caprio, What’s Eating Gilbert Grape (1993)
He’s proven what he can do at such a young age.
– Samuel L. Jackson, Pulp Fiction (1994)
Put cool, hilarious and scary into one gunman.
– Vincent Cassel, La Haine (1995)
Great as the funny, deluded guy from the Paris ghetto.
– Steve Buscemi, Fargo (1996)
Makes the audience realize how crazy these kidnapping plans go.
– Timothy Spall, Secrets and Lies (1996)
This family man role puts him on different emotional fields.
– Robert Forster, Jackie Brown (1997)
You wouldn’t think of him as Pam Grier’s best leading man, but there he is.
– Brendan Fraser, Gods and Monsters (1998)
Remember when this guy did actual acting?

– ETA: Lorraine Bracco, Goodfellas (1990)
Can’t believe I forgot about this innocent turned crazy-emotional performance
– Jessica Lange, Cape Fear (1991)
Smoldering sexuality comes easy with this lady.
– Angela Bassett, Malcolm X (1992)
The only woman who could play Malcolm X’s wife and in one or two incidents, his formidable opponent.
– Winona Ryder, The Age of Innocence (1993)
As May Archer, a woman who sounds so nice saying the most manipulative things.
– Melanie Lynskey, Heavenly Creatures (1994)
Gotta give Ms. Lynskey a hand for how brave she tackled her sexually blossoming character.
– Sharon Stone, Casino (1995)
Goes all out as Ginger, the boss’ damaged wife.
– Kristin Scott Thomas, Richard III (1995)
The best in show in a film of great women, she gives her one speaking scene as Queen Anne great complexity.
– Bridget Fonda, Jackie Brown (1997)
Exudes confidence as the surfer girl, Melanie.
– Julianne Moore, Boogie Nights (1997)
That scene outside the courthouse. 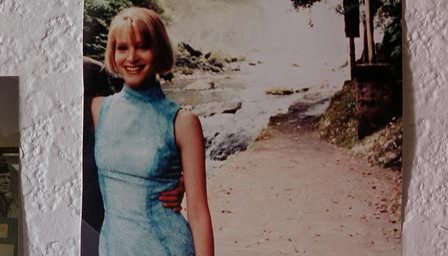 – Anthony Hopkins, Silence of the Lambs (1991)
Slithers his way into Clarice Starling’s sympathies, and ours too.
– Denzel Washington, Malcolm X (1992)
Great range from anger to spiritual enlightenment.
– Colm Feore, Thirty-Three Short Films About Glenn Gould (1993)
Feore helps us learn about this fascinating man.
– Bruce Willis, Twelve Monkeys (1995)
Out of the performances in this list, his is the most visceral.
– Billy Bob Thornton, Sling Blade (1996)
He makes interesting choices in this role.
– Samuel L. Jackson, One Eight Seven (1997)
Again, scarier than Jules when he teaches us about the ‘philanges.’
– Johnny Depp, Donnie Brasco (1997)
One of the greatest performances within the performance.
– Jeff Bridges, The Big Lebowski (1998)
Boring answer, but he plays a stoner awake.
– Dylan Baker, Happiness (1998)
Such a sympathetic portrayal that you won’t even believe the truth about him.
– Matt Damon, The Talented Mr. Ripley (1999)
Great as a love-to-hate shape shifter. 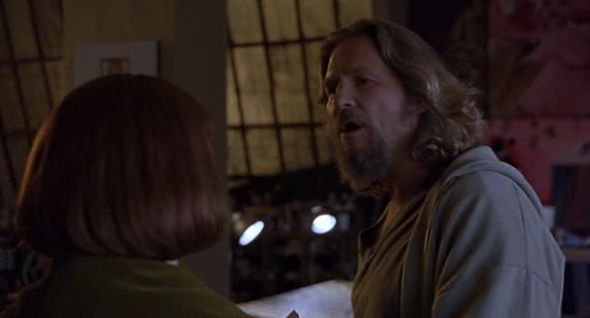