Movie Pitch will be an occasional and crappy column. Here I will conjure up alternate universes where better movies exist instead of the ones that are unleashed onto the viewing public. The first movie I will be talking about is my second official 2013 movie (the first being On the Road). 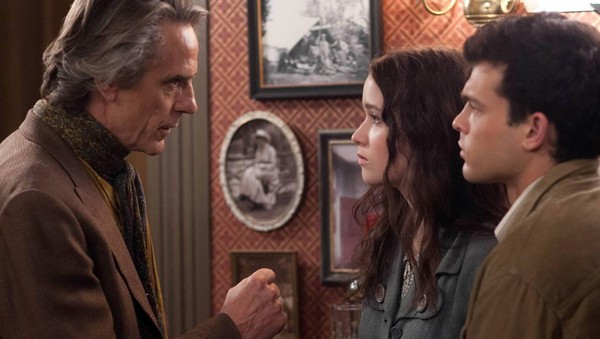 So. I don’t necessarily dislike Beautiful Creatures. It’s The Twilight Saga meets Scott Pilgrim vs. the World. Why the Scott Pilgrim reference? The movie’s protagonist, a Southern bookish jock unicorn named Ethan Wate, is played by Alden Ehrenreich, whose comic expressions would have made him the overlord of Studio-era screwballs. I really need to watch Tetro. Anyway, he finds himself dreaming the perfect girl into existence. She’s Lena Ducahnnes (Alice Englert), who is moody and inflicts her Natural talents and change the weather, occasionally making rain fall on the very spot where her boyfriend Ethan Wate (Alden Ehrenreich) stands. Basically she’s inflicting her angst onto a submissive guy. She can do this not because she’s a vampire but because she’s a witch or a ‘caster,’ the movie’s supernatural race who dress like Alexander McQueen was still alive (sigh). And instead of abstinence we have a heterosexual white couple who can’t get their hands off each other, expressing their intimacy in a health way and without creeping out audience members who are older that the book/movie’s target market.

But I don’t care if Lena Duchannes, and Ethan Wate or Hannah Horvath and JoshUA exist, no matter what the latter looks like. I just don’t like watching people fall in love with selfish people.

So instead, here are movies that can occur within Beautiful Creatures’ universe that I would rather have seen.

a) A movie where Lena’s mysterious uncle Macon Ravenwood, played by Jeremy Irons, narrates the movie. His voice should have put him in every movie ever made, Hollywood.

b) The second half of the movie reveals Lena’s evil mother Sarafine, who has possessed Lena’s boyfriend’s best friend’s mother Mrs. Lincoln (Emma Thompson), Sarafine turning the latter from a dowdy ‘church lady’ into the kind of woman who lingers at an uptown bar during last call – no judgment. I know there isn’t going to a franchise out of the book series because this movie landed at a pathetic 5th place at the box office during Valentine’s Day. It even feels like the movie was preparing for franchise failure by what happens between Lena and Sarafine. The book’s real ending is that Sarafine retreats but promises to come back – within different bodies. As much as I don’t want to rob Emma Thompson of work can you imagine a movie series where a villain was a different veteran actress? Think of the possibilities. Anyone from Harry Potter. Emily Watson, Miranda Richardson, Joely Richardson, Patricia Clarkson, Michelle Pfeiffer. Female Glengarry Glenross. Sophie Okinedo. 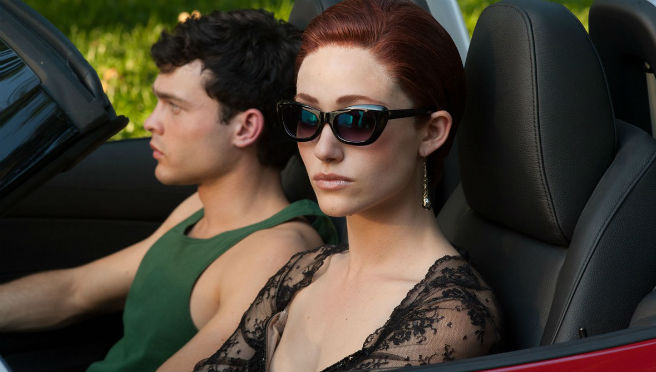 c) This is the most important one. Unhappy caster families are unhappy in their own way. Aside from a ghostly uncle and an evil mother, Lena also has a quasi-evil cousin named Ridley (Emmy Rossum). The movie dedicates a whopping minute or two telling Ridley’s back story, showing a good caster turning bad. That back story could have been its own legitimate novel and French Extremity film. And Shameless aside, it’s time for Rossum to play a compelling lead role in a film.