Inside Out: Children of God 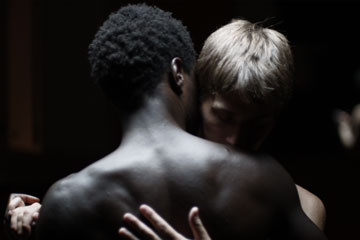 “Children of God” is an island of clichés. The progressive white gay guy, the closet case Uncle Tom, the female preacher infected by her homophobic closeted husband. It’s also a cautionary tale for smarter young gays and gay filmmakers. If you’re gonna let a man inside your rented home after knowing them for a day, do not let them sleep over because he will steal from you or kill you (this doesn’t happen in the movie). Do not pretend ‘allergies’ is an excuse. Do not give bedroom eyes to another guy only to shut him down while your beard pours her drink at his face. Fight homophobia through activism instead of making some ’empowering’ speech only four people will hear.