A film known for its memorable songs and emotional valleys, George Cukor’s 1954 musical remake of “A Star is Born” is also an effective parody of the Hollywood machine. Its circular events calendar and more circular narratives, lack of willingness to open doors, the 1950’s craze of finding the most groomed instead of the most able (I’m looking at you, Grace Kelly), vampire-like treatment of its talent whom they perceive as expendable, lack of respect for its talents’ privacy in dire times, absolute falseness,  exoticization of the rest of the world and disseminating that information into the American household, misguided and hateful press agents (Jack Carson), how it separates loving couples. I suppose Norman Maine shouldn’t drinking that much or that his problems aren’t caused by Hollywood, or that Esther Bloodgett/Vicki Lester (Judy Garland), but Hollywood still looks bad.

It also looks bad because Esther, one of its victims, has so much humanity and pathos. She gets discovered by alcoholic superstar Norman Maine (James Mason), and her soaring career coincides with his self-destruction. I can’t pick out her shining moment in the movie. While she’s in the car with Norman, she seems to belong to her big city present with hints of the small town little girl of her past. As she’s in between the musical movements of  “In the Trunk,” she goes from caramel-voiced actress then breaks out into song, holding back tears of joy and gratitude. In her dressing room, still in a jolly costume as an androgynous newspaper girl, she tells Oliver Niles of how she hates Norman for failing but says it with sorrow and remorse, and brings audiences to tears.

James Mason gets a moment too. It’s the last movie played in his retrospective, and what other way to end it than with his performance in this movie. Playing opposite Garland takes a lot of subtlety. But my favourite scene for him is when he ‘Kanye’s‘ his wife at an Academy Awards ceremony. He tells those who are attending the banquet that he knows them by their first name, convincing authority from a man who is there to beg. It’s horrible for him to do, but we still feel his pain. I also just inexplicably like it when actors stutter at the right moments. Both Mason and Garland play off each other well in this scene, even if they don’t look like a good couple in a few other scenes. And his “Why do you disgust me” in the first scene brings laughs too.

The movie’s a circular one, beginning and ending both in a Hollywood benefit show. Esther returns to the place where she met Norman, filling his place. She appears to her audience as Mrs. Norman Maine, positioning herself as a traditional wife, as one of Hollywood instead of just being a newcomer. As she belts out in one of her numbers, the show must go on.

Oh and if you like Mondrian, you’ll love this movie too.

A good ten minutes of “A Star is Born ’54” are just monochrome film stills accompanied. Those ten minutes seemed thrice its length, almost ruined the experience, I wanted to walk out and get my money back. I should have known that film executives cut it up because the original three hours was apparently too long by test audiences at the time. Thankfully the last inserted parts of the film ended by the 70th minute, and the meat of the film and its musical numbers are intact. I was eavesdropping other people’s conversations after the screening, women in their forties strongly saying that the stills added nothing to the film. I hope to hear the other side of the argument someday.

Image: All About Eve

Inspired by Nathaniel, again. Nominees for that year.

I don’t wanna be that guy who ridicules the Academy for its missteps, but I just noticed something about the year I indicated above. What do I know, I’ve only seen seven movies from that year, but those seven have pretty good performances. In essence, I’m FYC’ing people 50 years too late, and I’m really pushing myself for a chance to watch the movies that won and were nominated pretty soon.

Elizabeth Taylor got a nod for her performance in “Cat on a Hot Tin Roof.” I haven’t seen it in a while. For an untrained viewer it would seem like there’s nothing special about her performance. But then her husband died while she was filming. Another actress could have made Maggie unwatchable, desperate and shrill but she made her character alluring and strong. But is that enough? Besides, Richard Brooks turned the movie into a ‘sexy drama’ and I still wonder what Elia Kazan would have done if he directed.

I do however have high praises for the supporting cast, who stole the show. Judith Anderson was haunting as Big Momma, and I can’t believe she was overlooked. And she gets better with other movies, but I love Madeleine Sherwood here too.

And then there’s Kim Novak in “Vertigo.” Honestly, I like her more as Judy Barton. Matt Mazur called Judy Barton ‘de-glammed’ although I see a campy character who’s rough on the edges, the total opposite of the classy Madeleine. Basically a character who’s lived two lives. Novak thankfully made her character balance these two personas well, without seeming schizophrenic. Novak could either have been a lead or supporting, but the poor box office revenues probably took it out of consideration for the Academy.

Another overlooked masterpiece is “Touch of Evil.” I don’t know why I’m so partial towards Janet Leigh because she becomes so much better a few years later and the Academy only paid attention to her once. Regardless, she can do more asleep and drugged up more than most of her generation can do awake.

Over-reading All About Eve 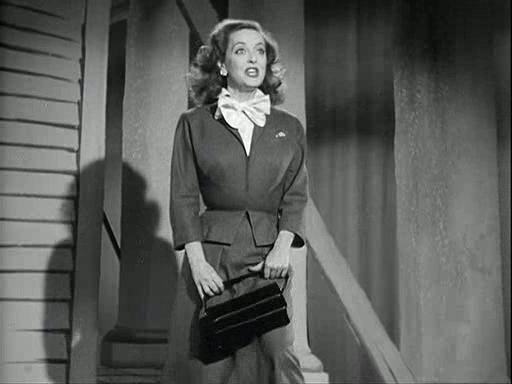 As suggested above, let’s do some over-reading. Margo Channing (Bette Davis), captured in a straightforward long shot, is on stage in front of a fake set, starts a row with her agent and her playwright Lloyd Richards in the audience area. The counter shot of her agent and her playwright are side view medium shots. They’re in the real world, they’ve trapped her in the fictional world and she wants either control of the world given to her, or she wants out. They can only bellow towards each other – that’s how distant they feel towards each other.

My first screening suggested that she’s a diva, but it’s more complex than that. Lloyd tells her things like ‘I shall never understand the weird process in which a body with a voice finds itself with a mind.’ Never have I heard the word ‘voice’ to limit another person. He compares her to a piano, which she takes offense for. 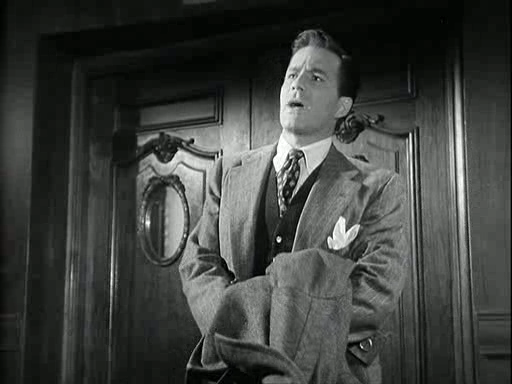 Art’s a collaborative process. Lloyd doesn’t get that, many people who might watch this won’t get that in the beginning, Margo gets a raw deal. This is probably why she wants to give Eve the torch and leave and get married. And even that gets complicated since she wants to marry so that she could become a ‘woman,’ as if being an actress makes her less than that.

Those are the few reasons why I preferred this movie over “Sunset Boulevard.” Cynically, the movie is two hours of watching people fight, but that’s what friends do. Its subtle, eloquent  script trumps “Sunset’s” Mr. Obvious voice-over. Or maybe it’s because I’ve seen “Sunset’s” ending twice before watching the movie in its entirety. That’s gonna ruin things. 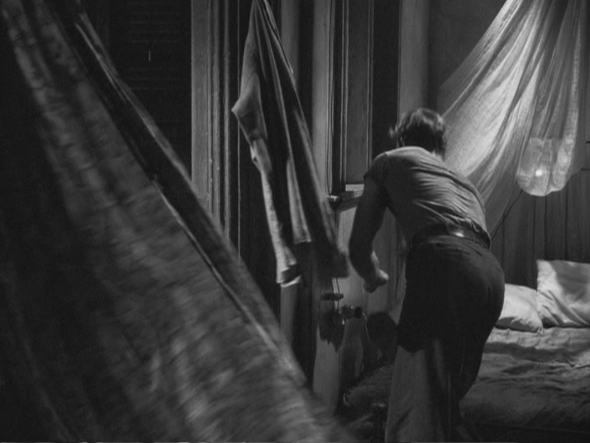