‘I pass by here every evening and hear the foreign music.’ These words are from an old, unassuming Emmi (Brigitte Mira) tells a hostile, word-down Brigitte Bardot copycat of a barmaid inthe first scene of Rainer Werner Fassbinder’s Ali – Fear Eats the Soul. These first words set the film portraying Berlin as a city at odds with each other. Berlin has traces of multiculturalism, a pan-Islamic enclave in the city attracting Emmi, a Polish man’s widow. Emmi, a cleaning lady, dances with Ali, a 35ish Moroccan man who’s just as lonely in a big city as he is. 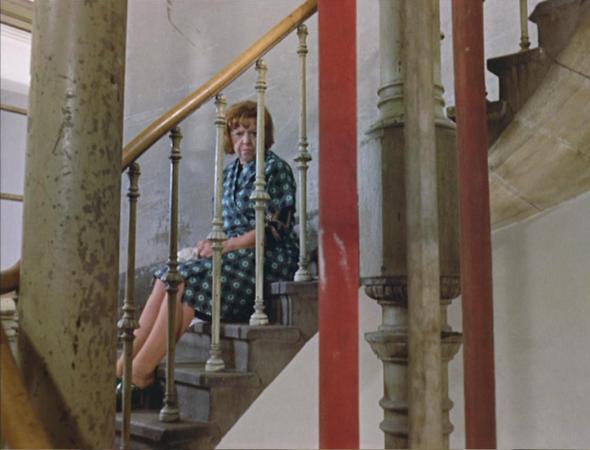 Then there’s the Berlin and Germany that works against this multiculturalism, that coincides with its reputation. The Hitler references aren’t here for nothing. As Emmi and Ali’s romance blossom, gossipy neighbors, coworkers, family members and others around them talk about the couple negatively. These characters also don’t shy away from using their races and non-Germanness against them. The other cleaning ladies talk about other women who have been in relationships like hers, giving the audience an impression that this is more prevalent and apparently, looked down upon. Emmi’s daughter Krista (Irm Hermann) calls her a pig, a slur she also fittingly calls her own lazy husband, Eugen (Fassbinder). It’s also jarring to watch these people call a 60-year-old woman a whore. The racist characters can also be harsher version of the audience, making the latter wonder about their own reactions and possible objections to the couple being together. Yes, they marry for the wrong reasons and their relationship is based on completing each other instead of complementing each other, but I can only imagine other couples getting married the same way or worse.

Fassbinder visual style has been described as opulent, reflecting the multicultural subject matter of this film as well as the colour choices seen in his ouevre. The camera angles in this film also interest me. Emmi and Ali’s first dance looks like it’s shot from the back of a chair. The gossipy neighbour’s head maliciously popping out of her window. Sometimes scenes between the couple are shot while slightly obscured by a corner of a hallway, or from far away. Or stairway railings between Emmi or Ali or Emmi’s eldest son and the camera. Sometimes the main characters are seen through mirrors instead of directly by the camera. It’s as if, like the neighbor, we’re watching this story unfold, peeping at the characters intimate revelations.

There’s also this ‘Twilight Zone’ effect when the other characters decide, with a few words, to accept this unlikely couple. I also felt said effect when no one apologizes for their past actions except for Emmi’s eldest. Perhaps I’m overreading, but the change is all the more jarring since it seems like these other characters will do the same routine to another couple. Nonetheless, the pain they have caused, as well as other emotions within the couple, help cause a strain in the relationship. Ali realizes that this marriage didn’t make him less lonely nor objectified, Emmi slightly adapts the racist attitudes of her peers and treats her trophy husband as a body instead of a living soul. They work through their problems, Ali remembering his devotion for her, she realizes she hasn’t been a saint all the time. They go through more hurdles, reminding them that the happiness, although impossible through separation, is still difficult to achieve in a loving partnership. 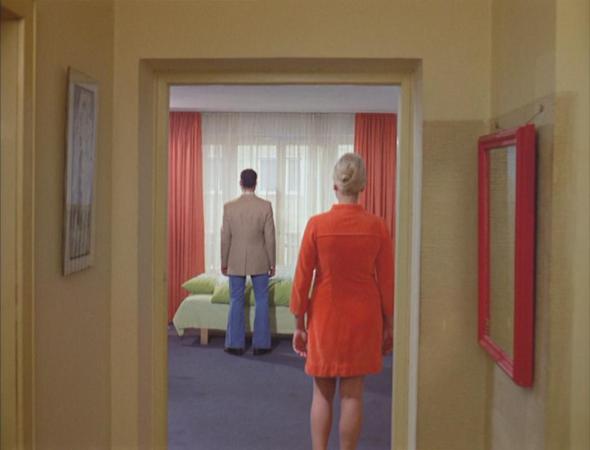 Save the Last Dance

I first saw this movie on a plane, and not just a plane but on my plane coming to Canada. Save the Last Dance helped shaped my young naive mythology and imagination of this continent and high school. I ate the movie up, I ate the soundtrack up (featuring Method Man and Redman, Fredro Starr, Pharoahe Monch, Pink). When the cool kids in Grade 9 were talking about when they were talking about fake ID’s, this is what they were talking about. But unlike the kids who went to my high school the cast of this film, mostly in their thirties, won’t have a hard time getting into some grubby club that don’t look like the Le Deux copycats in our entertainment districts here. Yes, Fredro Starr, if you threw me to the walls of my high school washroom, I’d just make fun of you for being in high school at 34. So I was a bit elated when this movie came on TV less than a week ago.

I’m trailing. As you know, this movie is about Sara (Shakespearean actor Julia Stiles), who has to move to Chicago and give up ballet because of her mother’s death, insipid enough to wear little hair clips, deny that she accidentally calls Derek (Sean Patrick Thomas) an know-it-all asshole in front of his sister Chenille (Kerry Washington) and say ‘Noo’ when Chenille asks her if she likes him. She gets this sibling duo as her Uncle Toms, teaching her the ropes in a cutthroat urban high school milieu, that the correct word for ‘cool’ is ‘slammin,’ that dance is her passion and the way for a white girl in the country to connect with a predominantly black populous. What does she give them in return? She buys Kerry Washington‘s character a rum and coke, no ice, and she gives Derek (Sean Patrick Thomas) her body. He’s thirty years old, Julia, don’t ‘git’ with him. 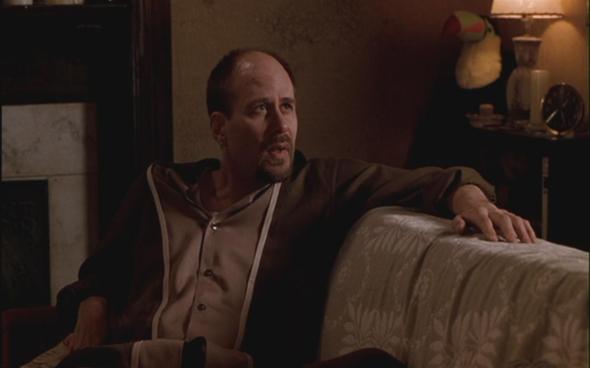 Hey look, it’s that guy from “Oz.” Everyone else from that show got another show, like “Dexter,” “30 Rock,”  “The Wire” but nothing for him. Another casting note is Nikki (Bianca Lawson) who also plays Kendra the Vampayar Slayer, my favourite slayer. That girl fights like girls in my high school used to fight.

A little part of me wishes she was more famous, if her acting and everyone else’s acting for that matter weren’t so bad. There was also a DJ named Snooki, a male character. So I changed the channel.