Hedwig and the Angry Inch

Apparently Michael Pitt played a young, clean-cut football jock in “Dawson’s Creek,” thus becoming the show’s second most successful alum. I watched the show’s first two seasons but I wouldn’t know. The Michael Pitt that I know is the one who got his rocks off at a tub, as well as other forays into American indie cinema.

The off-Broadway incarnation of “Hedwig and the Angry Inch” has its star, writer, and director John Cameron Mitchell plays both the titular East German transsexual rocker and her arch-rival Tommy Gnossis. The film begins with Hedwig singing one of her songs about the origin of love and he might as well be singing about their broken relationship as lovers and mirror images as well as about his disjointed body. In the film, Pitt plays Tommy and we can see the characters in their separate lives when Tommy has become famous and during flashbacks, when Hedwig is still singing in restaurants and Tommy is still a God-fearing 17-year-old. Instead of an off-screen reference, Hedwig now has someone to lust for, to break her heart and to plot revenge against.

Pardon my ignorance on queer trans body politics, but it’s easy to assume that drag is an exterior performance. Camp and sex appeal, essentially. There is some truth to this bravado in the film, as we look at Hedwig’s glazed eyes as he looks into the mirror, looking like one of the deadpan mannequin heads where he places his many wigs. But Mitchell also remarkably infuses interior layers within Hedwig, a confident performer and a vulnerable child. There’s a revelatory scene when he appeals to Tommy that he Tommy loves her, he should also love the front of her. Of course it’s a hard sell. Nonetheless, her drag side is so human that we the audience might be surprised at what she looks like in the end.

An open letter to the province of Quebec.

I channel surfed my way into a film called Les Innocents, which turned out to be Bertolucci‘s  The Dreamers. Having seen it before, the French dubbing makes hasn’t changed how this film is a cineaste quiz that, unlike Tarantino films, gives the audience the answers with delight. It is a love letter to cinema after all, and that this second time watching it, I’m getting and remembering more right answers. One of these days I hope to match the trio’s film knowledge, winking at each other’s references after going to the movie theatre. Also, how it has Eva Green‘s character Isabelle instead asking ‘quel film’ and for that matter, that this film introduces us to Eva Green and we still thank it for that. That there is no way Eva Green isn’t or doesn’t speak French. How Michael Pitt‘s body makes me not wanna eat anything. How I will always want to visit Paris because of how they visually capture the city’s energy and anger. How I still vie for and romanticize revolution and that I still think of the joy of watching Michael Pitt’s Matthew as he dresses up like James Dean, walking the streets of Paris, and thinking to myself ‘That’s a real cinema lover,’ and not those snobs polluting universities today. How I wanna run through the Louvre with two people I love in a fraternal way, because I’ve accepted the possibility that no other gay guy loves movies. All because of this movie. 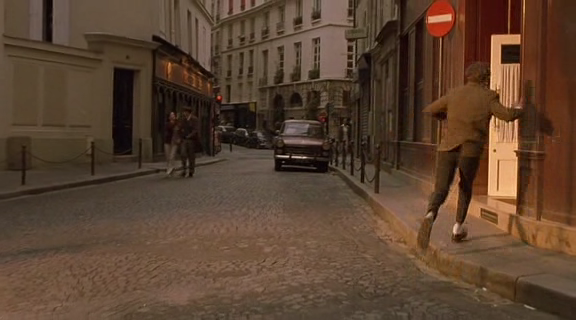 This was my first Bertolucci, a director I know now through his portrayals of flapper girls, threesomes and the dangers of fascism and communism.

And the nudity, which you guys are probably used to more than we are. I don’t remember much nudity – I’d remember such things. Well, aside from Isabelle dressing up as Venus de Milo – real cineastes are well rounded people who know art. Or Isabelle finding her picture on Mathew’s crotch, but not the crotch itself. Or the three young people discovered by Isabelle and Theo’s (Louis Garrel) parents, the former naked and sleeping peacefully like angels. But there’s more. Isabelle Matthew have sex on the kitchen floor while protests are happening outside, As both Matthew and Theo find out that Isabelle loses her virginity that night, Matthew and Isabelle kiss, her blood on Matthew’s hands and on both their faces. When she finds out about her parents discovery, she dresses up and tries to kill herself, but is stopped when something breaks their windows. Here, like in any Bertolucci film, sex and politics clash as they take on their most primal, animalistic and violent forms.

Enough of my pontificating. First. No scaring by putting it on the TV Guide listings as an adult NC-17 film. Although yes, it made me feel cool to finally have seen an NC-17 film.

Second. We English Canadians are generous enough to use subtitles when we put movies with your language and other language on the big or small screen. Do the same, please. During the commercials, you guys renamed that horrific Leighton Meester movie ‘Le Coloc’ and dub it in French! I don’t care if you’re trying to preserve your culture by Frenching everything, we in English Canada do that by watching hockey or something. I know it’s ridiculous if I’m trying to play with my rules on your channels, or that I’m complaining about characters in Paris speaking French. That I’m complaining even if the actors themselves did the dubbing. That I’m complaining about the dubbing of a minor masterpiece and a piece of crap instead of the apparent dubbing of the Marx Brothers. None of this dubbing crap. I’m actually one of those people who wanna remember the conversations between the sex scenes. 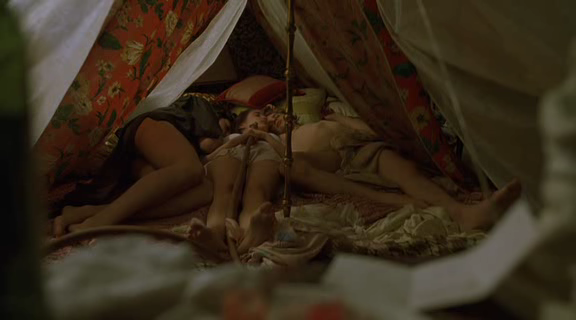