Shane was the first movie my class watched when I took my first film class in university, the movie with the little annoying kid whose awkward phase didn’t seem as clear. But look who’s holding the film’s first gun! It’s Little Joey (Brandon de Wilde)! I’ll overthink this moment in the first scene as showing that past culture is indoctrinated to violence. 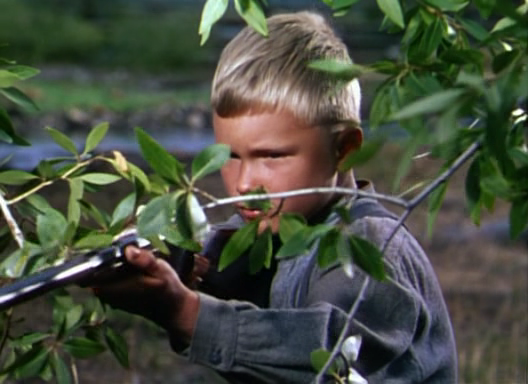 This scene is before the titular Shane (Alan Ladd, noir alum) shows up, and way before Joey’s mother (Jean Arthur, Capra alum) tries to shield the boy from the violence that the past generation still has to fight. This part also shows how potentially lush the land could be. I can’t remember ever seeing a leafy plant in a Western in a long time, and road buddy Westerns like True Grit or The Searchers might not count.

In The Christening, immature army boy Janek bunks with his best friend, burgeoning businessman Michal and the latter’s wife, Magda, coincidentally a week before their son’s baptism. His stay complicates the latter’s marriage and reveal each other’s differences as well as the men’s violent past and the people from it.

There are many close-ups of Janek’s face, who lacks conventional handsomeness with his bug-like blue eyes and a scar in his forehead, but looks able-bodied, sinister, childlike. Watching him smoke, or looking at the cross – many images that are read as Christian symbolism, by the way – feels iconic. There’s also the cold greens, blues and blinding whites used in the film. Magda’s hair gets flushed out into the stark Warsaw this movie depicts. 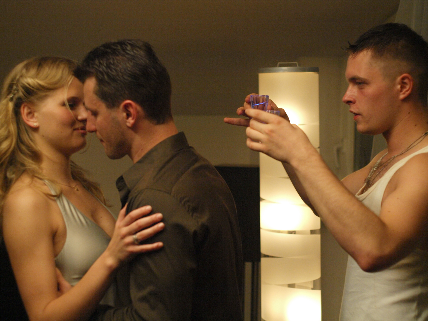 And in Magda lies the film’s flaw. Director Marcin Wrona regards her as an innocent angel, Michal’s relief from the underworld he comes from. She’s not completely one-dimensional, with her defiant reaction against Janek’s stay. Yet I feel as if she doesn’t have a life outside her marriage – Michal sometimes makes his demands known to her in terrible ways.

Despite of that flaw, The Christening is a thrilling drama that shows how the underworld can psychologically control those who find themselves belonging to it. The emotions and evolution of Janek and Michal make this a worthwhile discovery. The film has scenes of violence and sexual aggression. If Ben Affleck runs out of material, someone should show him this movie, although Affleck’s women are stronger. 4/5.