It’s really hard to talk about movies I love. Since I was under the academic wing, movie writing is especially difficult with examples that have a lot of comic relief. I would be talking about a pimp describing “a coked up whore (not Madeleine Stowe) and a fucking crazy dentist (not Bruce Willis)” instead of dystopia.

And dystopia’s pretty much what the movie’s about – the world is shit both in the 1990’s and in the mid 21st century. We see a grungy mental institution with overconfident psychiatrists and contrasted against a group of scientists who cannot even get the poor man to travel in time properly. The 1990’s attitude is when psychiatry and labeling people like James Cole as crazy is the norm instead of helping him as the prophet that he is. The 21st century, however, does not want to overdo themselves by changing the future but instead want to learn from it. The future scientists also get closer to their mark in all their attempts to solve their historical puzzle. 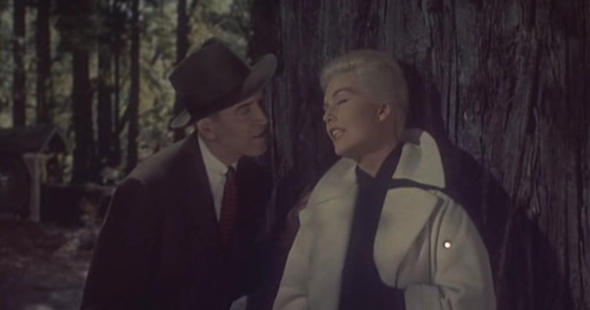 I also love how “Twelve Monkeys” is the closest well-resulting thing we can have of a Vertigo remake without it being too literal and therefore terrible. At one point, I even felt like this film is better than Vertigo. Like the Hitchcock film, one person contracts the crazy just as the other tries to wean himself off it. Both use insanity as a metaphor for love and vice versa, as the protagonists want to live in a perfect world and want to share that with someone. It’s this dream and mismatched love tragedy that makes us come back for more. And I’m not the biggest fan of Vertigo and writing that makes me wanna watch it again to see if I love the whole as much as I love the parts.

I also watched “If” and “Elephant,” and tried to put three movies in some umbrella post of violence, but it ain’t gonna work. I will talk about the two movies mentioned in this paragraph in a later post.