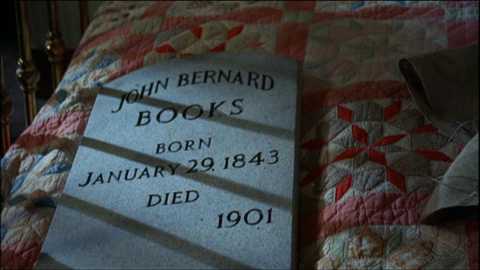 I love watching people in movies who are past their prime. Not like Meryl who gets offered roles like she’s still in her thirties, not that there’s anything wrong with that. The characters I am talking about are old and will not shut up about it. “I’m John Wayne, I’m old and I have cancer, make sex with me!” Lauren Bacall, who pretty much takes Wayne in as her second movie-husband, ain’t having none of it.

Surprisingly John Wayne comes off as a benevolent figure in “The Shootist,” when he retreats to Carson City and wants to go out without an elegy. He’s a cowboy with the same practiced drawl, and we can’t take that away from him. He can go from hot to realist to sensitive father to psycho to now this, a man who wants to be left alone without being misanthropic. 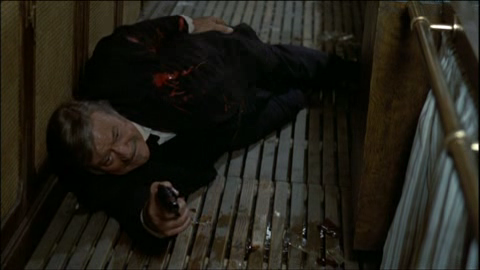 (Down but not out)

Since other amateur shootists will not leave him alone, he decides to leave the world with a five man seppuku. SPOILER, he invites three other shootists to a saloon, a less claustrophobic version of the run down taverns in the Old West. This rub out is happening in 1901 after all, not 1871. We might think that he wants to test the three at who is deserving to take out the big man himself. But none of these guys fit the bill, he eventually outlives these guys by a few seconds. He’s gonna die and take four with him (three a bartender who, by traditionalist creeds, is a bad agent in society). His purgation of the bad elements in the burgeoning Carson City is his dying wish and gift to his Christian landlady, Bond (Lauren Bacall).