Don’t be mistaken – I like Jean-Marc Vallee’s Cafe de Flore. A friend of mine criticized its ‘acid trip aesthetics’ but I like how it flows, showing osmosis between oceans and generations, characters dancing to variations of the same life, like the song sharing the same title as the movie. It visualizes the present and the different healing practices of a complex middle class Montreal family – yoga, jogging, floating in an incubated tub, reading about dreams and past lives, the odd joint. The family’s head is Antoine (Kevin Parent), a man with an ex-wife and girlfriend, a DJ nonetheless who has to work with lights and laptops and music of different tangible and data formats. The objects around him are disposable yet still beautiful. 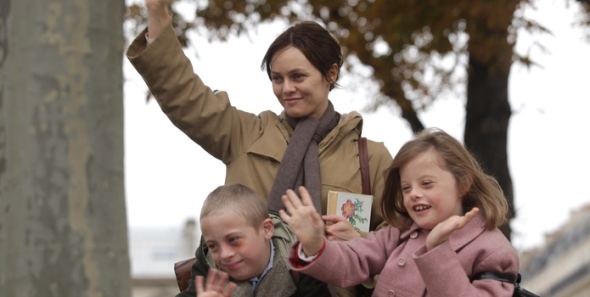 Antoine’s story is an intertwining half of another taking place forty years beforehand, where Jacqueline (Vanessa Paradis) cares for her son, Laurent, with Down syndrome. If the present day scenes scream ‘The future is now,’  the portions may be set in 1969 but might as well have been any other decade, Jacqueline and child in earth tones walking the unwashed cobblestone of Paris. Her working class conditions also seem impervious to the Yves Saint Laurent Mondrian dress that another mother in her school wears.

Its implicit worldview also concerns itself with the hierarchy of boundaries. The middle class are supposedly better than the poor, the present an improvement of the past. Jacqueline feels inferior because of Laurent, studying ways to improve his brain, subconsciously thinking that educating and raising him properly will lead to a cure. That while the present day characters, surrounded by their comfortable, manicured property, disregard what someone like Jacqueline would have worked hard for while being petty and vindictive towards each other. 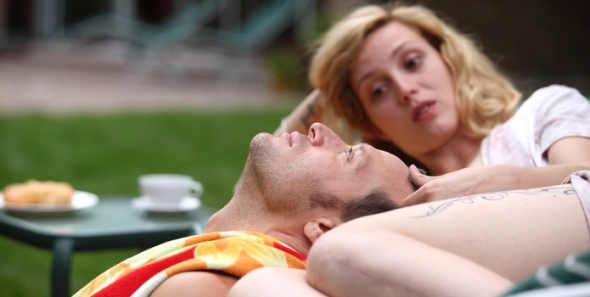 The movie eventually connects both plots, bringing us to flaw number three, that the mysticism that Antoine’s wife dabbles ends up revealing her ‘punishment’ and the justification for his adultery. It imposes this viewpoint upon her while she suffers through mental issues while all he has to do is to fall in love. This new family situation is also imposed on Antoine’s children who prefer her as the parent. But I’m making it seem more one-sided than it really is, as Antoine and his ex-wife explore their pasts, within memory or otherwise, portrayed as vividly in flashbacks. His new girlfriend joins in with the introspection, questioning the replaceable aspect of love and lovers and searching for the happiness and stability within it.

Thinking About These Two Movies… 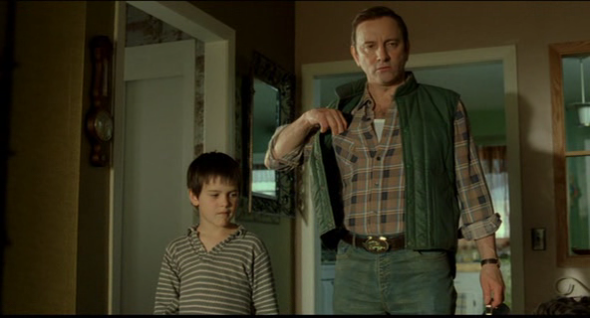 Saw Jean-Marc Vallee‘s C.R.A.Z.Y. during Canada Day/Pride week. It was fun and by fun I mean trailer trash, which I liked because there’s often something authentic in trailer trash. In one scene, Gervais (Michel Cote) asks his son Zac (Marc-Andre Grodin) how Zac has become a sexually confused problem child since the former never beat his children. It’d be easy to say, ‘Well, you’re still a shitty father,’ but how do parents discipline his children in a changing world without being labeled an abusive father? Head to YourKloset for a few more words about the movie.

Andrew Rossi‘s Page One: Inside the New York Times is about the Media Department of the NYT facing its headless enemies – the first is the front page that Media is trying to get to, the second are the market forces trying to put an end to the paper industry and the NYT itself. After the screening there was a Q&A with NYT Media Editor Bruce Headlam. Appearing in the documentary along with his columnists, Headlam self-effacingly describes the movie as showing a bunch of white dudes answering phones. Noticeably these people, notably Bruce, have a lot of red spots on their faces, possibly from scratching, possibly from stress. However, I couldn’t write that on my review for Anomalous Material, it’s too unclassy for that website. Head over there and give me your thoughts. 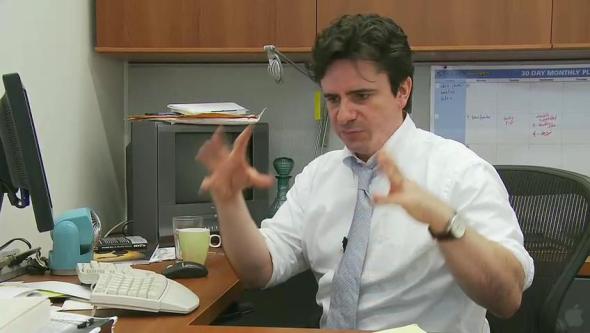 Speaking of white people, Susan G. Cole‘s review of the film negatively pointed out that the NYT workplace depicted in the documentary is whiter than Obama’s dance moves. The rest of this paragraph will show my weird expectations about the film and the institution, the expectations being that it’s all ‘liberal’ elite kind of white. However, they do show it’s Iraq-war pushing history or David Carr looking like the kind of guys that hung out where I would shoot pool when I was in high school. I don’t mind white as long as it’s not vanilla.