My TA John was talking about subtext in film and talked about this movie in how Julio (Gael Garcia Bernal) and Tenoch (Diego Luna) are using Luisa’s (Maribel Verdu) sexually to hide their feelings for each other. Annoyingly I interject ‘But isn’t it also about the history and sociology of Mexico undergoing generational and political change?’ He, like a saint, replies something in the lines of ‘Yes, as well as about two dudes who secretly wanna fuck each other.’

The second time around, I appreciated how much Luisa rubs that subtext in the guys’ faces.

My mom walked into the scene when Tenoch was having sex with Luisa. And apparently my aunt was ‘shocked,’ even though the latter quipped that my viewing of it was ‘educational.’ That went well.

The first time I full watched this movie was thankfully by the time I was in college, since nudity would be close to nothing to me and just cared about the bleak Mexican landscapes. And this movie also taught me what ‘pendejo’ means.

The second time around might feel like grasping at straws, but when you’re watching a movie the second time do you just look at things like the characters’ tastes in interior design, books, music, etc.? This is a movie about teenage boys, a social demographic that barely if ever cleans their house or are tacky enough to put lots of stickers in their cars. Like the anarchy sticker on the right hind (?) windows, showing how Julio shares his car with his college activist sister. That we’re always looking out through the right set of windows to be reminded of that sticker once in a while. Or, most likely unrelated to teenage aesthetics, that I’m kinda angry that I can’t tell who the girl is in that Vogue Eyewear ad campaign at the background in the end of the movies. Or that Luisa hasn’t touched that Yeats book that her pretentious, cheating ass fiance owns. Or that there’s a hotel in rural Mexico with nice beds and a shitty pool. Or, as Lars pointed out the Jules et Jim and Harold and Maude poster and  in the room where Tenoch is fucking either Ana or Ceci. Both posters also foreshadow the film’s plot. 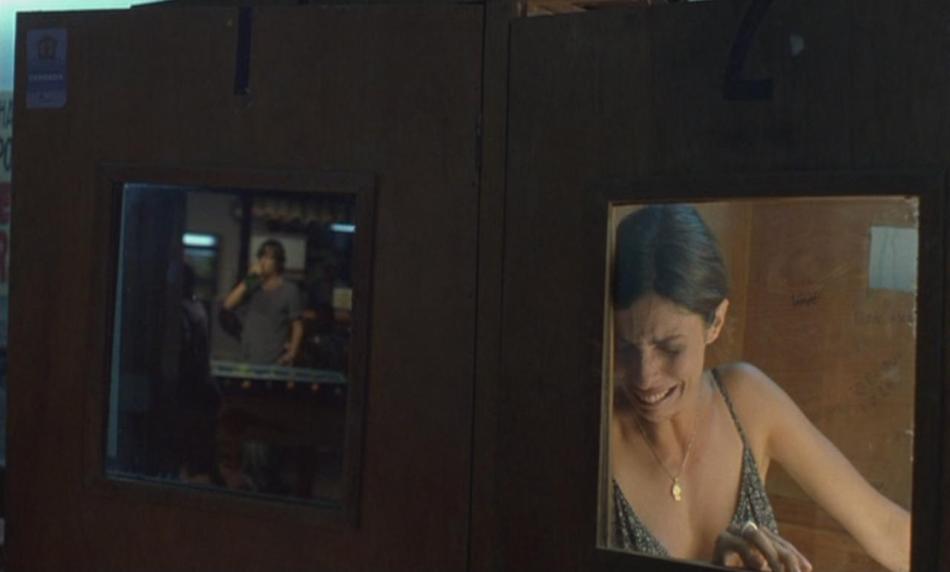 Also, where is Maribel Verdu’s ticket to Hollywood? Yes, she has Pan’s Labyrinth, but where’s her Bad Education or Milk or Vicky Cristina Barcelona? Verdu can tell Debbie Downer stories without sounding like Debbie Downer herself.

Speaking of Debbie Downer, I’m trying to fully articulate what I think about Luisa. She’s receptive of the adolescent goofiness of Tweedele-boi and Tweedle-bum, cries in private, receptive again – no pun intended, then she blows up on them, then receptive again. It’s difficult to believe that she easily adapted a Hanna Schmitz-like role towards these boys and/or that she only came out with them as a now-or-never thing. Tenoch lightly accuses Julio of being a leech, but she partakes in the leechiness too. Sexual favours, her escape towards a paradise death – dying in Heaven’s Mouth, so to speak. And that we only see her cry once without having a barrier between her and the camera shows how we’re seeing this woman from a man’s gaze – we pity her but we will never understand her, and it’s a bit frustrating but thankfully not distracting from the film’s merits.

Bechdel time! Luisa asks tour guide Chuy’s wife Mabel for travel tips for where the other beaches are, and she also asks about the beautiful native names of the beaches and towns. Pass!

And not the biggest fan of the shakycam.

Lastly, I also wonder whether Julio and Tenoch would ever friend each other on Facebook.