Two weeks ago, UofT Professor James Cahill introduced CINSSU to the work of scientist and filmmaker Jean Painleve, who associates this 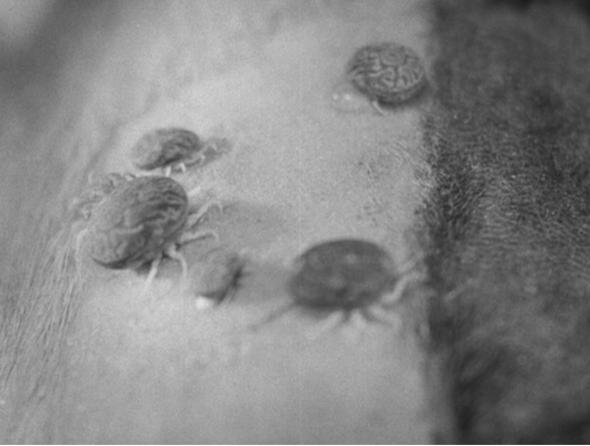 And if you were wondering what it would be like to play Nosferatu with jazz music, Painleve answers your prayers.

No TCM for Old Me

Due to a change of hands in the cable bills that took place at October 24th, we’re going from a premium cable plan to a student plan. The latter of is probably gonna be the same price if we just switched to basic cable so it’s a scam. Nonetheless, no TCM, no AMC, no MTV. The next time Roger Ebert or Bruce LaBruce or Marya tweet about what’s on TCM, I die a little inside. You think that’s gonna make me focus on my real career but I have the internet, remember?

I guess it’s not so bad. Our family’s always been too ghetto to buy TMN or ROD, so when Dianne Wiest got nominated for her work in “In Treatment” or  Gawker would talk about “Big Love” or Mindy Kaling would tweet about “Eastbound and Down,” I wouldn’t know what they’re talking about, but I wouldn’t scour the internet for those shows.

Besides, I had dozens of channels on my fingertips only to watch six of them. And I’m getting more Pavlovian in my TV selection, omitting the trash I see before 8PM: “30 Rock,” “Mad Men” and a little “Community.” I can watch two of those without cable, and I can get “Mad Men” when it airs again. If anything, I’m choosing not to be part of the conversation.

Another reason I haven’t been watching a lot of television is because of movies, still the main priority of this blog. Without TCM I’d be missing out on the original Oceans Eleven, Dial M for Murder and Mutiny on the Bounty ’62, while without Peachtree I won’t be seeing The Lookout. But I’ll still have the movies playing in the theatres locally, first run and second run and I hope to be a part of that discourse, the same discourse played up in most of the well-visited blogs today.

The last movie I saw on TCM was parts of Nosferatu ’22. I bungled that up because for some reason, I thought it was gonna be on at two and didn’t clock in all the tweets about it being on. The name changes distracted me – I know the legal background about why the names and some of the plot were changed. I was also fascinated at how the character based on Mina was so turned on by being the pure woman who ends Nosferatu’s cycle. That’s all I got from the movie. I could have also seen Dreyer’s Vampyr, but I watched Kanye West videos on YouTube instead. I’ll be contrary and say that yes, Kanye’s still good. But if I only knew…

For some reason, I wanna ruin this blog by posting a screen cap of “Jersey Shore,” just to show the embarrassment of riches that the bourgeoisie can pay to watch both quality and crap.