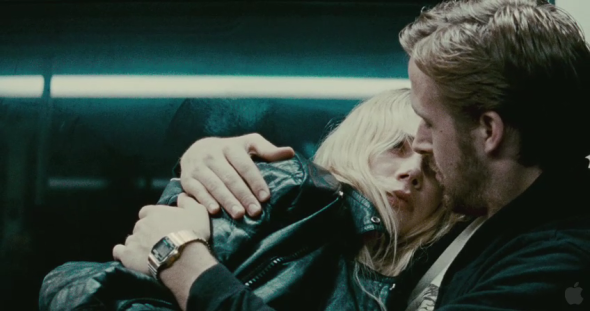 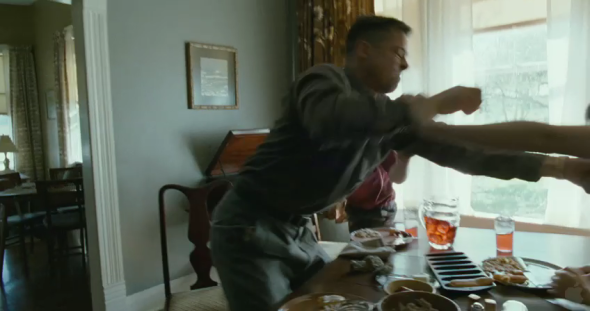 Perhaps because it’s one of the youngest artistic forms, cinema is often assessed in much different manner that literature, or the visual arts. We discuss it in terms of genre, not in terms of thematic offering. Comparing, for example, Corpse Bride and Up because they’re both animated leads to some dubious discussion especially when – like any art form – thematic elements examined in cinema and the way different filmmaker address them make for some stimulating discussion. Motifs in Cinema is a discourse, across eleven film blogs, assessing the way in which various thematic elements have been used in the 2011 cinematic landscape. How does a common theme vary in use from a comedy to a drama? Are filmmakers working from a similar canvas when they assess the issue of the artist or the family dynamic? Like everything else, a film begins with an idea – Motifs in Cinema assesses how the use of a single idea changes when utilised by varying artists. – Andrew Kendall

Let’s begin this with the power of mothers, sometimes relying on their mystery of their and their children’s origins. Part of the journey that sons and daughters take in movies is to unearth this said origin. It could be of a sexual nature, where her past can be considered as a threat in comedies like Submarine‘s Oliver Tate hears news that his mother Jill’s ex boyfriend is moving next door, or No Strings Attached‘s Emma discovering that her mother is dating a biker.

She can also be like The Tree of Life‘s Mrs. O’Brien, the movie’s connection to world’s prehistory. In a way, it makes sense for her to be the character that we the audience first see in the movie’s two beginnings, manifesting and letting the audience experience the desire and poetic consciousness of her and any human being’s place in the world. 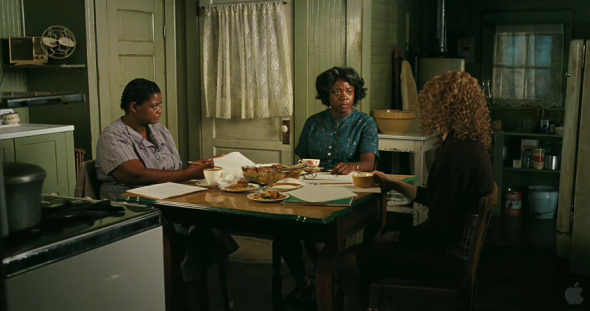 Her actions can be a catalyst that unite strangers, like Cindy from Win Win being temporarily separated with her son Kyle. Movies also inspire within its characters an impulse to write this history and its sociopolitical ramifications. The Help begins with Eugenia ‘Skeeter’ Phelan interviewing Aibileen and the latter’s maternal connections to slavery. She lives in a constructed world where men are passive and women have their own ways of controlling each other. She also discovers her own mother’s role in the stratification and divisions between the housewives and the maids, directly involved in the separation between her and her nanny who she might have loved more than her own family. 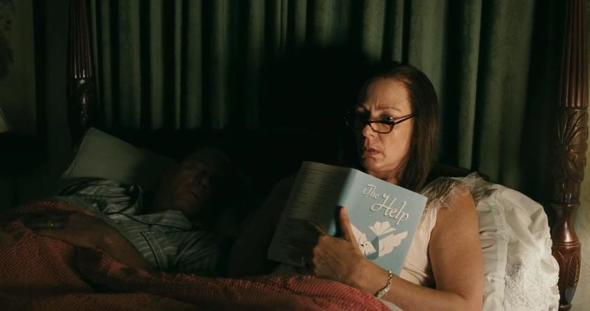 Both Win Win and The Help have children with ‘two mothers,’ the latter experiencing double-sided paranoia. One is the suspicion that a stranger can be better than one’s biological mother. The other is the inevitability when the child grows away from her. In Win Win, both fall on Cindy, while Kyle’s adopted mother Jackie Flaherty’s only complex is imagining Cindy to be a crack mother. The Help divides this double inferiority, the housewives having the former, and the titular help – as Aibilieen notices that the children she’s taking care of are growing to be as racist as their real mothers – having the latter. Both movies end with one maternal figure letting go, letting the audience decide if a victory is won with one woman’s concession. 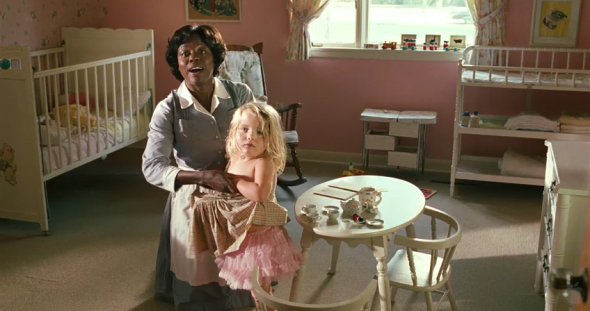 I also pondered on other maternal models like Take Shelter‘s Samatha LaForche. Chastain, playing Samantha, makes me feel ambivalent for conceding her dissent against her husband Curtis and his compulsive need to have a storm shelter that’s killing their expenses which include an operation for their deaf child. Again, the mother holds the family’s origins, the same way Curtis might have inherited his mental state and delusions from his mother. She is where the story really begins. I also remember one of the characters telling Samantha to her face that both Curtis and their daughter are her burdens and as insulting as it is, it’s true. The same thing happens in a comedy like  50/50 where Katie, a young psychiatrist, dealing with an equally young, closed-up cancer patient named Adam. While complaining to her about his shrill mother, Diane, who won’t stop calling him, she eventually tells him something like Diane having a husband she can’t talk to and a son, Adam, who won’t. In both movies, both the child, in early or adult stages, becomes a liability and it’s unfair that it’s up to the mother to keep the family together and be the back-up plan.

Or ‘origin’ can also be seen and interpreted as a symbol of precarious tradition, like Audrey in Pariah. She is mother to Alike. We can argue that enforcing womanhood on her children is her way of transferring the sexuality which she’s robbed, as her suspicions of her husband Arthur having an affair makes more sense by the day. Her Christian, conservative world falls apart when Alike comes out of the closet. Their last encounter ends when Audrey, teary-eyed tells Alike that ‘I’m praying for you,’ this movie’s way of negotiating a mother’s ‘badness’ by following, for the lack of a better word, hate with love.

One parent’s essential place in a familial unit means that the other is kept slightly away. Two movies that show this are written by Steve Zaillan, showing paternal distance in present day families. His first movie Moneyball has Casey Beane getting firsthand news about her father Billy through her mother or the media and it’s up to Billy to either confirm, deny or comfort her. The second movie, The Girl with the Dragon Tattoo, also has the same theme with The Help when a de facto left-wing parental figure sees retroactive conservatism in their child figures. Mikael Blomkvist, a liberal journalist, has a teenage daughter Pernilla, who is going to Bible camp, although their relationship is more adult and amicable.

But in ‘traditional’ environments, the father is closer to the children, causing resentment within the child. The Tree of Life‘s Mrs. O’Brien and her eldest son Jack have a borderline Freudian bond but her husband overpowers her influence. Footloose‘s Rev. Shaw Moore bans public dancing, angering his rebellious daughter Ariel. The Devil’s Double, Uday Hussein preferring his mother and not his father Saddam. One of the few exceptions of this paternal resentment is Extremely Loud and Incredibly Close‘s Thomas Schell, the coolest dad in recent cinema, the reason his son Oskar remembers him after his death.

Sometimes the mother gets killed off for the father to make a bigger impression – it’s also a convenient way for some movies to write lesser female roles. Beginners’ Georgia Fields recedes within flashbacks as her son Oliver faces his father Hal’s homosexuality and cancer. The titular Hanna gets training from her father Erik. Super 8‘s Elizabeth Lamb leaves her husband Jackson to raise their son Joe. A Better Life‘s Carlos Galindo is a father trying to give to his son the opportunities he never had. Real Steel‘s Charlie Kenton’s journey to bond with his son is an uphill climb. The Descendants‘ Elizabeth King succumbs to a coma and her husband Matt gets put to use. These families sons and daughter of those movies eventually learn to accept their loss.

The past few paragraphs have reminded me how heteronormative this year in has been. I’m interjecting on myself to call on Annette Bening and Julianne Moore to work together every year. And the funny thing is that I didn’t even like The Kids are All Right, mainly because of my ambivalence about the ending and Mark Ruffalo’s character. Neither do I find Lisa Cholodenko’s movies perfect.

But speaking of perfection, that’s something I couldn’t meet here. So I wrote separate posts coming out on the next two days on two different movies. First is A Separation, the four main characters and how class binds their behaviours and decisions as parents. I also wanted to dedicate the last paragraph on the parent-less, the characters with ambiguous parentage and ones confirmed as orphans. The relationships they build and the heroism they can conquer. There have been so many characters like them in movies during the past year, all of them wanting to know who they have to fight and who’s on their side. I concentrated on one movie, Hugo, and the different meanings, superficial and hopefully deeper ones, on what it means for the titular Hugo’s to rediscover his father and finding a new home and purpose.

This mini-blogathon exists because of our mutual friend Andrew Kendall, quoted above, of Encore’s World of Film and TV. Click here to see what he says about characters in the movies of 2011 and how they work hard for the money and links – more links! showering links like gold coins of wisdom! – of the other participants of the blogathon. 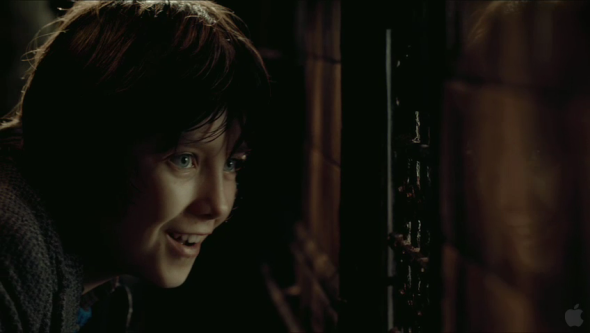