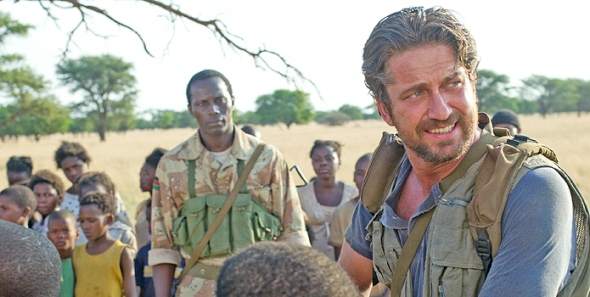 Bourne Identity: The First One

Matt Damon is, as David Edelstein says, an ‘intensely focused‘ actor, and in my opinion,  the best actor of his generation. Here in The Bourne Identity he can fake his way through German, can rust his through French, sex appeal, agile, kicks ass. Remember that with the afterthought that in the same year, he came out with another movie where all he does is just walk.

Despite that, the more I watch this, the more I realize how cheesy this is. Jason Bourne/John Michael Kane (Matt Damon), we know that you don’t know who you are. If you beat up five security guards in one minute we’re sure unconvinced that you’re in the shipping business with martial arts training. Why can’t the guy from Lost get a break? Why are you picking up that girl with the weird red hair (Franka Potente) when you could have easily just done this movie by yourself? Why does she say ‘scheisse’ all the time just to remind us that she IS German? Why did that guy jump off the window? Why is Julia Stiles barking that ‘I don’t know’ and ‘It’s impossible’ and not fired from the CIA yet?

Why is that other six-footer assassin (Clive Owen) being mopey when you shoot him instead of being either tough or gross? Why did you hesitate in doing that thing you were told to do whereas more – I assume – complex narratives would have the heroes doing the bad things and regretting the hell out of it?

‘Jason Bourne is the typical white subject position who can’t remember his own atrocities,’ as said by my Imperial film professor. From Connecticut. There are ideas about ethics and…first-world identity in this movie that apparently are better expanded within the next two films. I’m looking forward to them.