So I missed the first 20 minutes of this. Sophie Sheridan (Amada Seyfried) invites three of her potential fathers (Pierce Brosnan, Colin Firth and Stellan Skarsgard, who are more shirtless than the women in this film will ever be) to the Greek island resort that she and her mother runs. She does so because it’s her wedding soon and she wants to know which one is the real father. Her mother Donna (Meryl Streep) doesn’t know about all of this. We wouldn’t suspect sluttiness from someone wearing overalls.

Oh hai Sky, Dominic Cooper having the most ‘decent’ character here for his CV. Also hai Julie Walters, who gets blindsided by bad lighting when she’s with her co-stars. Thankfully she gets a song of her own that’s also an ABBA favourite and does her best to sell it, just like some of the other supporting cast do. Also Skarsgard in his most all-American.

Seyfried here can handle the comic aspects of this film as with her earlier films. She talks over and under other characters so naturally and sometimes behaves as if she’s surprised by her own words. She and Meryl match both in the emotional levels, rapport and blonde hair. This movie makes the case for her being the best Meryl Streep’s daughter figure in film, the spot held by Lindsay Lohan’s underrated performance in A Prairie Home Companion, but thankfully Seyfried’s whining here still makes Lohan the victor. Speaking of mother-daughter, Michelle Pfeiffer was considered to play Donna, both Seyfried and Pfeiffer having those wide captivating eyes. Before I get depressed.

Oh no, the depression won’t stop, that despite the film does remind me of the licentiousness of the disco group in a time when they seemed tame compared to punk bands, ABBA’s music going well with the women reflecting on their former ways. As well as those ways haunting them when Donna realizes what the former has done. Streep’s vocals and interpretation are the best in this cast, making the lyrics lighter instead of growling them or evoking too much emotion from them. There’s also literal transition between the characters speaking and singing, which I very much appreciate.

Nonetheless they’re still butchering ABBA. And I can’t believe I’m actually putting ABBA on a pedestal by writing that sentence. It’s either Donna Sheridan and her friends (Christine Baranski and Julie Walters) sounding like karaoke that comes up short. There’s also Seyfried being pop autotuned, and I’m not even blaming her for that. I actually like her rendition of “I Have a Dream,” a song I know because Westlife covered it.  The seventies flair just isn’t always there, only coming up in songs sung by the chorus group. There’s an ABBA song once every five minutes, reminding us of the cast’s imperfect renditions. Of course, the adapted musical tradition of the songs being used in a montage. There’s also me hating the sight of men in swimsuits for the first time because they’re in flippers and singing another song. Why is Brosnan the lead male cast member? He has great chemistry with Streep, both cancelling each other out, but did they have to give him the most songs? I also don’t mind his voice, but it’s not like he can pay me to listen to him sing again. Also, why is Seyfried wearing a peasant skirt? I know it’s a resort but that trend is three years too old!

For someone dipping her foot into film, director Phyllida Lloyd jumps her camera from one place to another, going against theatrical staging/POV’s. Which I appreciate actually, even if I’m a snob when it comes to letting adapted musicals/plays on film staying as stage-y and with a meditative pace as many musicals and/or plays are. She use the scenes well and making it, I guess, cinematic in its spaciousness. She also makes everything happens so snappily, portraying what seems like a two-day time frame.

I also like the Aegean blue used in the mise-en-scene and costumes. They even use the blue in the shot in Donna’s bedroom, in both cases feminizing a normally masculine colour. The few times the film noticeably breaks from the colour palette happen in the film’s third act is when Donna wears a pink scarf with her blue dress, as she’s pouring her heart out to Brosnan’s character. The second time will be the yellows and browns leading to the wedding scene. I don’t know what those colours mean.

Nonetheless everything and the Chekovian crack on the floor, I forgive this movie for all its transgressions. 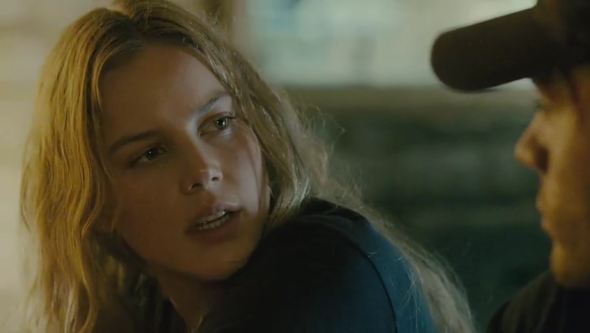 I only watched this film is because of Abbie Cornish. Her most famous role yet is that of a romantic lead, but here she both plays lover and fighter. As Michelle, she’s known the boys in this film since third grade, and she won’t stop reminding Sgt. Brandon King (Ryan Philippe) that when the both of them get in trouble. When Brandon tries to road trip to DC to petition his stop-loss, it’s her car he’s using and she’s on the driver’s seat. Some detractors might see her performance as a bit Aileen Wuornos, but she’s very convincing as a tequila drinking, pool playing tough girl, and I’m a sucker for characters like hers.

I guess I shouldn’t judge a movie that I’ve only seen in parts, but many clichés are scattered in this film. For example, a hoe-down scene when almost everything that happens seems like it’s part of a checklist of what Texan veterans do. I have to remember that these characters are based on living persons, so I don’t know how racist these real people really are. And God forbid one or these characters weren’t written as Sorkinian deus-ex-machinae. It’s better to leave characters to speak and acting in their own vernacular. However, there’s no consistent rawness in the script nor in the acting. The said scene, and others after that, portrays them as textbook racists and shooting, fighting drunks doesn’t work, and instead of making the audience pity or deride them, the film makes me feel like it’s questioning my intelligence. When Brandon makes his way to DC, everyone he meets and everyone who tries to call him back seem more like allegories instead of fully fleshed-out characters. Those characters’ terribly delivered speeches are accompanied by slow electric guitars I’ve heard in every Iraq war film. I reacted more ambivalently to the way the male characters have flashbacks of their tour in Iraq, which again are very clichéd but the actors unhesitatingly go to those dark places. By reenacting those traumatic moments in their home country, it kinda lessens the images of the atrocities these soldiers have done to the Iraqis. Because we needed more of those. 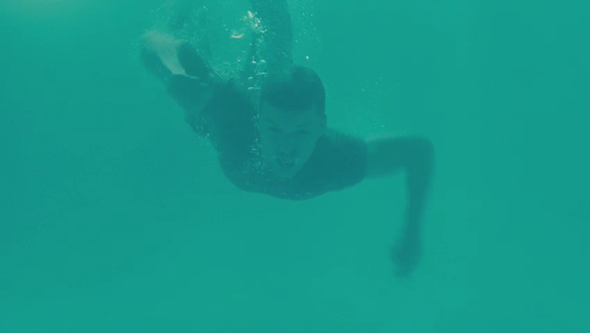 P.s. Lame actor trivia/shpiel: In the early 2000’s, I had this opinion that Philippe was gonna be the best actor of his generation, seeing his roles and performances were showy in the late 90’s and all. He still did a lot of interesting stuff after that time, but he’s two inches short of being an A-lister. Philippe was born in 1974, just like Christian Bale, Michael Shannon, Joaquin Phoenix and Leonardo di Caprio. All five have different career trajectories, only Christian and Leo went ‘big’ so far as well as competed for the same roles, and none of them look like they were born the same year. 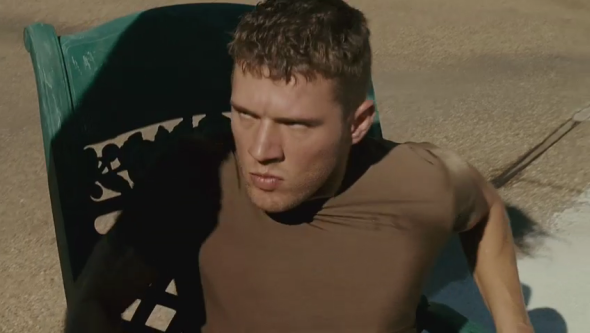 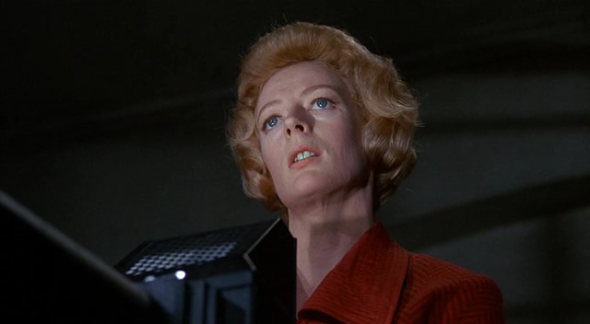 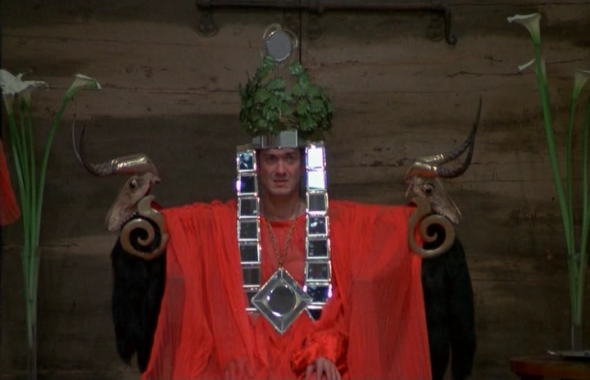 Martine Love, a fashion model/childhood friend/lover of working class car shop owner Terry (Jason Statham) tips him and his friends off to rob a branch of a not-so-major bank in London, the team unknowingly used as pawns to recover compromising pictures of a royal family member – the fast one. Eventually the team finds out that the safety deposit boxes in said bank have more compromising pictures and documents that corrupt politicians and business owners desperately want returned.

Watching a movie cold, if those are the proper words, means that I wouldn’t know that the events portrayed within the film really happened. In 1971. I guess the brown leather, the brown wool, the popped collars, large lapels and the turtlenecks should have tipped me off. I guess black and brown are timeless. Besides, the movie probably prioritized on letting us see Terry beat the shit out of someone, talk bad-ass, wear a suit and maybe take his shirt off if you were patient enough. Watching the first 50 minutes of the movie made me see the pastel of typical 70’s films. The infrastructure should have tipped me off too, but then I was just thinking ‘That’s just the UK being quirky.’

I hate the phrase, but for a Jason Statham movie, it’s pretty subtle. Yes, there’s a lot of sex, and the movie dangles the possibility that Terry’s kids could be harmed but thankfully they weren’t.  There’s class conflict and shift in power portrayed but again it’s for the audience members who want to see it this way. There’s a brown guy in the team and multiculturalism on the most part is a footnote instead of a ‘token.’ Martine, who gets his hands dirty, isn’t fully blamed by the mostly male team members. Although the film’s depiction of black people makes me feel uncomfortable. Also, there are lots of nudity and children were watching.

Nonetheless, I kinda feel like watching The Expendables or Mesrine now.

Because of this, and because The Thin Red Line will be at the Revue at 3 as the first film they’re screening on their Cinematography series. Or on the History Television at 9. I couldn’t exclude Saving Private Ryan, Road to Perdition and There Will be Blood, all three in the ASC list, because I’m not a dick. 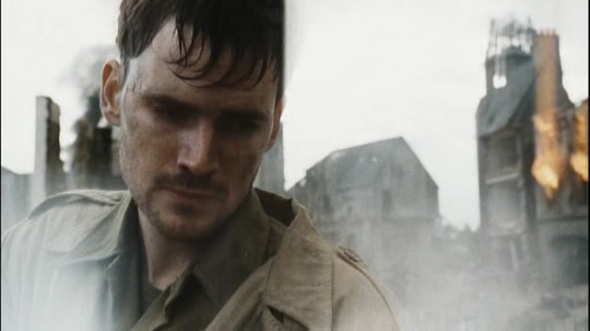 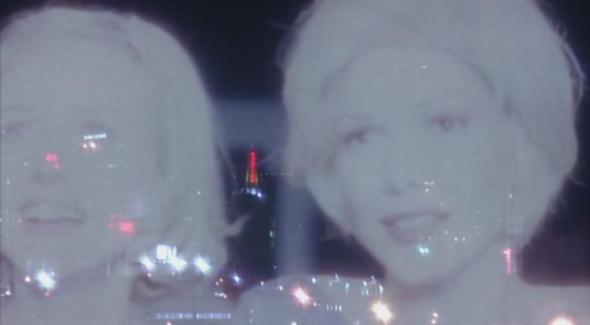 The Assassination of Jesse James by the Coward Robert Ford Roger Deakins, ASC (2007) 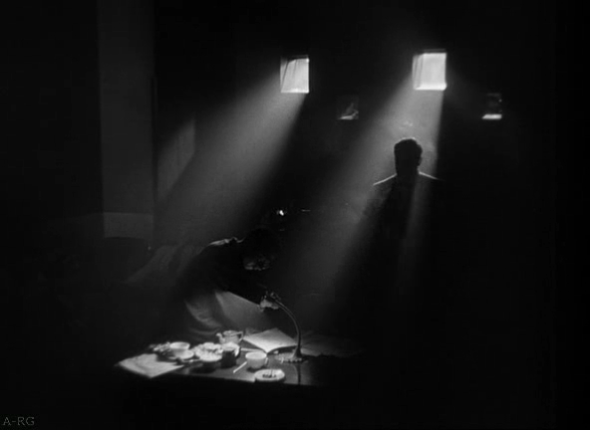 TIFF via Craig from LivinginCinema released their 100 essential films. I’m only doing this post so that I can push back the other stuff I’m already working on/done. Lists like this are supposed to make me feel inferior, but as I’ve watched 48 of these already I kinda feel good about myself. But then, you know, I’m the only douchebag that wrote down a number, and tomorrow someone’s gonna say 72, or 81, or 90.

These are the ones I haven’t seen and will hope to see. This list and post also exists for the purpose of telling the four or five people who read this blog who actually know me in real life and telling them what I’ll be doing for the rest of the year, unless hindered by unexpected circumstances like bankruptcy, or worse, Rob Ford shutting down government institutions that supports the arts. 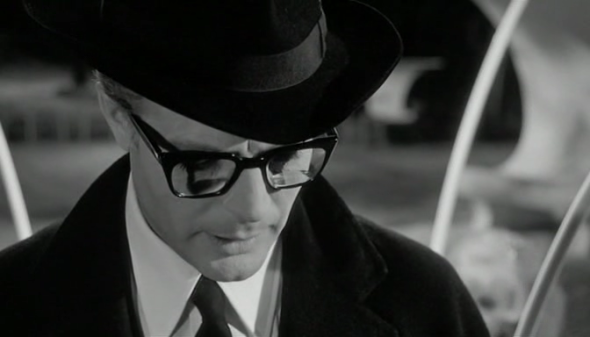 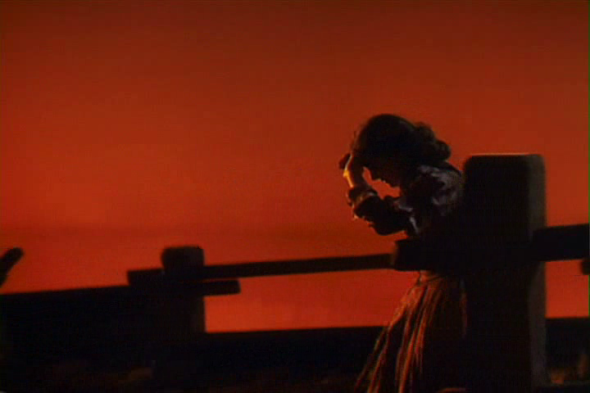 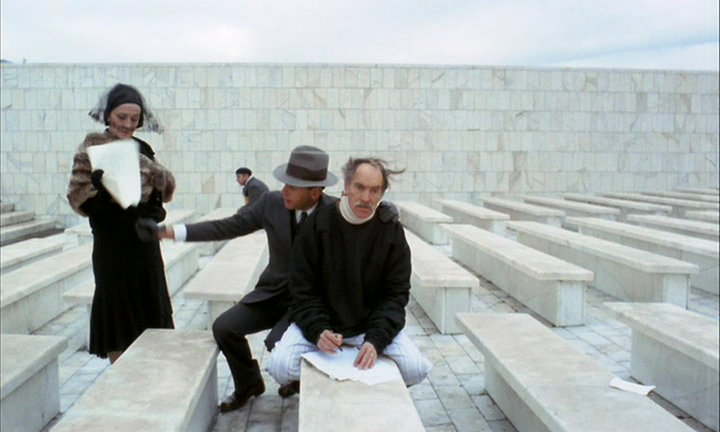 I realized how well April Wheeler (Kate Winslet) is photographed in Sam Mendes’ Revolutionary Road. She’s often wearing white or bright colours. Summer colours, like she’s on a permanent summer vacation in the Hamptons, or stuck in heaven. Or more than likely sitting or standing near a window. Frank Wheeler (Leonardo di Caprio) has a beautiful wife and so did director Sam Mendes, and the latter wanted to show that off. And it’s like there’s light within her but, as per the movie, I have the feeling that that light in her is clamped down.

Revolutionary Road is gonna be screening at the Revue Cinema at 7 tonight, with an introduction and post-screening discussion led by Toronto critic Geoff Pevere. I’m still wondering whether I’m going or not. I don’t particularly wanna slit my wrists tonight. I also don’t wanna see couples masochistically watching the movie and coming out talking about the performances, because they don’t wanna talk about Frank and April’s relationship. I also think about the numerous casting possibilities if this movie have been greenlighted earlier (Paul and Joanne, Mia and Robert, Jessica and William, Julianne and Dennis). I’ll give the movie another shot, and hopefully, so will you.