I missed ten to fifteen minutes of Lady Terminator – it probably featured a character named Tania Wilson (Barbara Anne Constable) speaking as her natural self dying in San Diego, but apparently, that isn’t important. So instead, I’ll start when me and this movie crossed paths.

A beautiful woman in her birthday suit with the face and body of Tania Wilson emerges, perfect posture and all, out of the Pacific Ocean into a city that we’ll assume is Jakarta, Indonesia. Her body emasculates men mid-coitus, and I’m being cryptic with those words because I already get enough creepy Google searches. And somewhere along the way, à la Arnold Schwarzenegger from The Terminator, her naked self gets a leather jacket and shoots up people. Whatever she is – it turns out that Tania is possessed by the evil Queen of the South Sea – she needs to die, and that’s the job of some Aryan American man who relocated to Jakarta because his wife died? While he’s recovering from widower issues he finds a love interest, a TV personality/singer named Erica who is descended from the Queen’s 100th husband (how does she find the time?) and thus, the Queen’s target. 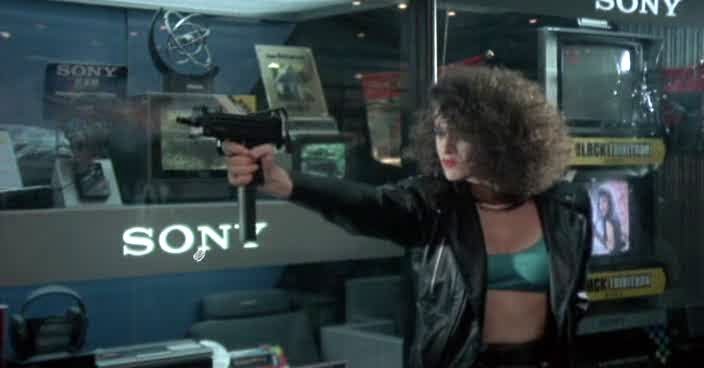 This is a movie about tacky 80’s hair and ill-fitting outfits of the same decade. Who are these white people who found themselves acting in some C- movie in Southeast Asia? Did they piss off the CAA? They look to beautiful to be drifters. Constable is also responsible for the movie’s make-up department which either is good enough for a movie like this or they gave her credit for bringing her own lipstick to work. Either way, most of these people never acted again. And whatever their stories before, during or after Lady Terminator is golden material for some ‘Behind the Movies’ feature, the pieces of which should be scattered on the internets somewhere.

Do the Right Thing 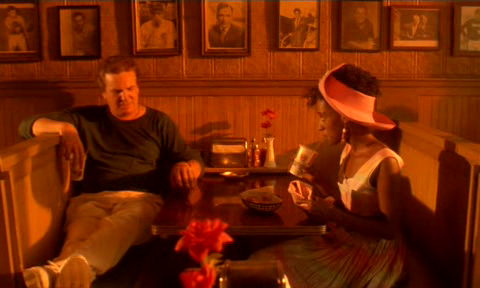 In the film about a scorching day and racial tensions in the Bedford-Stuvyesant neighborhood in Brooklyn, each character is capable of cruel acts, big or small. But they are nice too in their own volition. Da Mayor (Ossie Davis) places flowers on Mother Sister’s (Ruby Dee) window. Sal (Danny Aiello), an owner of a pizzeria, has a passive-aggressive rapport with his employee Mookie (Spike Lee) and a more flirtatious one with his sister Jade. Mookie, a dysfunctional dad, does his best when he’s visiting the Tina (Rosie Perez), the mother of his child.

So I don’t feel hatred towards Sal when he destroys Radio Raheem’s boom box. I also feel the same when Mookie turns against his boss. I’m not condoning these actions by any means, however. Spike Lee’s characters have these opposites within them, or more particularly, a hidden anger within a communal love. And when they act out and when the simple-minded rioter puts a picture of MLK and Malcolm in a wall previously occupied by pictures of Italian Americans, it  doesn’t seem like a victory. He changed up a wall on a burning building.

This movie’s also about a community that is constantly learning about its inner rules, or at least is in eternal limbo. Who’s allowed to live or to set up a business in the neighborhood? There are no set boundaries in this neighborhood but every character feels trespassed. Yet no one leaves. The conflict also isn’t about race as much as it is also inter-generational. Da Mayor tells the teenagers that knows their parents didn’t raise them to act disrespectfully. It’s the business owners and the two elders communicating with the young, or attempting to do so. Familial connections are made between characters who might be throwing stuff at each other in a few hours.

I only have three small issues with this movie, one bleeding into my issue with Spike Lee. First, the acting isn’t that solid, but then I’m talking about the bit roles who have to speak in a Toni Morrison-esque cadence. And a director who doesn’t care about his bit players is just like every other director before 1967. Besides, he can direct the hell out of Danny Aiello, and the rest of his main cast. Second, the garish look and red lighting of the film that makes it look like it was shot in a studio, but that only shows how he can get better in time. Third and most distracting of all, he can’t make a prologue and epilogue to save his life. 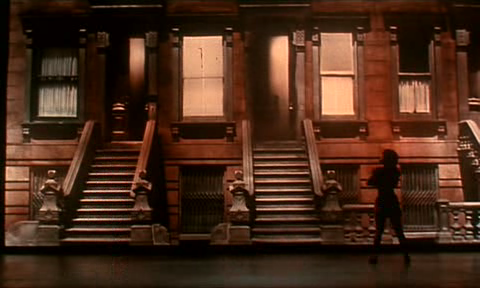