Edward Cullen will always haunt Robert Pattinson’s screen persona. For David Cronenberg’s Cosmopolis the same vampiric animism showing in his face when his character looks at the women around him. I couldn’t easily recognize Juliette Binoche here scares me that she’s put in a more compromising position compared to their other female co-stars, Samantha Morton and Sarah Gadon. Anyway, back to Pattinson, there’s this seductive naïvety from him, especially when he says the word ‘more.’ He stands out more than the crazy that Cronenberg and Don DeLillo can come up with. I can see this much within thirty-five seconds and that I’m already rooting for him as a Best Actor contender (although no, the Academy’s not that cool) also makes me want more. That I, a life long Team Jacob member, have changed colours.  And that if this movie comes out in North America later than the May 15 date promised in this teaser, I will hate francophiles more than I already do.

Every blogger, website and their grandmothers have already written about the trailer for Roman Polanski’s Carnage. Twitch has uploaded it on Vimeo but the few YouTube versions of it only have less than 2000 hits combined, which needs to be corrected. I like the art direction, blocking and of course, the cast. Christoph Waltz’ sincerity while telling Jodie Foster that his character Alan’s son didn’t disfigure the latter’s, or Foster making us laugh with just one line. As a fan of Kate Winslet, I’m a tad worried about her hamming it up although she gets most of the headlines written about the trailer so far. I’m also glad that Yasmin Reza, who wrote the original play in French, adapted the material herself, making it more vernacular. Which means that English interpreter Christopher Hampton has no hand in this at all. Enjoy!

The Greatest Trailer: The Artist

Jake Howell recently tweeted this trailer for The Artist which came out months ago. The film also features John Goodman and James Cromwell and directed by Michel Hazanavicius. The narrative is similar to A Star is Born – movie star (Jean DuJardin) discovers home girl, girl’s film career coincides and overshadows movie star’s burnout. The silent film is also reminiscent of Tati but with more grownup charm and emotional heft which is writer speak for it’s so beautiful that I almost cry when I think of the trailer. Enjoy. 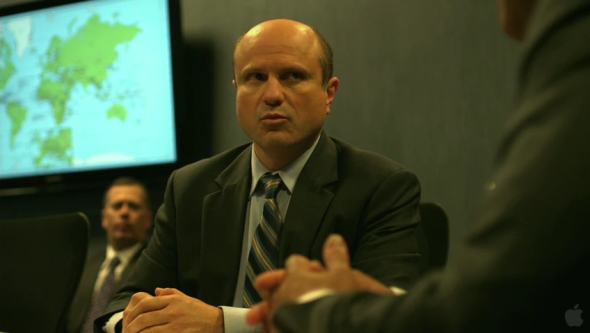 Minutes before watching Crazy, Stupid, Love, I saw the trailer for Contagion, a trailer that, at first viewing, was for your typical Oscar season blockbuster. But I guess seeing it on the big screen made me see stuff more like oh hai, Bryan Cranston, playing Haggerty, a suave man in uniform again beside Dr. Cheever (Laurence Fishburne). Other actors appearing in this film are John Hawkes and Enrico Colantoni, an uncredited Soderbergh alum who’s known here in Canada for being the lead in the cop show “Flashpoint.”

I also really like this shot well, because of the flowers. Seeing the daisies I assumed that it was a child bringing it to someone’s grave, but then it’s obviously someone working on the mass burial grounds. It’s a mix of the personal and professional an adult, possibly jaded because of the recent events, trying to bring an innocent time back. Over-read!

Now, the stars! It sounds sadistic but I’m relieved Beth Emhoff (Gwyneth Paltrow) dies early instead of the disease being the wedge between her and her healthy husband Thomas’ (Matt Damon) marriage. But Dr. Leonora Orantes (Marion Cotillard) will analyze Beth throughout the movie, being the first to fall to the disease. How is there even an HD camera surveying her before her death, anyway? Here’s Jude Law, meh. There’s also Dr. Erin Mears’ (Kate Winslet) voice dominating the trailer, but why is her nose red? NOOOOOOOOOOOOOOOOOOOOOOOOOO!!!!!!!!!!!!!!!!!!!!!!!!!!

This post is not really about Super 8 – my review will be coming out on Anomalous Material this weekend. This is more about its well-crafted first full length trailer. I’d argue that it’s one of the two best trailers of the year because it obfuscates the plot so well. Brad Brevet posted the second trailer for the film yesterday, but I still like the first one better. And somebody probably already did what I’m doing now, but what the hey. Above is an image of the good old days, recorded, imagined, not fully realized.

This movie is about a group of children and as these movies go, these children will have to lose their innocence in the course of this story. But those gears are starting to turn already, the symbiosis of adulthood around them. The kids are making a film using a titular super 8, and in it they’re dressed like adults, talking like adults. They think their stories are boring and thus are working on this movie with a conceived notion that fiction is the land of grown-ups. Above is the film’s protagonist, Joe Lamb (Joel Courtney), dressed up as an Air Force cadet.

And this is where I wonder what decade we’re in, although I guess I can read a synopsis, right? Nonetheless, first time actress Alice Dainard (Elle Fanning), looking like a child version of Grace Kelly, still throws me off, making me think that this movie was set in the Roswell years. These hordes of people dress like they’re a generation younger. And are they coming in or going out?

Joe has an unbelievable faith in strangers.

Speaking of this horde, the groovy woman in the centre is one half of Aly & AJ and the long-haired guy on the right is “7th Heaven” alum David Gallagher. Like their younger counterparts, these former child singers/actors grow up so fast.

Another cameo, that microscopic woman behind Joe’s father Jackson (Kyle Chandler) is played by Dale Dickey.

A symbolic destruction of an American institution.

The film’s main plot point happens in the fringes.

A close-up of a black man, the most difficult screen cap to get.

The handwriting is mostly childlike, as expected.

An American family is portrayed.

A broken family comes together.

Never noticed this shot before. I also just noticed how it’s always in darkly lit places where Becca (Nicole Kidman) and Howie (Aaron Eckhart) meditate on their loss. I don’t know how I notice stuff in two minutes’ footage instead of two hours of a complete film. Don’t know if that’s a good sign or not.

ETA: I also noticed how Jason (Miles Teller) has this confidence within him. The scene shown in the trailer is one of the later ones, which contrasts from his earlier scenes where he’s the archetypal awkward teenager. It’s as if Jason grows up as the movie progresses.

Brad Brevet posted the trailer on his website yesterday. And I don’t care if it breaks my rules of rewatching films, but I will watch this movie again. December 17, guys. ETA: trailer from MovieReel

First saw in a post by Brad Brevet. Youtube version posted by Christopher Campbell. Click on either in case my embed effing troubleshoots. Valerie Plame‘s (Naomi Watts) husband Joe Wilson (Sean Penn) tries to reveal that there are no weapons of mass destruction in Iraq. As a way to discredit and ruin him, they try to get to his wife and blow her cover as a CIA agent. Comes out November 5 in limited, and November 12 in wide release in the US. No known dates for Canada yet.

It’s strange how Summit Entertainment is the distributor both to the Twilight Saga and to ‘anti-American/anti-Republican films’ like Hurt Locker, Ghost Writer, and now this.

Naomi Watts is amazing at making an all-American girl seem fascinating and multi-layered. That scene in the car is worth the ticket price.

The second time Naomi Watts and Sean Penn – perfectly cast as Joe Wilson – playing love interests in a film, the first being 21 Grams, but her name’s the one on the marquee. But then I’m sure many of you would rather see her with Laura Harring again.

That music is too cliched.

There’s probably just as much or more Iraq/Gulf war movies set in Washington as it is in the war zones.

Doug Liman’s name also keeps popping up in the blogs just as much as the stars of the film. He’s directed two clunkers before this one, but as classy First Lady Michelle Obama said, ‘Don’t screw it up, buddy.’

WE DIDN’T CROSS THE BORDER 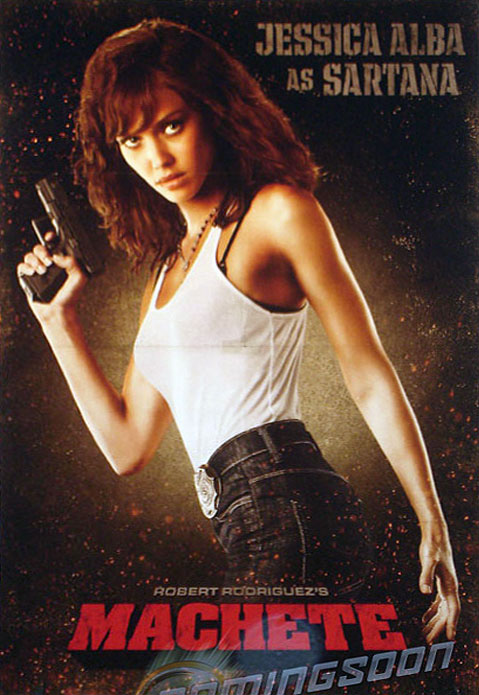 THE BORDER CROSSED US!

I haven’t gone to AICN in a while, but this is just too good not to share.

And this is the reason why I can’t hate on Jessica Alba anymore. Happy Cinco de Mayo. You have one more hour to celebrate!

via my friend Matt

Hearing Maynard Keenan in this trailer depresses me more than knowing that Billy Corgan is fucking Jessica Simpson now.