A Variety article announces that Dreamworks is remaking Rebecca. There have been many adaptations of the Daphne DuMaurier novel, the most famous of course being Reese Witherspoon’s favourite movie directed by her favourite director Alfred Hitchcock. If you don’t get the Resse reference, it’s because you weren’t stupid enough to have seen This Means War. This re-adaptation also means that this is the girliest thing Steven Spileberg has ever touched second to “Smash.” Anyway, and despite my questions about such a homophobic movie being remade, or how Walter Hollman has had farts better than my casting posts, let’s begin!

MAXIM DE WINTER – Originally played by Sir Laurence Olivier. My Choice: Michael Fassbender. What? I just want the Jane Eyre crew together. I’d even want Judi Dench to play the Florence Bates role. My second choice would be Orlando Bloom who theoretically would bring in the young female fan base. But seriously Bloom has turned down so many roles from the Dominic Cooper Role in An Education to the Aaron Johnston role in Albert Nobbs. And I know this is just a fantasy list but I still want someone who will actually show up.

THE SECOND MRS. DE WINTER – I mean we’re never going to find someone as glowingly beautiful as Joan Fontaine. Stars before her looked like Betty Boop and the ones after her, even ones more elegant like Grace Kelly, were sun-kissed girls. She hasn’t come out in public since the 80’s but during Rebecca she was blond and alabaster. Infuriatingly lily white yet incomparable. Without considering tanned beach regulars of contemporary Hollywood, my main choice is either ones who look too mousy or one who might grow up too fast (and yes, I resent this girl for being just six months older than me and I know someone who knows something about her that’s not embarrassing yet I can’t print here). I choose beauty over age. I choose Sarah Gadon. 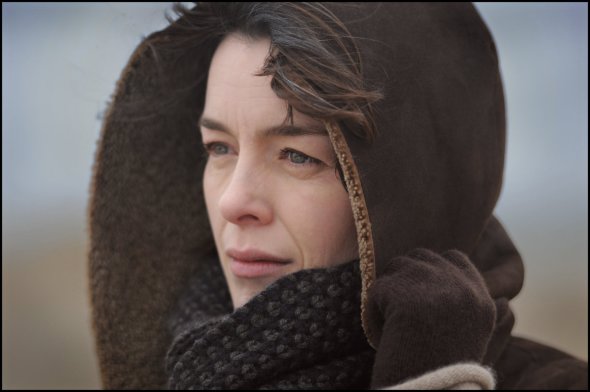 MRS. DANVERS – Originally played by: Dame Judith Anderson. A picture is worth a thousand words. My ‘research’ has already shown me that more American actresses – of difference races to boot – can do this faster than their British or Australian counterparts do. I can also just put up Helena Bonham Carter or Charlotte Gainsbourg who has proven themselves to be able to play matronly. But of course this exercise is about new perspectives so let’s give Olivia Williams, still beautiful yet still beautifully evil in The Ghost Writer, this chance.

JACK FAVELL – Originally played by: George Sanders. British actors of the late 1930’s had smarmy gravitas in their early thirties while actors of the same age these days still look like they came out of a dorm room’s uterus. I almost put Fassbender to fill Favell’s shoes so that someone like, as I previously said, Bloom or pretty boys like Cillian Murphy to take the de Winter role. But then I remembered a man who has given us four and a half years of creepy hot yet play the most human role Sanders has ever played: Benedict Cumberbatch.

MRS. EDYTHE VAN HOPPER – Originally played by Florence Bates. But can she be funny? It’s really the only requirement, as the role and the actress who plays her are somewhat on lower billing. She’s a memorable Hitchcockian caricature like all Hitch caricatures are. But how about actresses today. How about someone humble enough to play bit parts yet have won an Oscar for playing someone who talks too loud in restaurants and make a really bad first impression as well as receive bad first impressions of others? My Choice: Emma Thompson.

While writing and procrastinating, I decided to have a midnight snack-like Youtube break. Guiding my choices was the overjoyed news that Taylor Swift will no longer play Eponine in Tom Hooper’s Les Miserables and is replaced by stage vet and Nick Jonas’ girlfriend Samantha Barks. She, by the way, joined a elimination-style reality show called “I’d Do Anything” years back, the show’s objective being to find a singer/actress to play Nancy in a West End revival for the musical “Oliver.” She can sing all right, effortlessly making her voice go to eleven without moving a muscle away from her smile. But during results show performances she’s always a kicker or a bridge, letting the other contestants out-act or out-sass her, and the same goes during the sing offs. Had this been a Tyra show, she’d been out during the middle of the show for being ‘boring.’

Then my search veered into the missions the contestants had to do to understand Nancy, some of which involved behaving like Nancy. Now let’s see if the woman can act. Sometimes she just stands there but mostly she has a confident presence, which isn’t the same thing as strong. In some challenge she doesn’t show fear or, on the clip below, weakness, when she’s supposed to. I have faith for her in drama, I just hope shoe doesn’t revert to her early days. But she’s made progress in three years with her voice breaking as the perma-anguished Eponine as part of the 25th anniversary Les Mis concert. Despite her voice, she admits to not being a perfect actress. That’s one out of two, better than Swift’s batting average.