I wrote about “The Twilight Saga” on Entertainment Maven because I fucking watched all the movies in one sitting a few weeks ago. And it’s probably the Kraken vodka speaking but I didn’t hate the experience, despite my drunken howlings of ‘what the fuck’ to the screen.

And here’s a crazy theory that is aided by my rudimentary math skills. The first Twilight book came out in 2005, when its fans are at the sad age of fourteen or something. It is now 2012, when all those girls are now 21. Half of those girls graduated from Twilight into “Fifty Shades of Grey” or “Girls,” while the other half are still fans of Twilight but see it as the silly thing they still like. They have healthy laughs about the production, the campiness and the shitty supernatural laws that don’t make sense. And I don’t know if it’s my quasi-masculine perspective but to me, the saga doesn’t just give a poorly constructed love story. The saga is also schizophrenic in a way that one movie would have a ‘romantic’ story and another would have a bloodbath with lost of decapitated heads. It’s introducing girls to violence and the necessarily the kind that they would use inwardly. 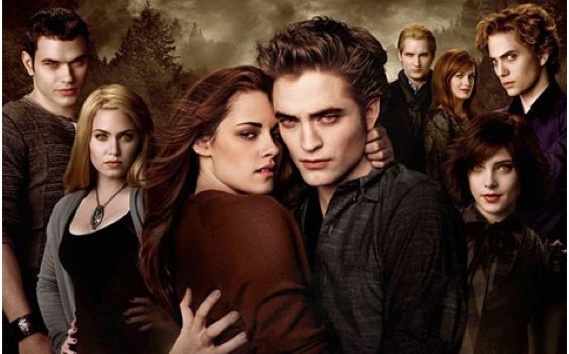 Since there are impressionable girls around, they need a role model and they have found an unlikely one in Kristen Stewart. Stephanie Meyer’s first choice to play Bella was Emily Browning, and I imagine that actress to have brought the same awkwardness of a contemporary art painting, palatable in her awkwardness, the kind of person who falls down gracefully. Stewart, however, is defiantly awkward with her blunt edges, only capable of beauty when she’s being photographed in a fashion spread. Whether the unformed person we’re seeing is Bella or Kristen is up for debate, really.

She also reminds me of a less rewarded Rooney Mara, or the kind of actress whose honesty in engendering a desexualized female would have flourished on cable television a decade later. And that’s not necessarily an insult because I love TV. And again she works capably with other actors even if she can’t carry a movie herself. I’m probably writing these words after being misled by all my ‘research’ on the series, which include People and EW’s puff pieces about the saga, but they don’t necessarily make my words less true. Basically, I just wasted four hundred or so words in saying that the girls who read Twilight and the girls acting out Twilight will be fine. I’m not so sure about Meyer, who apparently is going through a writer’s block now.

As I said before, the soundtracks are better than the movies. Who would have thought that indie-tronica would be the unlikely accompaniment of the vampire-action saga? This juxtaposition has good intentions, like a sage trying to sway their younger sister from Justin Bieber to Feist. The soundtrack then implies that the people behind the movies are cooler than the one who wrote the books. But this still remind me of the syndrome that late 90’s alternative music that become devalued once they ally themselves to movies/TV shows about teen romances/angst. Alas. But once again, IT’S OVER!