This year’s Toronto International Film Festival ended like what, three months ago exactly, and I’ve written reviews for Entertainment Maven, and I still haven’t linked it in my spaces yet? Well I Facebooked and Tweeted them. And yes, I’m still trying to recover from it while adding more local festivals and more movies to include in my backlog. Jesus. I should make my job easier and link my profile within the Entertainment Maven space, which I’m doing right now, but I’ll write two more paragraphs although I haven’t slept, my mind can’t articulate shit anymore and my laptop is whizzing like a motherfucker. Put the fan close to the…no, laptop close to the fan.

There’s one movie that encapsulates the festival’s line-up and that is Dial M For Murder, still playing at the Lightbox. It’s an envelope-pushing movie about a dysfunctional romance. But I didn’t end up seeing that because I saw it twice already, once in 3D. So I had to ‘settle’ with two movies from the Cinematheque line-up that encompasses as least one of two of what Dial M’s stands for in this fest. Chris Marker’s Sans Soleil is the envelope pusher, Roman Polanski’s Tess is the visually crystalline dysfunctional romance. Sometimes I’m cynical about the movies I’ve seen, my schedule only allowing me to watch slim pickings but sometimes those are the ones with the most surprising merit. 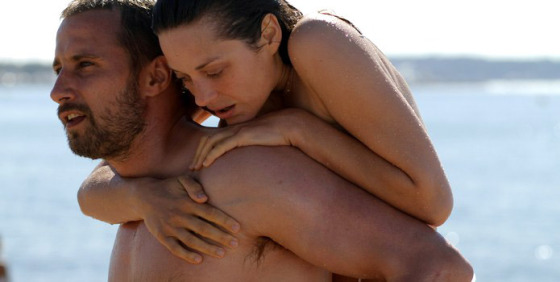 You know what, sometimes both intersect for me. Rust and Bone‘s realist-styled frayed frames is reminiscent of Brakhage while depicting a romance between a boxer (Matthias Schoenaerts) and a whale trainer (Marion Cotillard). That one was my favourite of the fest. Joe Wright goes Baz to show the choreographed nature of the contemptible white Russian society in Anna Karenina, where Keira Knightley plays the titular role and actors like Domhall Gleeson and Alicia Vikander idealize each other. The approachable Like Someone in Love is a triangle between a Tokyo-area prostitute (Rin Takanashi), her client and her boyfriend and just like Abbas Kiarostami’s movies, it mostly takes place in a car. Michael Winterbottom, however, has a more expansive canvas in depicting five years of a life of a prisoner (John Simm) and his family (including Shirley Henderson) in…Everyday…by actually taking five years to film the movie.

Sometimes, I only see one theme or the other. Like Sans Soleil, differently Molussia warps the world that we have and exposes its emptiness, but instead Nicolas Rey (not to be confused with the Rebel director) chooses 16mm reels that should be shown in random order. Ernest and Celestine, a story about a mouse and a bear, is a bit scary but nothing a child couldn’t handle, an animated movie that balances itself out by bringing the pastel-y synesthede in all of us. And then we’re back in the adult world Berberian Sound Studio, its neons intentionally reminiscent of the Giallo era. It’s visuals are as sharp as the knives slashing up produce for foley effects. Sound is equally important in Kazik Radwanski’s Tower, a locally made movie that is 90% a close-up of the protagonist Derek’s face, this relying on sound to convey the myopic claustrophobia within his experiences. Speaking of experiences, Apitchatpong Weerasethakul’s Mekong Hotel presents a relaxed and impressionistic perspective of humanity but that’s until he fragments them, casting doubt on Western ideas of personhood by reminding us of Buddhist reincarnations.

There are movies that show Polanski’s verdant visuals in Tess as they tell stories of love, nature and self preservation. The digitally shot Bwakaw has an elder person (Eddie Garcia), only having a dog with the same name as the title to comfort him. The bleached or washed colours around him change as he (re)discovers (new) friends. Fly with the Crane, again, has an elderly person in the bucolic Chinese countryside, the childlike vibrancy around him countering the tensions between his traditionalism and the next generation’s government bureaucracy. Billy Bob Thornton’s Jayne Mansfield’s Car has two families (with Robert Duvall in its head) ironing out decades of disagreements in arid, mustard-like Alabama. But there are movies that focus less on its visuals and concentrate on telling a story like A Few Hours of Spring, which is about an ex-con, his girlfriend (Emmanuelle Seigner aka. Mrs. Roman Polanski) and his ailing mother (Helene Vincent). Edward Burns’ The Fitzgerald Family Christmas takes the same ethos, finding the balance of telling the story between one torubled sibling from another during the holidays. 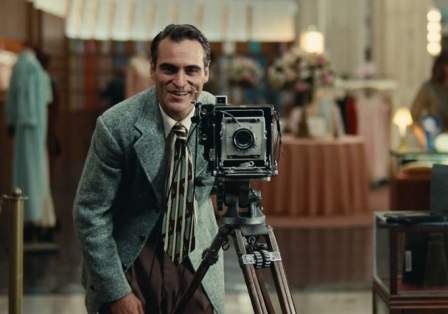 And TIFF doesn’t end. Like, half of the movies I saw after the festival wrapped are selections from it, and so will it be until…August even. I started out with Paul Thomas Anderson’s The Master, which does its best to sustain its tone as a glistening 1950’s love song, it subject Freddie Quell (Joaquin Phoenix) drifting in and out of sanity.  Also, watch out for my reviews for Argo, Therese Desqueyroux, Post Tenebras Lux, and Hannah Arendt, which I’ll write when I feel like it. Leave me alone.