In Joe Carnaghan’s The Grey, John Ottway (Liam Neeson) is a rifleman watching out for wolves who might trespass the wire fences of a pipeline. He’s part of a mixed bag cast of mostly men who prefer to work in Alaska, its industrial setting evoking the same Blade Runner-styled dystopia. I can never hate the movie for the tone it evokes despite my few yet glaring objections towards it. His life isn’t worth living after his wife/daughter has died. He contemplates suicide but doesn’t go through with it. He boards on a flight out of Alaska, which now makes me think of what would have happened if this was a normal flight. John stares at the walls of his apartment, lots of crying, the works. But since that’s boring, so the plane crashes, and Ottway and six other tough guys, who are almost indistinguishable from each other, contend with wintry condition and a pack of wolves hungry for human flesh. What ensues is a tightrope walk between an art movie and exploitation, coming as well with the best ‘waking up from a dream’ reaction sequence I’ve seen recently. 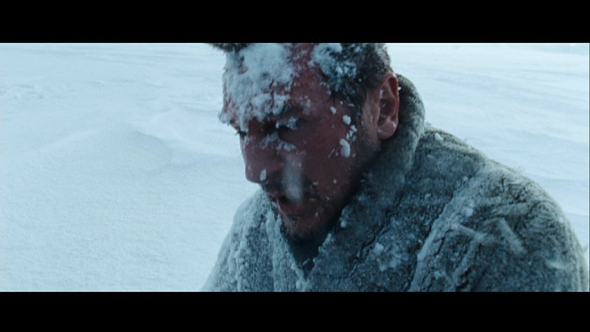 This movie adds itself into a list of movies with an all-male cast that come up once or twice a year. I supposedly can’t point fingers about the movie’s sexist exclusion since these characters are excluded themselves. That by having two Hispanic men and one black guy they’re making concessions towards inclusion as it is. Or that Neeson has personal experience on the loss of a woman in his life that reflects this movie’s plot. But by saying that ‘these men live on the fringes’ it’s also saying that ‘only men are allowed to be on the fringes,’ only visiting their wives and daughters once a year or something at the comfort of the latter’s home where they belong. Or worse, they’re relegated as ghostly presences that drive their men into fatalistic behaviour. Ottway’s ghost, by the way, is old enough to be his daughter. Anyway, women are treated as symbols or metaphors instead of characters. And hey, there’s a female flight attendant in the plane. Give her a chance to be eaten by a wolf or have her manicure fall off due to frostbite or something. It’s so annoying. 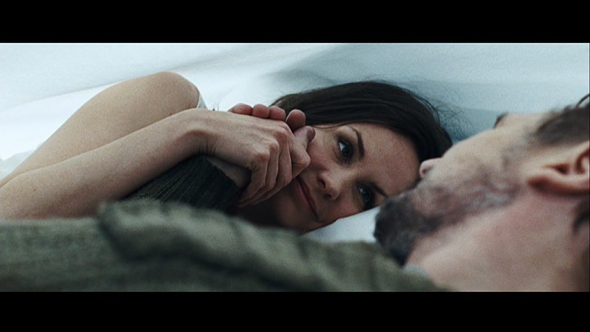 And speaking of being eaten by a wolf, one of the men die because he turned his back from his watch duty to pee. Animals use scent i.e. pee to mark their territory. Canadian teachers tell us these things in high school if we have to go to the Arctic or because the Arctic is part of our heritage or something. So these wolves don’t respect the pee rule? I’m so offended on the wolves’ behalf that a movie makes them look so uncivilized. And I know that I’m watching a Liam Neeson movie and not a pre-Gold Rush Discovery Channel, but the behavioural patterns of the wolves, in general, are questionable at best. It might be implied that the wolves were cannibalistic, which they could be in reality, but the movie makes them seem too predatory as opposed to hunting their meat by necessity. The wolves, you say, are a metaphor, you say, that the desperate, all-consuming hunger that people in the fringes experience that only makes them gang up on each other and eventually kill them inside. Meh.