Director Mark Romanek and production designer Tom Foden bring their cool aesthetics to One Hour Photo. At first its backdrops, the empty, well-shelved halls of a fictional department store named SavMart and a whitewashed interrogation room where the movie begins and ends, also looks like matted comic strips instructing me what to do when a plane crashes. But the movie also has its share of warmly lit interiors that cinematographer for which Jeff Cronenweth will later be known, those palettes reserved for more private spaces.

One Hour Photo – Romanek also wrote the script – is about middle-aged loner Sy Parrish (Robin Williams), SavMart’s senior photo booth guy just before digital photography, among other things, threateningly sweeps his job away. He has an irrational infatuation with the Yorkin family, with its young and hip, credit card bourgeois parents and adorable son. Speaking as a customer service employee here, I either have indifference or superficial curiosity towards my patrons, which he narrates in a certain sequence. To be honest, there’s some attraction or ‘these people look really happy’ but I’ve never wanted to include myself as a part of my customer’s lives. In a way this movie is the most contemporary spin towards the upstairs/downstairs scenario, where the master and servant are more separate and their interaction is relegated to certain places within the community although despite this distance the help still knows your secrets. Sy’s latent job description is handling evidence of his customers as either competent parents or kinked up bores. But if I found out that one of my customers is cheating on his wife like Will Yorkin is (Michael Vartan), I wouldn’t be surprised. I’d be disappointed at the most. I understand that Sy might be protective of people he’s known for a long time (Connie Nielsen plays Yorkin’s wife) – he also gives the Yorkins discounts and free cameras like old timey store owners would – but a violent switch from love to contempt? Too much. And that the police takes too long to see Sy’s Yorkin collage – collages being a clichéd sign of a character’s insanity – was also ridiculously paced for melodramatic effect.

I also recently saw parts of Mrs. Doubtfire which, despite being a chilhood staple, is admittedly like an episode of “Keeping up with the Kardashians” where the protagonist (Williams) deliberately creates tension that he can undo so we have something to watch for two hours. Williams has lent his jovial, rambunctious self to both comedy and prestige stuff, but here he tones it down, his thin-lipped smile serving as a mask for what’s inside of Sy. He also adds benevolence to this creepy character. I keep rooting for Sy because first, of this yearning and perception of a purpose in life of someone like him and secondly, because I never bought all the aspects of his character for me to be fully creeped out by him anyway. There’s also this interesting ambivalence of the revelation he makes in the film’s last minutes, talking about people who would take naked, exploitative pictures of their children. The easiest way to read this is that he’s been that child, seeing that Sy has no onscreen contact with his real family and his stunted way of behaving and being. The second is that he’s co-opting other people’s pain and I’m not necessarily saying that in a bad way. As a photograph developer he says that he has to report kiddie porn when he sees it, and assuming that he’s seen his share of it I’d also understand if that eventually has gotten into him. This movie shows a small slice of these character’s lives, giving its audience enough possibilities to ponder where their suffering has begun. 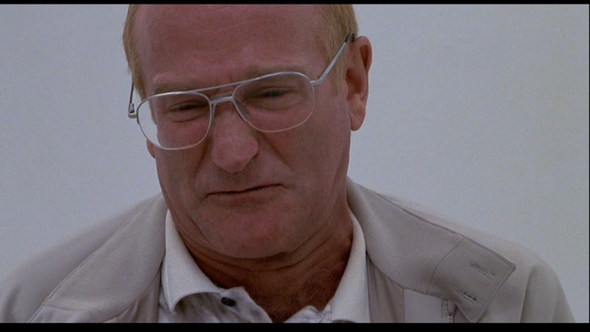