The Last Picture Show, the title of what could be Peter Bogdanovich’s only good movie, begins in the early 1950’s with a teenager named Sonny Crawford (Timothy Bottoms) trying to have a smooth drive in his heap of junk of a truck while the Hank Williams on his radio fills in between the sound of tumbleweeds and violent dead wind. The scene develops, he gets out in front of a pool hall, meets the owner Sam (Ben Johnson), the latter’s son, and Sonny’s best friend Dwayne (Jeff Bridges). Methodically the grubby cinematography and the camera’s closeness is almost un-cinematically counter-intuitive but it also feels like a welcome change, like Kenneth Anger and Maya Deren chronicling the smutty lives of straight rural Texans. It’s a good old evocation of mood while simultaneously cutting the BS. 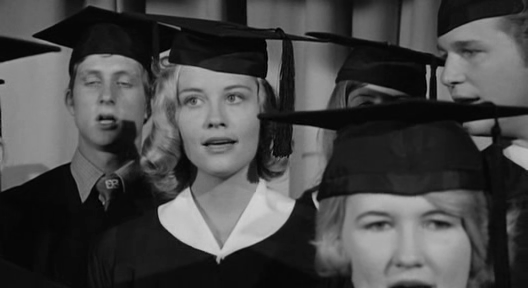 These men are in between stages of feral wolf-boyhood and foreshadowed deep-voiced manhood. The older men see them as members of their incompetent football team but within the same day they neck with their girlfriends in the dark while watching an Elizabeth Taylor picture. The Last Picture Show, like many late 20th century young adult texts, is about sexual awakenings and missteps. Sonny meets an older woman named Ruth Popper (Cloris Leachman, looking her best in a deserved Oscar-winning performance) and stands her for a few more minutes. While their friendship gets uncomfortably close, Dwayne’s girlfriend Jacy Farrow (Cybill Shepherd, a more girly version of Faye Dunaway) does her own exploring. Both characters repeat the patterns of the previous generation, Jacy taking after her mother Lois (the versatile Ellen Burstyn being hilarious and foxy). All of these are going on while these teenagers, walking slowly into being roughnecks, express their cynicism for a school and town that isn’t worth saving.

The audience knows what’s going to happen when Sonny takes out the trash with Ruth the same way that they react negatively to the relationships and friendships that the insufferable Jacy ruins. And yes, you’re allowed to use that and the phrases in the previous paragraph as euphemisms as long as you give Bogdanovich and co-screenwriter Larry McMurtry some credit. Anyway, the impressions that these characters take in their worst and most shocking scenes are so strong that we forget how Bogdanovich and McMurtry plants the seeds for these outcomes to happen. The movie doesn’t give us alarum bells when Sonny’s coach asks for him to drive Ruth to the clinic the same way that we don’t see Jacy’s layered reaction to Lois’ lessons of shrewdness. These pivotal moments and decisions occur in seventeen seconds instead of minutes. 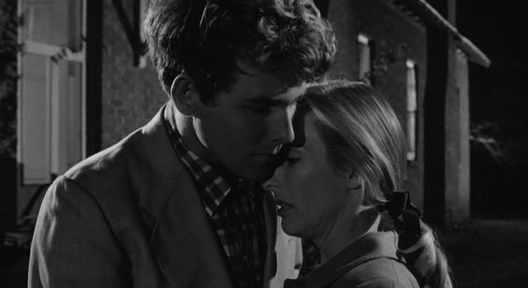 It has echoes in others tackling post-Western desolation but it also references past movies like the magnum opus directed by Bogdanovich’s idol Orson Welles. It has delightful moments, like a Western-styled non-standoff between Sonny and Sam, referred by the latter’s diner cook/hamburger expert Genevieve (the tough Eileen Brennan). Or real standoffs when its frank characters squeak their voices and destroy the English language, not that I’m one to talk. Then there’s all the awkward sex in between and all the scenes everyone else has talked about because this movie deserves it. The Last Picture Show is part of the Road to Hollywood, its next dates being April 3 and 5, promoting the TCM Classic Film Festival in LA between April 12 and 15. To the two people I know who are going to the festival, I am extremely jealous of you.