Friend 1: I want Casablanca to be my deathbed movie.

Friend 2 and I: You won’t like it the first time.

That’s because I didn’t. This also reminds me of that time I went to a public screening of the 2009/2010 Oscars when they were trivia-ing about the last year when there were ten Best Picture nominees, 1943 being that year when Casablanca won against nine other movies that no one remembers about and these two college-educated yet ditzy sounding girls behind me said ‘I HATE Ingrid Bergman.’ At that point of the night I wasn’t drunk enough to yell at her. But that’s also due to realizing that there’s a vocal minority that’s been maligned against Bergman and the other cast members because of their average performances in this movie. And I was one of those people. It took me the second time to realize that it was good and a third time to see its details while making fun of Drive on Twitter procrastinating on getting ready for a New Year’s Eve party that, no offense, could never have been as classy as the one I was watching. 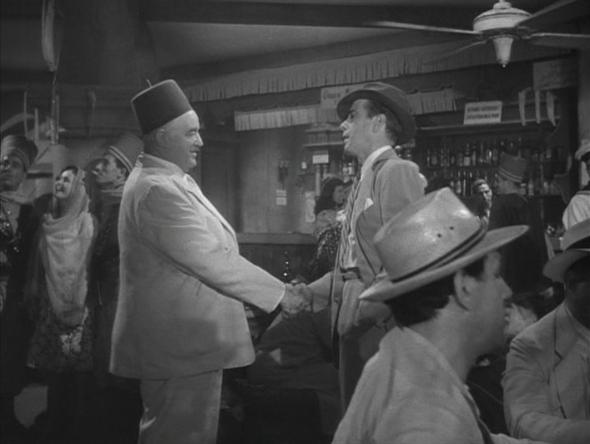 Casablanca is a decidedly different background for a reunion for stars Humphrey Bogart, Hollywood’s first yo-yo dieter Peter Lorre and Sydney Greenstreet or as I like to call it, this movie makes these ugly guys look good. Warner Brothers had the beat-up looking stars, Paramount despite of what we know has the hottest ones and MGM had the ones who could dance and sing. This summarizes our lecture on American Filmmaking in Studio Era Hollywood. Anyway, director Michael Curtiz turns these actors who, during the Maltese Falcon, looked scrappy with some disposable income, into white tuxedo, bow tie wearers who have more disposable income. His camera flattering them as they’re on ‘vacation’ – they might stroll on the streets and get a little tan and they look well rested despite their anxieties of exile and war and morality. 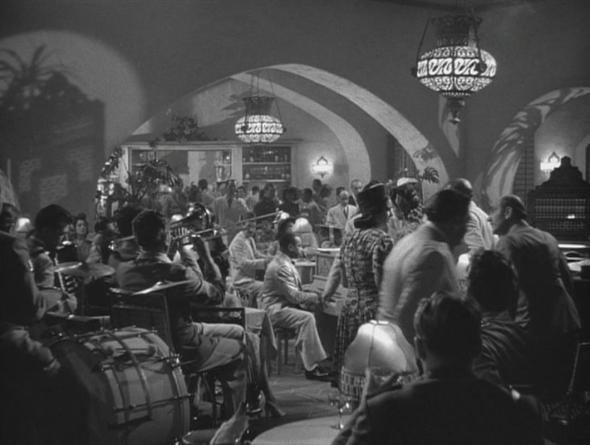 It didn’t start to impress me until the scene when Sam (Dooley Wilson) performs “Knock on Wood,” when I realized that the first seventy minutes here make up for the most fluid musical ever made. Two or three scenes of dialogue between songs in the right mix for the genre. And when the songs happen, Sam or the other performers have the same spotlight on them but they’re integrated with the bar/saloon’s patrons. Other musicals would have the performer and his spotlight dominating the screen, either forcing an externalized manifestation of their inner thoughts or the performer altering the world around him. It’s a kind of cheat that this ‘musical’ takes place in an environment where one can hear music but it’s more natural and we’re all the better for it. 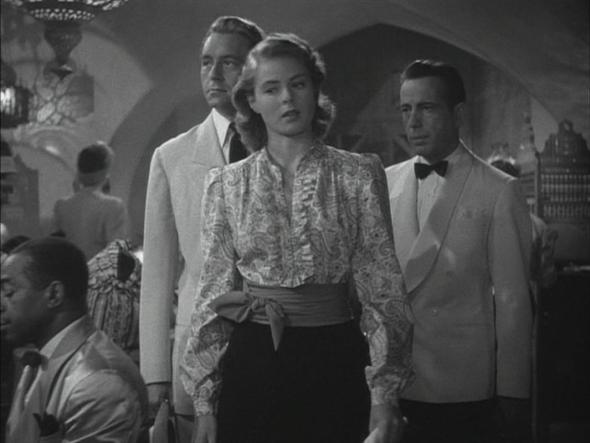 I remember the second time I saw this, realizing that the reason for this movie is to make love to Bergman’s luminous, youthful face. As Ilsa Lund, she and her husband Victor Laszlo (Paul Henreid) unknowingly enters her ex boyfriend’s namesake bar Rick’s (Bogart). Repeat viewings shed light on the familiar, also showing her maturity at 27, when actresses today don’t get taken seriously until they’re 31. She’s the most beautiful actress to beg Bogart for something and simultaneously break his heart. Acting wise she does all the work while Bogart, for what seems to be the first time in his career, is cool and collected. But somehow these opposite acting strategies work together. And as I’ve said before, he looks good here, blissfully enjoying Paris during the flashbacks. 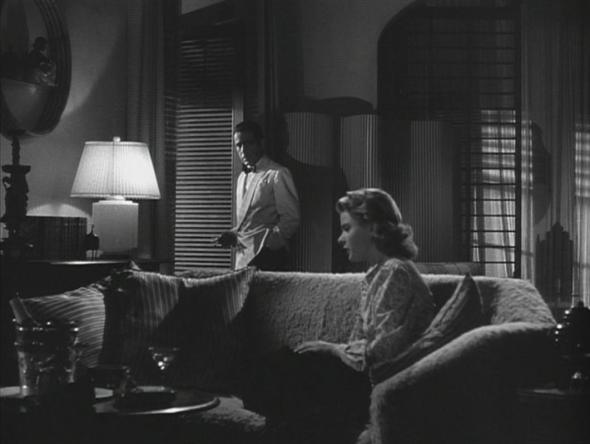 The cinematography serves the leads as it does with Rick’s establishment, the glitters from dresses worn near the bar and casino and the darkness when the patrons have all disappeared. The symmetry of these deep shadows evoke noir techniques I’ve seen in British romance movies of the era, where the love can forbidden despite the lack of guns. And unlike noirs where the men’s silhouettes haunt the alleyways and doors, the chiaroscuro stays indoors and somehow the frame doesn’t make me feel cagey. These sequences also reminds me of Curtiz’ later work in Mildred Pierce.

I don’t know why I didn’t like it the first time and that would have made an interesting post. I thought that the lines were cheesy, perhaps? But all cylinders fired off in repeat viewings and I don’t know why it took me this long for me to love this movie. 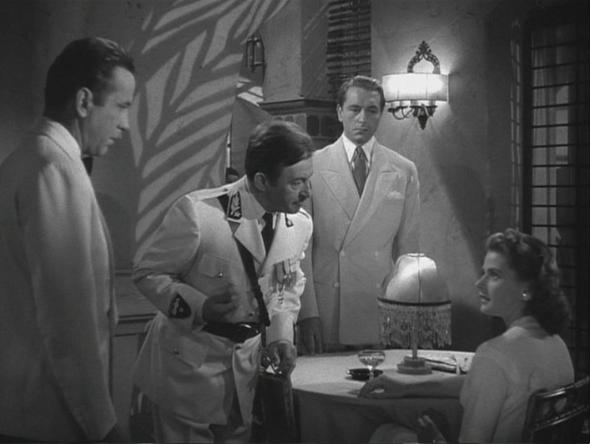 This entry was posted on February 14, 2012 by paolocase. It was filed under Movies and was tagged with 1942, best movie ever, Claude Rains, Humphrey Bogart, Ingrid Bergman, Michael Curtiz, Peter Lorre, Sydney Greenstreet.