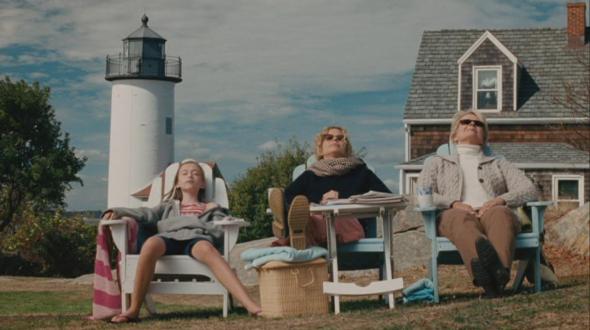 In Dianne English’s re-adaptation of The Women, Meg Ryan comes out of obscurity and plays Mary Haines. Mary is praised by her circle of rich, Long Island housewives even if her hair looks like that of a drowned rat and she dresses like her window curtains. Her husband, Stephen, is cheating on her and her friends Debra Messing and Jada Pinkett Smith) are all so surprised. Cue a more forced character arc than the original, her ‘I’ll change myself in hopes of getting him back’ is implicitly placing blame on Mary for Stephen’s indiscretion with a girl behind the perfume counter, Crystal Allen (Eva Mendes). This material has already been remade before with the 1956 film The Opposite Sex starring the insufferable June Allyson. Films about the rich were both a fantasy and a target for satire but today it just seems out of touch, upper-class snobbery falling flat in front of contemporary, more cynical audiences.

Despite my strong words above, I can see some things where this remake excels. The original has Mary’s declaration along the words of ‘In [her mother’s generation], women were chattel. Today we’re equals.’ She stays a trophy wife from beginning to end. It would be easy to fall towards Crystal’s methods by pretending to learn how to bake like a fetishized housewife, but in the remake, Mary is her own woman, actually getting her own career, her seduction is independence instead of subservience. Speaking of careers, this film also makes a bigger deal about the falling out between Mary and her best friend Sylvia Fowler (Annette Bening). It allows us to see Sylvia’s side as well as her clichéd struggle between her friendship and career, betraying the former to keep the latter intact. Slyvia inadvertently hijacks the story and even gets Mary’s daughter’s friendship because of her more realistic take on life.

Bette Midler is also in this movie. I’ve always been on her side in the Bette versus Barbra debate, although that changed in recent years with discovering Barbra’s work in Funny Girl and her winning streak in the 70’s while Bette is doing indie films with Helen Hunt that I nor many people have not seen. But all it needs to take me back is watching her character smoke pot with Mary. She looks good and she doesn’t overdo her lines, saying them like she’s experienced love and loss without them scarring her. If only the movie was two hours of female stoners, I would have paid to see that.