The Lovers: Midnight in Paris 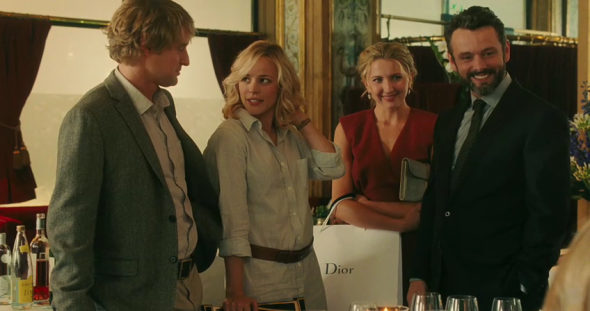 Gil Pender (Owen Wilson), visiting Paris for unknown length of time, is so taken by the city that he considers moving in, be a perpetual tourist and write his novel. His fiancée Inez (Rachel McAdams) thinks that he should go back to Southern California and stay on as the moderately successful screenwriter that he is. His romanticized view of Paris gets intermittently interrupted by his fiancée’s parents, her older friend Paul (Michael Sheen) and the latter’s yes-woman of a fiancée. After a wine tasting party, Gil takes a rain check when Inez and Paul want to go out dancing. He wants to ingest the city and gets lost. While sitting on some steps, the bells ring midnight, a vintage car stops in front of him and inside are people dressed up for a 1920’s themes costume party. They wave him in, he follows, and they take a ride from one charming, drunken party to another in for real 1920’s Paris. 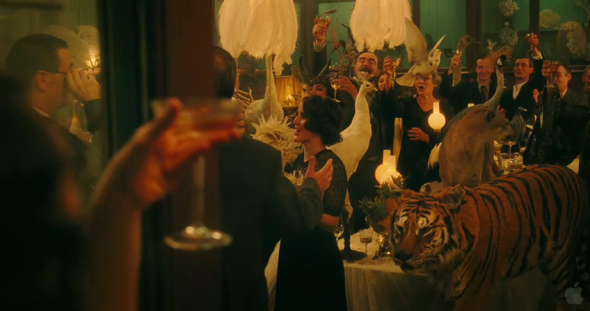 In his review of Woody Allen‘s new film Midnight in Paris for The New York Times, A.O. Scott says ‘critics…complain when he repeats himself and also when he experiments.’ The same can be said in his version of 1920’s France, the historical characters from that bygone era depicted like Coles Notes. Gertrude Stein (Kathy Bates, because who else?) saying something quotable and eloquent! Ernest Hemingway saying something equally quotable eloquent on an awesome musky drunken haze! Zelda Fitzgerald (Alison Pill) and Salvador Dali (Adrien Brody) saying something coarse and/or surreal that no one rightfully bothered to write down! It’s a damned if he does or doesn’t scenario. The latter might have made history buffs and literati take their own nails out. But choosing the former makes history seem like pushing a button to reassure Gil, as he tells Inez, that the people in the past are exactly what he thought they would be, and that he might not learn anything new despite going into this different world. 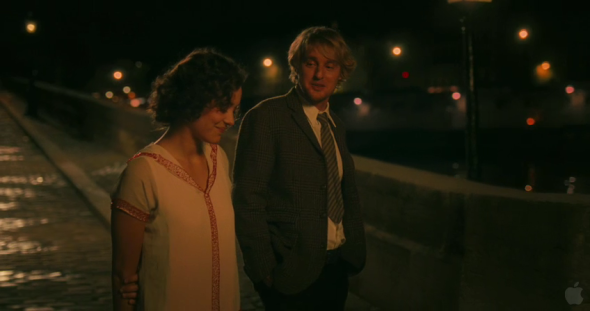 Thankfully, history gets a different narrative through Ariana (Marion Cotilliard), a fashion designer originally from a smaller French city. Conventionally, no one in her time would write about her, the thankless muse and objectified trophy to many artists. She’s smitten by Gil’s writing and befriends him. Instead of the gilded tourist-y, antique shop present day France that Gil experiences in daylight, shot marvellously by Darius Khondji, his midnight strolls in 1920’s Paris with Ariana are gray, mahogany and smoke. She leads him to avenues with a whopping four prostitutes in one block. Four! She tells him about her relatively hard life and her encounters with sleazy people of that time. 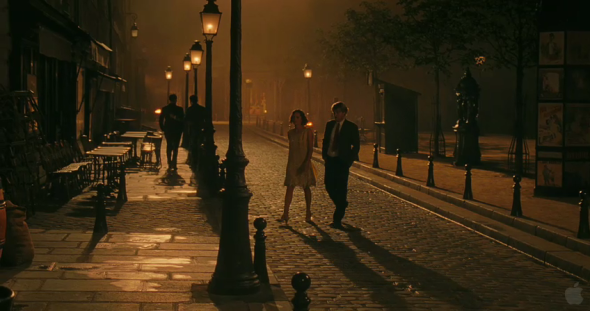 Through Cotilliard’s commendable performance, Ariana talks about being these artists’ and writers’ lovers or working under revered couturiers as a measly job or a mere stop to a drifter’s journey instead of an honour that Gil thinks it is. Kindred spirits with differences attract, and it’s very convincing that instead of hanging out and being a sponge to ideas from these great writers, he is more fascinated with ‘some girl.’ Ariana is just one of  the film’s female characters who are counter-subversive to Gil’s subversion, being able to see the cracks within his nostalgia. Gertrude Stein criticizes a painting that would end up in a gallery that Gil revisits in the present day. Inez’ mother questions his lack of taste in furniture. 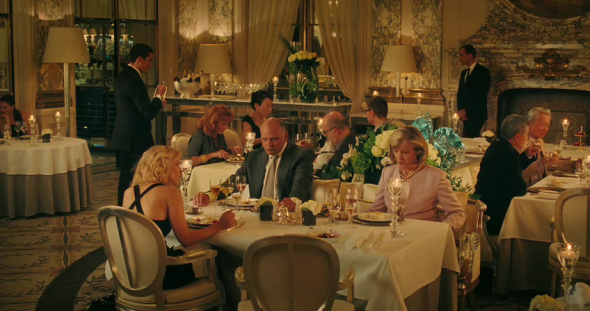 Woody Allen’s previous takes on the past are more magical, an element greatly missed in this film. Sure, there’s that bit of dust touching the vintage car as they’re going to Cole Porter’s party, but instead of fully embracing the world where Gil finds himself, we instead see his eyes get bigger, the characters introducing themselves with names of people who have been dead for years. But at least he replaces magic with self-awareness. 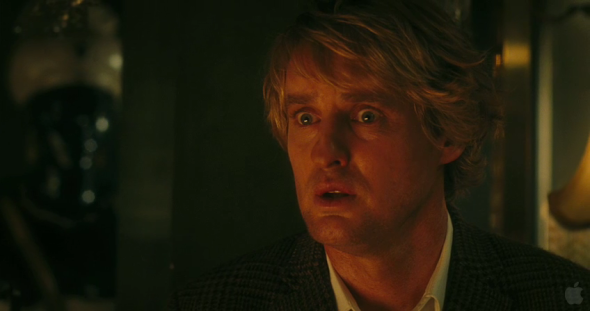