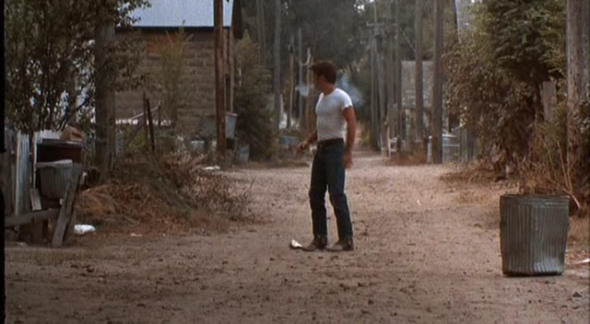 My dad thinks he’s cool. He’d tell me about how his dad was too cheap to buy him the disco suits all the other teenagers wore so he had to settle with and rock the white T-shirt and jeans like Martin Sheen in the 1970’s. They showed a Martin Sheen movie on TV in the Philippines, the actor strutting down a back street, squinting his way into nonchalant cool. His working-class anti-fashion fitting his body properly like it only does with the young. I didn’t know back then that Dad was introducing me to one of the most revered auteurs of all time, tackling a subject I shouldn’t be watching. I’m not sure he knew neither. His hair’s as long and parts the same way like my dad too. 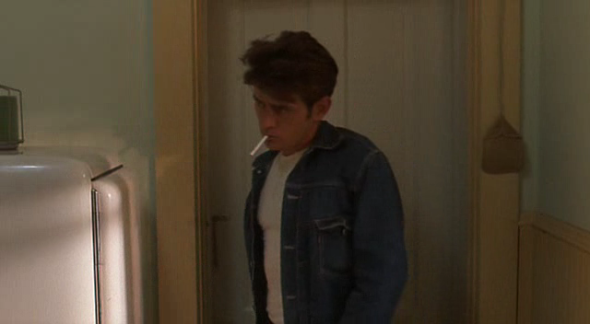 Matt Zoller Seitz, in a video essay about Terrence Malick‘s Days of Heaven, said that it was ‘like the greatest novel James M. Cain never wrote.’ Those words seem more fitting with his earlier film Badlands, with Kit as a good old boy who has his own set of ethics that makes sense even in its contradictions. Sheen, harking back to James Dean, presents a different, naturalistic version of old-school. He’s masculine in his rebellion while childlike in thinking over the rules and consequences of his crimes. He arbitrarily knows when to stop playing and doesn’t feel remorse about being caught. 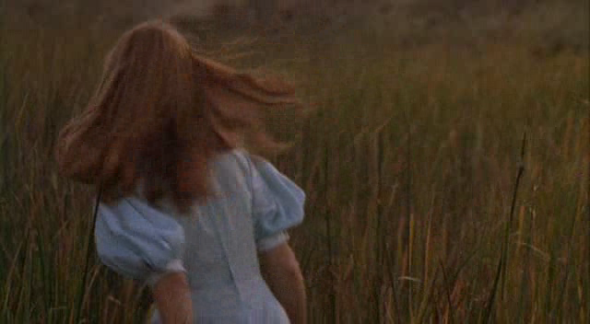 If Kit, in his simplicity, is consistent, Holly Sargis (Sissy Spacek) is the opposite and constantly changes. Although she’s never convinced me as an infantile 15-year-old, she’ not so mature nor womanly neither. We’d think that by the time they run away, she’d ditch her Southern princess behaviour, but instead of a linear evolution, her outlook has different waves. Sometimes she’d be like his female counterpart or wear a bandanna on her head, looking like a 1950’s housewife. At other times she’s a stubborn doll, enacting her unrefined yet legitimate rebellion against Kit. 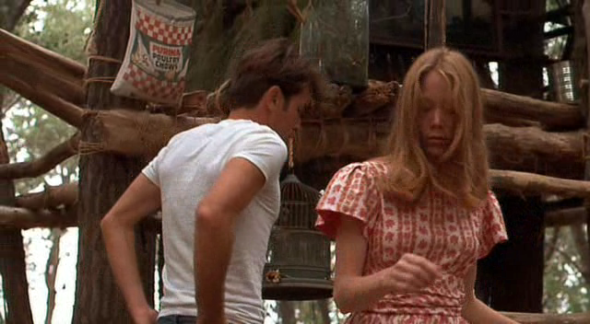 I didn’t realize that a Malick film was used as sartorial inspiration, but it’s genius. This is also his most narrative film so far. There’s the traditional landscape imagery, using more textures and colour palettes than his other, later films do. But nonetheless the two young rebels stand out within the backgrounds as well the exciting shoot-up scenes that most crime films would have. Badlands is showing at the TIFF Bell Lightbox at June 14 at 9:30 PM as part of the venue’s retrospective on the director.