‘Gothic’ as a film genre 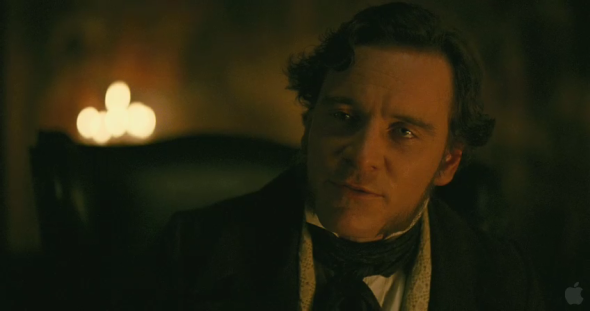 Did you know that I’ve seen three Michael Fassbender movies in the same room? Jane Eyre –  my poorly written review here – is playing now at the Varsity 8, possibly the biggest screening room in Toronto (if you don’t count the repertory and TIFF theatres). I also saw Hunger and Inglorious Basterds at the same screening room. That’s one hell of a coincidence.

Then I thought about the difficulties of perfecting Gothic literature into cinema in the age of colour, the grainy textures of  the walls of a grand old house pale in comparison against the shadows of black and white films?

Gothic cinema to me are movies released in the 1940’s or 50’s. Rebecca, Hamlet, The Secret Garden, but those movies are also called ‘noirs,’ referring either to genre or style. I looked up Gothic cinema on Google but the films that the pages listed belong to more genres – German Expressionism, Hammer horror, giallo and new Spanish cinema. Maybe ‘Gothic’ is too big and elastic of a bracket to have ever been considered a genre in the first place?

Anthony actually brought up Shutter Island as Gothic film’s ‘truest recent inheritor,’ which makes sense since the film checks off things on the list, scary men, haunted architecture, jagged rocks, insanity, damsels in distress. The film’s sensory overload, with the blaring bass of the soundtrack to the white screen flashbacks, also matches the descriptive prose of the Bronte sisters and Byron.

Jane Eyre has a slightly faster pace and is more plot-centred than the impressionistic feel of Emma Thompson’s Austen adaptations. The visuals are Campion-esque. I looked for Gothic references through the artwork featured in the film. The pictures within books that the young Jane (Amelia Clarkson) reads are minuscule, mature Jane’s (Mia Wasikowska) drawings more ethereal than ghostly, the paintings in Rochester’s (Fassbender) walls are French academy. I’m sure he has a Goya or a late Rembrandt tucked behind the walls somewhere, like ‘Grace Poole.’

The film has harsh close-ups under candlelight, foggy moors with barren trees, claustrophobic dark rooms and hallways but those images together don’t a Gothic movie make. I blame Dario Marianelli‘s score, its violins playing at a slightly slower pace than the faster piano footsteps in Atonement, although I’m not saying that those scores aren’t great.

Shutter Island embraces its campy insanity, as Anthony said it’s more Poe than Romantic. Fukunaga and crew, however, didn’t want Jane Eyre to associate too closely with genre, hoping it would bring the film some quality (it succeeds in doing so). I’m also hesitant in Gothic cinema’s campy tendencies, especially in its manifestations in Hammer or giallo. Is it scary if I’m laughing at the cheesy organ music? The visuals might be seen as gags if they veered closer into genre film, and Fukunaga then seems to tone it down.

Rochester should also be scary, my father’s girlfriend distinctively calling him a monster. But Fassbender gives the character heart, talking about horrific things with concern instead of disgust. Sally Hawkins‘ Mrs. Reed also seems more misguided than fiercely cruel. These sympathetic villains outweigh the abuses of Mrs. Reed’s son John, the Lowell headmaster and the force behind the terrors within Rochester’s home. One is underage, another is insane, all are bit parts. The movie decides to absolve those characters’ sins despite their actions. The wise forgiveness of an adult governs this film instead of the fears of a biased, oppressed child. 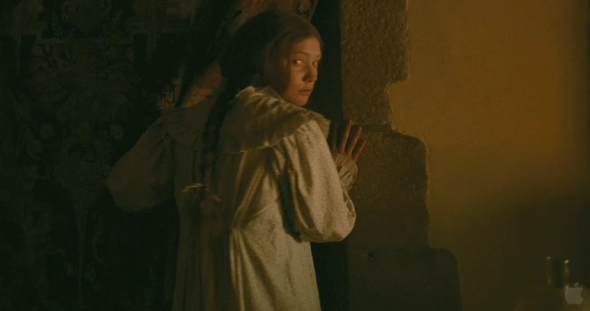 But in the end, do I care if Jane Eyre didn’t meet nor revive a genre’s expectations? Not yet, still swooning.