Banjo music plays during car chases when the gang of Bonnie and Clyde get away, the only soundtrack we hear in the film. The film doesn’t romanticize through diagetic music, the gang’s ups and downs portrayed through a consistent tone.

The gang drive by the countryside too quickly, or cut often towards close-ups. The film’s briskness still allow us to experience great images, slowing it down would only call attention to its Academy Award-winning cinematography too much. Images like during nighttime on highways, the only source of light are the headlights from the car. The interiors of the cars are well-lit, but outside they’re plunged into darkness, surrounded by the insufficient infrastructure, alone in their journey’s last legs.

Or when the gang visits Bonnie Parker’s (Faye Dunaway) family, the yellow earth of that country under sunny haze. The film’s most manicured moments are here, the clouds looking too light. Bonnie breaks the scene’s dreamlike essence, feeling disconnect between her, her senile mother, and her shortsighted boyfriend Clyde Barrow (Warren Beatty). 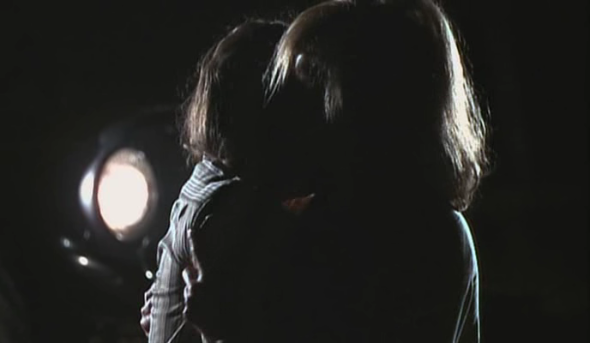 The actors don’t deliver lines like those in earlier gangster films, realistically sounding like hicks instead. Most of the actors exclaim their raspy Southern accents, mostly during good times, but the dialogue’s just as energetic and quick during the film’s denouement.

The gang aren’t Robin Hood, nor am I attracted to them in the Manichean sense.  They don’t seem evil, even with the cop killing, infighting and how they narcissistically take pictures of themselves. The characters behave like ones in early Godard films, impulsively childlike, dressing up and chasing their victims, toting their guns.

The film’s doesn’t view them as neither good nor evil. The newspapers portray them as curiosities instead of hunted criminals. The bankers they rob hog the camera just like the gang. A couple (one half of which is Gene Wilder) rides along even if the gang steals their car. The rural sprawl causes plurality of reactions towards the gang, equally creating both fans, onlookers or snitches. 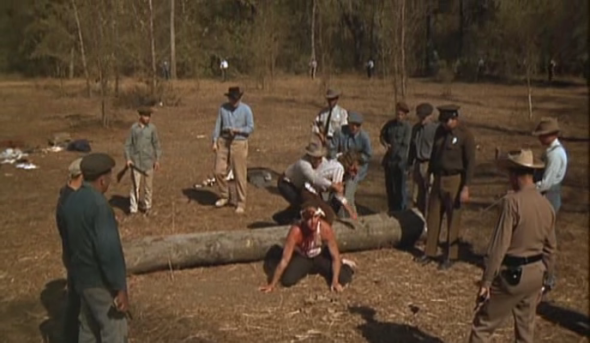 The ‘good guys’ don’t live up to their labels, as Texas Ranger Hamer goes to Missouri hunt for the gang for bounty money instead of protecting people from his own jurisdiction, his quest for them eventually rooted on revenge and not on trying to do good.

The characters often think of the couple’s death. The farmer in the bank promised to order them flowers at their funeral, a morbid way of saying thanks. Bonnie poeticizes their martyrdom. We know how this film’s going to end but not its specifics, a few close-ups of the couple followed by a wordless shootout, without lyricism, a brutal defeat portrayed in twenty seconds.