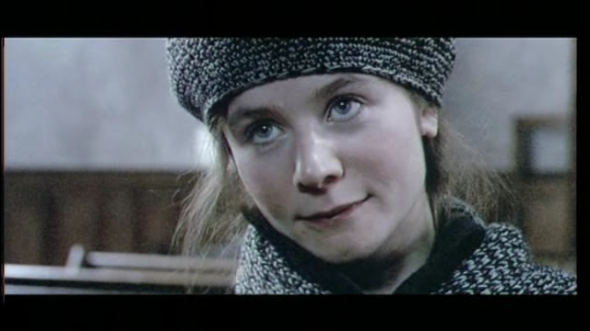 Bess McNeill (Emily Watson) petitions to an all-male Christian council to be married to an outsider, Jan Nyman (Stellan Skarsgard). She tells them that the outsiders are good because of their music, her eyes telling the camera that she isn’t talking about music at all. It’s already been established that her community’s very patriarchal, that even in the beginning, a beloved member of a community and her family will be addressed with the words ‘Hold your tongue, woman.’ Or that women in her community are not allowed to discuss questions during church like men. Or that this society relegates women to waiting for their men for long periods of time as they go to work on the rigs. These first scenes already denote the film’s themes – a young woman’s blossoming sexuality clashing with patriarchal suffocation. In no way do these scenes prepare us for the film’s second half, putting Bess in an emotional roller coaster on earth previously unimaginable. 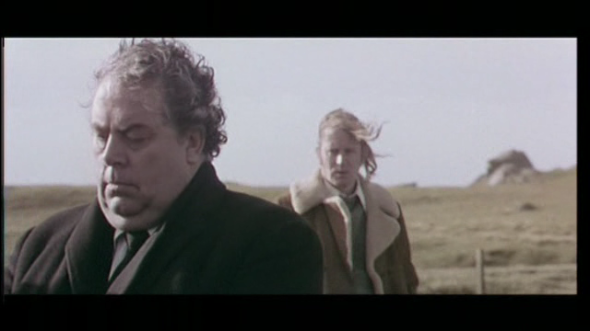 Women are forbidden to go to funerals. Antony Dod Mantle (not pictured, not that I know) will rise again to win an Oscar.

Bess has put a heart on November 26 on her calendar, marking Jan’s scheduled return. She lets out a childlike outburst when she finds out that her sister Dodo has ripped and hidden the calendar. She wrestles with God (Watson in a deeper voice, don’t ask) for her husband to return ten days before he’s supposed to come. God tells her that she’s changed but nonetheless grants her wish. I watched the movie on November 27,  thirty something years and a day after Jan’s supposed to come back. 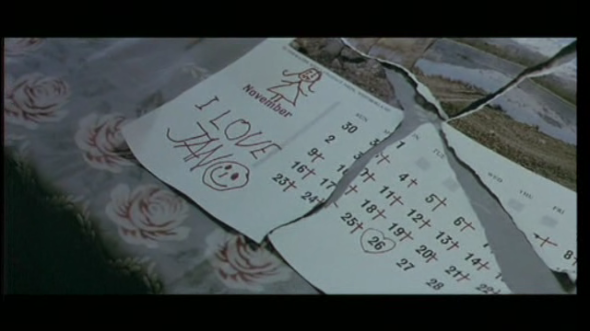 I’ve had at least a week to think about the film’s ending. Sure she didn’t plan for her husband’s debilitating injury. Nonetheless, Bess got the best possible escape to her situation. I wish I can have someone to politely argue against this film with me. I’m usually good to subscribe to feminist, politically correct readings that speak out against auteur’s misogyny. Yes, showing a woman being oppressed isn’t enough to be the equivalent of a statement that women shouldn’t be oppressed, as many aueturs and apologist critics and film writers have lazily tried to argue. von Trier, from the only other movie I’ve seen of his, gives his women 150 seconds of victory to erase 150 minutes of degradation. It’s up to you the audience to buy that, which I do. Yes, change is the only way to combat a patriarchal society. Yes, Bess is still dead. However, it’s not as if Bess can move to New York City and burn her bra. Yet her sacrifices ensured her husband’s convalescence who in turn can defend her right for a proper burial. Dodo eviscerating the men at Bess’ funeral seems satisfying. Lastly, von Trier successfully makes his audience believe that Bess did go to heaven. I know I should have a problem with the material, but I don’t. 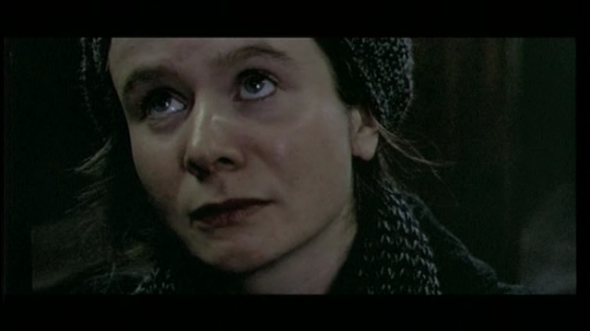 This entry was posted on December 9, 2010 by paolocase. It was filed under Movies and was tagged with 1996, Best Actress nominee, best movie ever, British actresses, Emily Watson, Lars von Trier, Stellan Skarsgard, TIFF 100.