Rule number 4 or whatever of blogging – Be careful when you’re blogging while drunk and/or angry. I wouldn’t recommend people to do it because instead of writing seven hundred words for a piece, I end up writing half of that when I’m drunk and/or angry. That, however, often means I get a lot of work done because of either fatigue and just wanting to get things over. Speaking of…repeat after me kids, drunk and/or angry, I’m only one of those things tonight but the characters of Who’s Afraid of Virginia Woolf are both. I’ve had the chance finally to buy the book since one of my coworkers have, and decided to read it while playing the movie. Not the best idea since there’s a lot of cut, paste and add in the film’s script, but do as I say, not as I do. I haven’t finished rewatching the film, but I’ve fed you kids trash for the past two days might as well talk about a great film, although I’m not sure if I give justice to it. 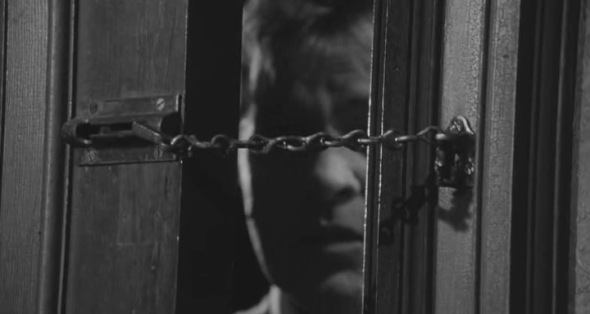 I also want to say that I kept imagining Henry Fonda as George, who was offered the role on the play’s first Broadway production. I also want to say that George (Richard Burton) concedes the play to Martha (Elizabeth Taylor). I don’t know why that is. Maybe he plays the calmer host to Martha’s angry drunk host. I’m not gonna say that Burton’s performance isn’t great because I don’t even believe that, but he has the most lines yet it doesn’t feel that way. I will now try to entertain you with the best line reads in the film.

MARTHA (In a so-there, childish voice) Daddy said we should be nice to them. 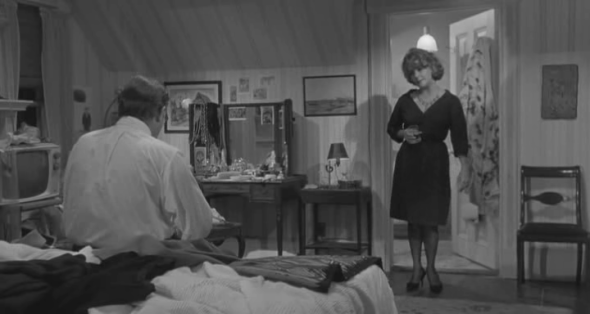 HONEY (Sandy Dennis) He’s not a floozie…he can’t be a floozie..you’re a floozie.

GEORGE And that’s how you play get the guests.

NICK (George Segal, who honestly is as good looking as he is young and fit) Where is your husBAND?