Loosely based on Thomas Hardy’s “Far from the Madding Crowd,” ‘Tamara Drewe’ isn’t that visually interesting. The blue-tinted flashbacks compared to present day warm hues, the non-split screen between characters. Those two things don’t seem groundbreaking at all. The film’s first thirty-five minutes merely introduces the characters. The titular character (Gemma Arterton), a swan of a journalist back in town with a new nose job. She also owns a house that is originally owned by the working class Andy (Luke Evans). Two teenagers, Jody (Jessica Barden) and the other one, read gossip magazines. A mix of novelists, Glen (Bill Camp) and Nicholas (Roger Allam) stay at a country house and rock stars like Ben (Dominic Cooper) and muscular help. Like the source material, Tamara scandalously has relationships between two men who are wrong for her while the right, gruff one, in the case Andy, is waiting to become the third. 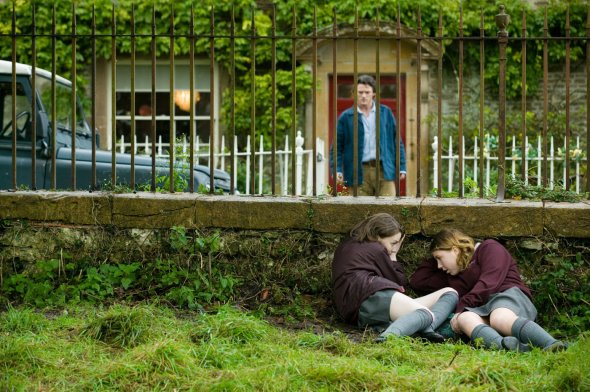 Before we get to that inevitable end, there are a lot of subplots and minor characters colouring the film. Jody spies on Tamara and disapproves of the latter’s relationship with Ben, hilariously saying ‘She can’t love him. I’ve loved him since March.’ That’s when the film really begins. The film’s style of comedy isn’t selling Britishness and is more universal. We have campy adolescent humour. We have Nicholas, an otherwise successful crime novelist and his physical output on the frustration of his old life and a new life he can’t have. Glen also has a few quips delivered so subtly that it took me fourteen hours to realize that they were poop jokes. 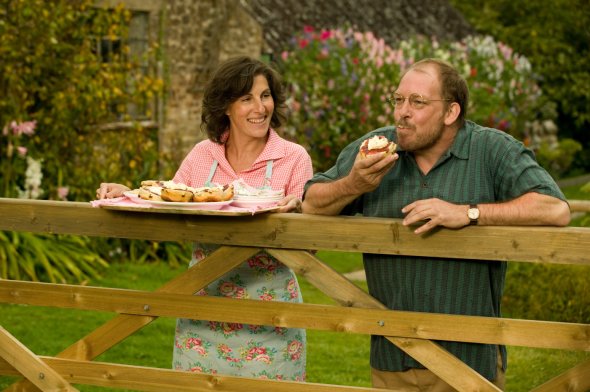 I do feel ambivalent about the film’s understanding of love –  I hinted about this already in the first paragraph. On one perspective, love is a step higher than friendship. One’s words of approval sparks the other’s love even if this other person isn’t filmed to have that eureka ‘I love her’ moment. Tamara trusts Andy on what to do with ‘her’ house. Nicholas’ wife Beth (Tamsin Grieg) tells the dejected Glen that if he writes the way he talks about Thomas Hardy, it makes the man more interesting. Another thing about those encounters is that the women ave the upper hand without purposely asserting it, and their words are given more attention to than the men’s reactions. On the other hand, the film lets the characters end up with their true loves and wants the audience to believe this should work because they have been badly matched with others.

Nonetheless, the films’ funny and engaging, moreso than the ‘epic’ Julie Christie film in the 60’s. Although Alan Bates‘ character seems more like a realistic cute-enough working class man than Andy, who looks like less embarrassing version of Fabio. I take the lot of good with the bad.