The ambition and spectacle of Fritz Lang‘s film Metropolis makes you forget the others. It shows the technology and  possible in a fictional 2026, buildings, freeways and city lights storeys high and the slavery and class stratification running that society. There are apparently 300 extras needed for this film – it wouldn’t be a city if it doesn’t have the workers, the party-goers and the mobs to make the infrastructure look real. No film production today can brag the budget to make set designs like what we’ll see in this film. 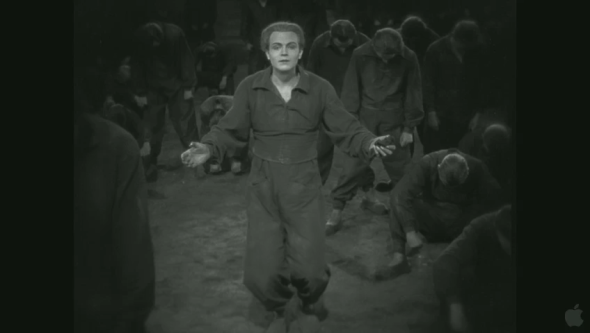 This is the second time I’ve seen this film – the first was in a film genre class I wasn’t even enrolled in, at the time when the lost footage hasn’t been restored. There was also a screening at Yonge and Dundas Square that played the film with a trip-hop score, which I missed and would love to have seen. The screening this past Wednesday at the Bell Lightbox was accompanied by Gabriel Thibodeau and conducting string and brass sections, playing to a full house. There’s something sinister in the horns sounding off when Freder (Gustav Frohlich) runs and wins a dash around a race track, as well as a satirical – not parody – atmosphere in the decadence of the upper classes. The sound has more volume and boom when we see the catacombs where the working class lives. And of course, silence in moments like when we see the clock showing the end to a ten-hour shift, and more silence in tense moments.

There’s a lot of little things about the characters that I remember or notice at this second viewing, like the female costumes, a mix of rococo and flapper girl, noting that the film really isn’t talking about the future. The named Rotwang (Rudolf Klein-Rogge), a name I’ve tried to search and scour for an origin. How Maria (Brigitte Helm) looks less like LeeLee Sobieski this time around and looks more like a blonde, fair, young and naive version of Norma Shearer. She embraces the children like St. Ursula, one of the subtler images in a very Christian film. 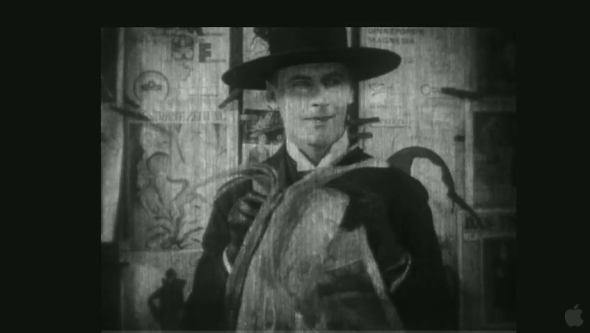 The lost footage also sheds new light on the Thin Man who is creepier this time around. There’s also the lightning and other visual effects – they’re up on-screen and I don’t and can’t question how Lang and his crew got them up there. And how we only see animals, mutant ones in the garden of the Club of the Sons – the working class have no animals nor pets. 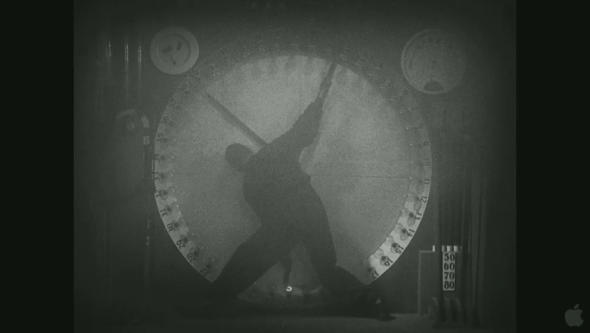 Freder can run track and beat up people, but since he’s human, can’t last a breakless 10 hour shift. If you didn’t take a second look at him, you wouldn’t know he has upper body strength just like Maria or Josaphat (Theodor Loos) – I didn’t know Germans named their kids Josaphat. Anyway, they do need upper body strength for saving children from a massive flood, climbing through stairs and ladders, or clinging to railings on the roof of a cathedral. Also, the three characters’  clinging scenes aren’t filmed from the POV of someone looking down but either on eye level or from slightly below, where the workers and children would be. Still tense, though.

Metropolis is playing today at the Lightbox at various times. 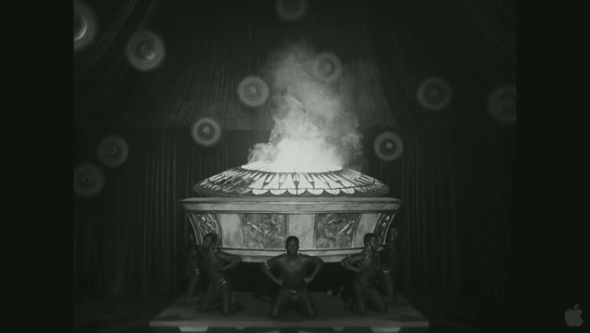 This entry was posted on November 17, 2010 by paolocase. It was filed under Movies and was tagged with 1927, Brigitte Helm, Fritz Lang, Rudolf Klein-Rogge, sci-fi.