Spot the difference. “30 Rock” made things different last night by having their show live, and they were so nice they did it twice! I do, however, have doubts on how this episode, having two versions, is gonna play out in eligibility the Emmy’s/Globes/SAGs/whatevers. I don’t know how that works. Rest assured, this episode is Jane Krakowski‘s shining moment, one of many.

Oh, also, this is the first time Judah Friedlander, Kevin Brown and Grizz Chapman performed live, although I don’t remember Grizz having any lines, as usual. Otherwise, everyone else in the cast had stage experience – Matt Damon appeared on the West End – and although the first scenes of the east coast episode felt awkward, they eventually got the hang of it. All of the helped create an episode that still fits with the rest of the “30 Rock” canon.

Anyway, differences. ETA: although Vulture did it better. 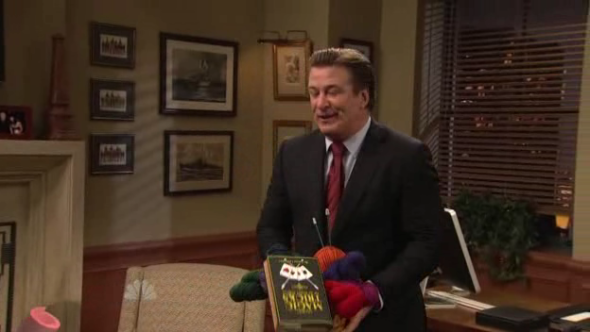 For the East Coast, a book drops. For the west, the book is placed at the other end of the basket and Jack (Alec Baldwin) doesn’t pick it up. 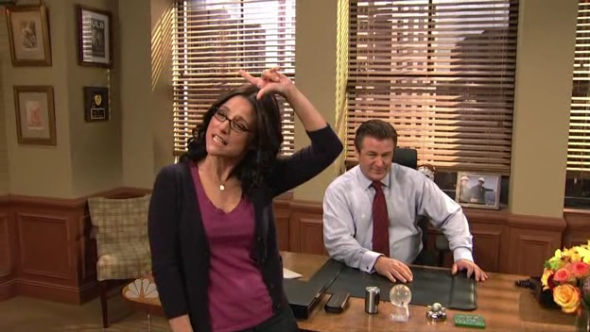 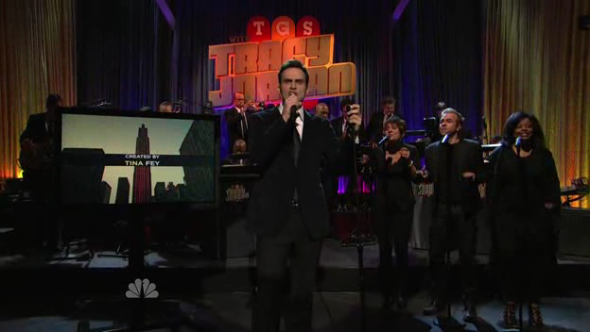 Krakowski sings in the East Coast version while Cheyenne Jackson sings for Glendale, Vegas, Portland. And no, I’m not gonna say something that gonna make me sound like Ramin Setoodeh. 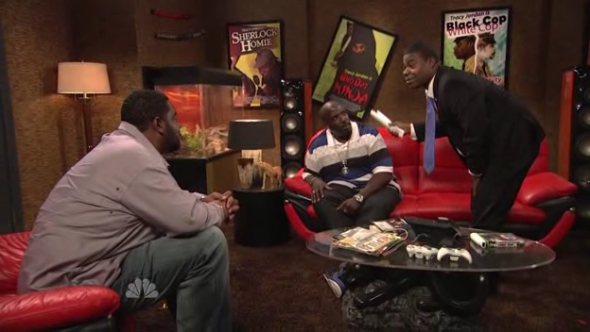 Tracy Morgan screws up the set up for Dot Com’s (Brown) Angels in America joke. No one cares about this mishap, not even I. 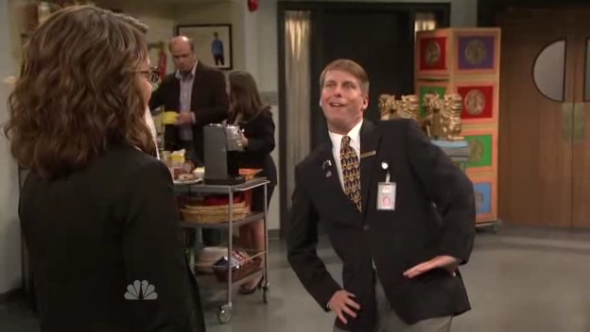 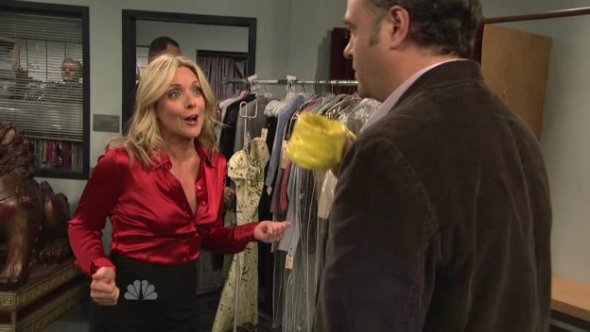 ‘Choke a cop with your panties.’ In the East coast version, instead of ‘cop’ I distinctly heard ‘cock.’ 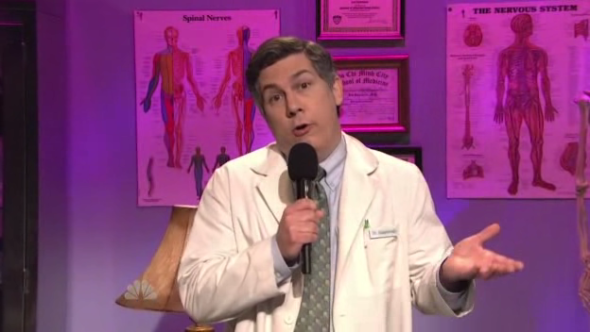 In the West coast version, the songs were more rape-y. Also, I just realized that the sketch-oriented episode was what Fey wanted to show to have become. How things would have turned out. 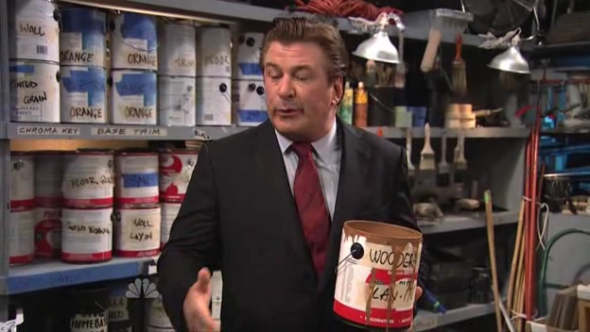 East: Men need alcohol. It’s the first thing every civilization makes along with weapons, and shelters to enjoy prostitutes. West: It gives us the ability to hit on women. And later, when we’re married, to tune them out. Also, when Baldwin delivered the ‘penis was smaller’ line, the camera was closer to his face. 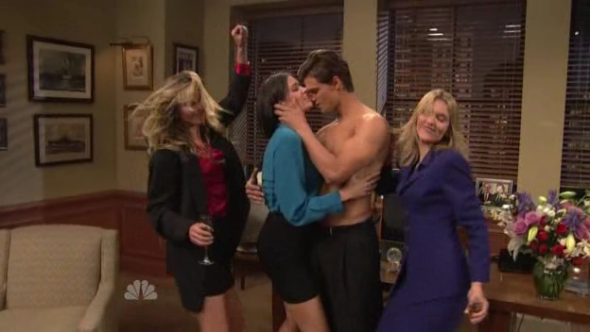 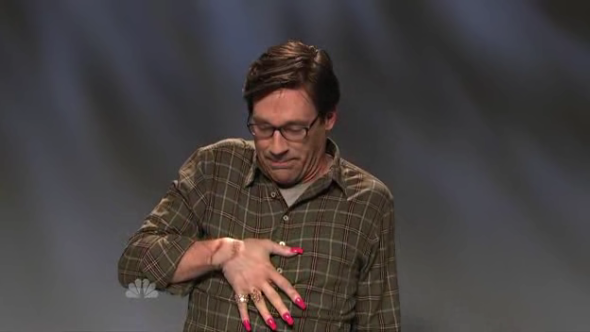 East: “Thanks for an idea that started as a pitch for a horror movie and grew into a charitable institution…” West: “I’m so tired. Oh, God. Please take off your rings.” 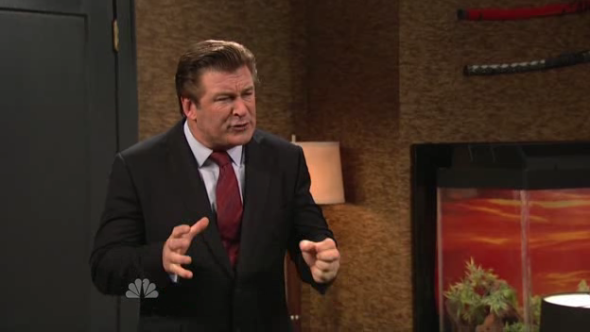 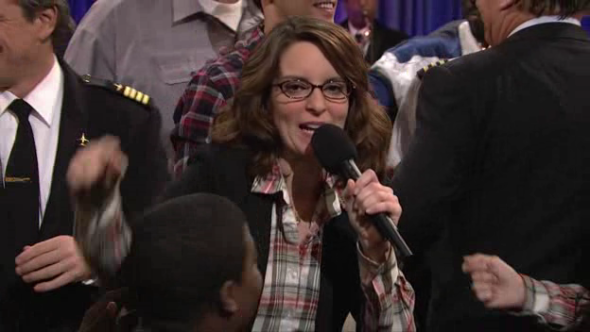 East: Are we still on the air? West: You’re watching The Office right now!