If I was Gena Rowlands

“I guess you don’t read the theatre section of the paper.”

Hit her, Marion (Gena Rowlands), hit her! There’s only the three of you in this block. However, unlike this classical period in his career, Woody Allen films have only been violent in the past six years and only twice within that time. Anyway, I’m criminally new to Gena Rowlands’ word. Someone give me a movie where she literally kicks ass. Gloria?

Also, I’d hesitate to do any physical harm to Claire. I love the actress playing her, Sandy Dennis, specifically because she can steal a scene from Natalie Wood. And Dennis actually looks better in 1988 than she did decades before that. I’m so bad in not knowing that Dennis did major work after Woolf.

I’m also reminding myself while watching bits of Another Woman that this is Woody Allen evoking American Ingmar Bergman. I’ll give Bergman’s right hand man Sven Nyqvist, this film’s cinematographer, in how empty New York looks, and I’ve never viewed that with suspicion until now. This won’t be the last time we’ll see New York so empty. And is that light bulb on top of that post or behind that window? Anyway, Bergman also influences Allen’s work here to the direction of subtlety and, well, passive-aggressive dialogue, secret emotions, distorted memory, women being unfair towards each other. 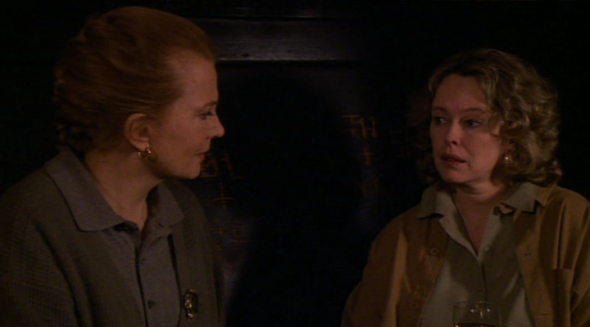 Let’s fast forward by four or five minutes, where we find out that adulthood is a series of broken friendships. Marion takes Claire and her husband to drinks in a dank pub with etched walls, Claire sulks and then tells her she’s an unconscious home-wrecker. Now we know why Claire utters that quote above. Imagine how hurt Marion feels by learning this. The way Claire gets destroyed makes it a dirty victory for Marion, but classy and newly introspective as she is, she does not take the trophy home. I can’t imagine anyone questioning her actions by this time.

This entry was posted on September 6, 2010 by paolocase. It was filed under Movies and was tagged with 1988, baby boom, best movie ever, best scene ever, bitchery, Gena Rowlands, New York, New York City, Sandy Dennis, Woody Allen.