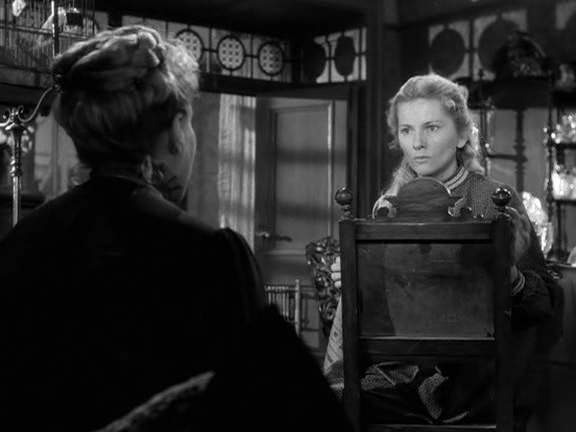 Oh, Joan Fontaine. She tells a character’s story like it’s her own. For less than a decade in her career she’s been playing little girls who grow up. Her performance is Max Ophuls’ “Letter from an Unknown Woman” made me remember “Rebecca” and start my ‘Best Female Performances’ list, but that’s still too big a task for me. She’s like the precursor to actresses like Kirsten Dunst, the latter having played teenagers for 15 years in her career.

Lisa Berndle (Fontaine) experiences an unrequited love with an egotistic pianist, Stefan Brand (Louis Jourdan). Her earlier mannerisms are waif-y and awkward but she grows into a poised but nonetheless oblivious and idealist of a woman. Her voice is more full and thus distracting this time around. That also means she puts just as much sympathy and maturity to her character the same way that Jourdan does with Stefan. 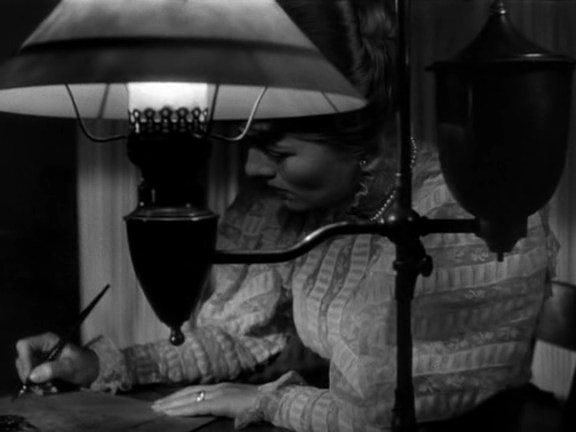 The characters are still placed within the constraints of a melodrama. I love melodramas but I can’t find a place in my heart for this one. Lisa’s still a stalker. She must have known how Stefan would treat her knowing that he goes through women. She feels no anger for him despite his forgetfulness and how he has not supported their child. Also, despite of how bad his actions look on paper, the film doesn’t blatantly show a streak of meanness on Stefan. However, if the audience had a bigger hint of that, they might have walked out in droves.

What I also appreciate in “Letter” is Ophuls’ auteur-like touch on the film. There’s the long take camerawork that follows its subjects like a carousel. There’s diamonds and glitz and trumpets and music. There’s also the little freedom that the he allows female characters, like he does in parts of “The Earrings of Madame de…”. I’m not an expert on classic melodrama, but I can’t imagine any early female characters allowed to have a second marriage or a marriage after a second child, or the social mobility involving with a 19th century model marrying a general. With Ophuls’ worldview and Fontaine’s performance, it also seems like the movie is more about the fun Lisa had along the way instead of the tragedy that befalls her, and both feel refreshing.

This entry was posted on June 29, 2010 by paolocase. It was filed under Movies and was tagged with 1948, Joan Fontaine, Louis Jourdan, Max Ophuls, melodrama, Robin Wood.